Ball of Confusion on HB2 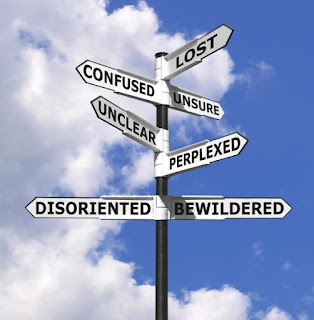 Well, the only person talking about love thy brother is the preacher
And it seems nobody's interested in learning but the teacher


Aggravation, humiliation, obligation to our nation


Oh yeah, that's what the world is today*

There is so much emotion, venom and flat-out disinformation being dispensed out there that no one in the general public seems to know what to think about this controversial issue.

Several people have asked for a primer on the subject so, with the caveat of this not being 100% in our wheelhouse, here's some background information you might not be aware of regarding HB2 that might help you at least understand how we got here and why it has been so explosive.

I. North Carolina is a 'Dillon Rule State'.

'All power in the state derives from the state legislature' as described in this film from 1963, 'The Ayes Have It'.

In 1868, Judge John Dillon of Iowa issued a decision which established the supremacy of the state government over municipalities much in the same manner as federal law pre-empts state law.


'Dillon's Rule is derived from the two court decisions issued by Judge John F. Dillon of Iowa in 1868. It affirms the previously held, narrow interpretation of a local government's authority, in which a sub-state government may engage in an activity only if it is specifically sanctioned by the state government.

Dillon's Rule was challenged by Judge Thomas Cooley of the Michigan Supreme Court in 1871, with the ruling that municipalities possess some inherent rights of local self-government. Cooley's Rule was followed for a short time by courts in Indiana, Iowa, Kentucky and Texas until the U.S. Supreme Court upheld Dillon's Rule in 1903 and again in 1923.

Since then, the following tenets have become a cornerstone of American municipal law and have been applied to municipal powers in most states:


39 states are 100% covered by the Dillon Rule. Another 8 states cover only certain municipalities.

If you go sit in the NCGA for any length of time, you will see dozens if not hundreds of local ordinances being brought up for discussion during the course of a legislative session. This has been going on in the NCGA dating back to 1868 which was about the last time Republicans controlled the North Carolina state legislature until the election of 2010.

'All Power Derives From The State Legislature' in North Carolina whether you like it or not. It has been that way under virtual 100% Democratic control for 140 years before the last 6 under GOP control.

If you want to change that fact, you will need to find some way to get around the Supreme Court ruling of 1923 and probably amend the state constitution while you are at it.

II. The Issue of Transgender Rights in Bathrooms Is An Organized Nationwide Political Effort

This issue did not originate in Charlotte in February, 2016. Nor was it the result of a lawsuit or any sort of widespread discrimination simply because no one knew who was using which bathroom when or where.

The Human Rights Campaign (HRC) headquartered in Washington, DC is a well-funded organization that advances the cause of the LGBT community nationwide. The issue of transgender access to public restrooms in North Carolina was first advanced in Asheville, NC in 2015 but was tabled in the city council when it was explained that passage of the ordinance would be subject to Dillon Rule scrutiny by the NCGA controlled by the Republicans and most likely would be reversed after causing a huge political ruckus.

Jennifer Roberts was running for Mayor of Charlotte in 2015 and chose to make this an integral part of her campaign. Once elected with 2 new members of the council, the motion to add 'gender identity' and 'gender expression' to the City's anti-discrimination ordinances (described below #) was adopted on February 22, 2016 by a 7-4 vote even though the Governor, Pat McCrory, a former Mayor of Charlotte had warned the council that it went too far and probably would be reversed by the NCGA under the Dillon Rule described above.

The reason why a city can't just add coverage to their ordinances without any reservation or review by the NCGA is because of 2 things:

If such an initiative were allowed to pass and stay in force, in essence, the Mayor of Charlotte could become the most powerful elected official in the state ahead of the Governor, the Majority Leader of the NC Senate and the Speaker of the NC House.

III. Nothing Is Different Today in North Carolina Regarding Public Accommodations As Before February 22 When Companies Were Making Decisions To Come To North Carolina.

When it comes to ordinances governing bathroom access, the law today in North Carolina is no different statewide than they were anytime before in 2014 or 2015 or even on February 22, 2016 before the Charlotte City Council vote. Because HB2 reversed the Charlotte ordinance before implementation on April 1, the expanded Charlotte coverage never went into effect.

People were using the restroom of their choice without a lot of fanfare before then mainly because no one knew who was using the restroom or what their sexual gender identification or expression might have been. There was no lawsuit to our knowledge prior to the Charlotte City Council vote challenging the existing practice at the time either.

There were no police at every restroom to monitor who was coming in and going out of each restroom.

Public buildings and private business were offering male and female bathrooms as well as gender-neutral restrooms such as 'Family' bathrooms or just unisex single-stall restrooms that anyone could access and lock the door to use the facilities and then leave without anyone knowing what sex you were or were not.

A friend with a predisposition for numbers estimated that anyone had a chance to go to a restroom in North Carolina of either sex before February, 2016 and have perhaps a 1-in-4000 chance of being in the same restroom during the year with a transgender person....and not even know it.

With the passage of the Charlotte City Council ordinance, all of a sudden, public government and private business access to bathrooms were deemed to be under the Charlotte City Council purview and forced to comply with the new ordinance which seemed to open up the possibility that certain men might try to take advantage of the new 'open door policy' in their eyes and perhaps make restrooms more unsafe than they had been previously.

You can agree or disagree all you want but at least you know the timeline involved as to how we got here.

IV. The Anti-Discrimination Lawsuit Restrictions In State Courts Is A Lot More Complicated Than The Press Makes It Out To Be

The bottom-line is that this provision of HB2 was considered in the previous legislative session in 2015 but was tabled late in the year.

There is no 'EEOC' state law fully equivalent to federal law. Appellate courts in North Carolina long ago found certain rights that 'emanated' somehow from 'the 'penumbra' of the state 'Fair Employment Practices Act' (FEPA) that allowed employees who felt they had been unfairly fired from a job to sue their employer under a more generous set of rules than under federal law.

Namely, a person could sue an employer in the state courts anytime during a 3-year period from time of termination whereas in the federal courts, the fired employee only had 180-days, or 6 months to file a claim.

The federal courts are set up with more highly-trained and focused legal staff on the finer points of employment law in America than state courts. Most businesses, including the ones who are now thinking about leaving North Carolina, would be in favor or a shortened statute of limitations and funneling cases to the federal system versus the state court system that is not as well set up or suited to handle such complicated cases. **(summary below from employment law expert)

This was part of legislation that was considered during the long session in 2015 but not passed. It was added to this bill as many provisions are attached to legislation at the federal and state level that appear to be moving quickly to implementation.

There was some good news this week that this might be resolved somehow outside of the court system that is costly, tedious and quite honestly, 'extra-legislative' in nature. Our Founders wanted duly-elected legislatures to take up issues of public policy and render decisions, not small groups of judges, either elected and subject to political whims at the time or appointed for life totally immune to public sentiment.

Former Governor Jim Martin has written a thoughtful piece you should read: 'Listen To Each Other'

Charlotte Mayor Jennifer Roberts met with the Republican leaders of the North Carolina General Assembly on Thursday, May 5, to talk about ways to resolve this issue. Quite frankly, again, had these discussions taken place before the Charlotte City Council vote on February 22, none of this conflagration would have occurred and Bruce Springsteen would have given his concert and not refunded all those tickets to the people who wanted to hear him.

In case anyone didn't notice, this past week we saw where the US economy stumbled to 0.5% economic growth in the 1st quarter of 2016; 300,000 people left the workforce because they can't find a job; our national debt passed $19.2 trillion, and, oh yes, Donald Trump became the nominee for the Republican Party to run for the White House presumably against Hillary Clinton.

Maybe with the discussions now going on, a common solution (such as gender-neutral or family restrooms) can be reached where people can go to the bathroom in privacy so we can turn our collective attention and energies to solving these massive public policy problems we face together as a nation, perhaps?

# 'Motion was made by Councilmember Kinsey and seconded by Councilmember Mayfield to adopt Ordinance No. 7056 amending the City Code by adding marital status, familial status, sexual orientation, gender identity, and gender expression to the list of protected characteristics in the commercial non-discrimination, public accommodations, and passenger vehicles for hire ordinances.'

** Why a FEPA (Fair Employment Protection Act) cause of action does not need to be resurrected.

There was never a cause of action by the General Assembly but was instead created by NC appellate courts as a "public policy" expression. FEPA has six (6) times the statute of limitations of the primary corresponding federal law Title VII, 180 days vs. 3  years There is no administrative exhaustion of claims under FEPA such as with the EEOC with federal claims.
The vast majority of federal claims get resolved at the EEOC level.  No damages caps, unlike Title VII.  In state courts unlike federal claims.  State court judges see few of these cases, have no law clerks except for the Business Court, and rule off the cuff vs. studied written opinions by federal judges.

Summary judgment is discouraged in state court, in contrast to federal courts.  Summary judgment weeds out many, many meritless cases. FEPA applied to all NC employers with fifteen (15) employees or more.

Small employers do not have the luxury of exercising their politics with public pronouncements such as PayPal, etc., and they often do not have the resources to defend lawsuits particularly when they can be ambushed three years after the fact.

A minority of  states allow state law employment discrimination claims based on sexual "identity", homosexuality,  or claimed transgender status. Congress has the ability to amend Title VII or any part of the Civil Rights Act and change or add any part of the anti-discrimination law it wants.