Who Would Be A 'Perfect' Constitutional President Anyway? 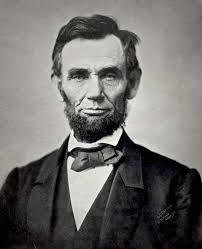 There's been a lot of talk over the past year about who would or would not 'support and follow The US Constitution!'.

What does that mean'? Exactly?

Who has been the 'most constitutional' President we have had in the United States? Has there ever been a 'perfect' US President who did everything by the book and followed the US Constitution to a 'T'?

Was it Abraham Lincoln? He kept the Union together but many people fault him for suspending habeas corpus at the beginning of the Civil War as being too 'dictatorial' for any American president to do.

Was it FDR? He led America out of the Great Depression and to victory in WWII but many of his executive orders and legislation were overturned by the Supreme Court as being 'unconstitutional' for one reason or another.

Clay thought Jackson was the worst possible Chief Executive because of his proclivities towards making military and executive decisions without consulting Congress.

Henry Clay compared President Andy Jackson to King George III of England which was more than fighting words less than a living generation or two removed from the War of Independence.

What do we Americans really want in a President anyway?

Americans generally want their President to do two things:
Wouldn't it be nice to have a President who understood what the Framers of the Constitution had in mind when they carved up the duties of the legislative versus the executive branch in 1787?

1) 'The President proposes and the Congress disposes'

The President can propose any and all sorts of legislation and urge Congress to pass them and give speeches all across the country. It would help if he/she understands that Congress has to pass these initiatives first and not resort to end-runs through executive orders out of the White House all the time.

2) 'The ONLY legislative function the president has is his/her ability to compromise and negotiate'.
The President can veto legislation that has been passed by Congress, not write it and force it down their throat. That is the extent of the legislative function any chief executive has under our Constitution.

The next President needs to understand that the will of the people is expressed in legislation as passed by both the House and Senate first, not the White House.

Since the President has the veto pen, he/she can, and should, be engaged in the legislative process offering input as to what he/she would find objectionable as legislation wends its way through Capitol Hill on its way to the White House.

This used to be called 'compromise' and 'presidential leadership'. President Reagan had it; President George H.W. Bush had it. We saw both of them send their legislative liaison teams to Capitol Hill from 1985-1992 with the goals of balancing the budget, cutting spending and making America's defenses the strongest it possibly could be...and achieving certain degrees of success every year.

Both Presidents Reagan and Bush 41 understood that the essence of presidential leadership and therefore, success is this:

Set a legislative target and goal; negotiate with congressional and Senate leaders; get as much as you can during any particular session of Congress; cut a deal; declare victory in Vietnam...and go home.

Presidents Bush 43 and Obama utterly failed to understand the concepts of presidential leadership and compromise on a bi-partisan basis for the past 16 years. We have a $19 trillion national debt Washington monument to testify to their ignorance of such basic constitutional roles of the President that the younger generations will pay for for decades and decades.

Failure to compromise with Congress and the opposing party will mean complete failure for the next President and the country given the problems we face.

3) 'The President is The Commander-In-Chief...But Congress Has To Concur With Its Authorization/Appropriation Authority'

Presidents and Congress have learned to 'game the system' when it comes to overseas military engagements.

The US hasn't issued an official congressional 'declaration of war' since World War II. Every other overseas military engagement has been technically a 'police action'. Dodging the responsibility of declaring war has perhaps allowed too much flexibility when it has come to allowing US Presidents to send troops into harm's way while allowing Congress to use such parliamentary maneuvers as supplemental appropriations bills to fund those actions.

It would be helpful to have a President who asks Congress to declare war before sending troops overseas and abide by a more strict interpretation of constitutional powers on both the executive and legislative branches of government
.
These are not inconsequential decisions.

Choose wisely on Tuesday, March 15. Your future depends on it.