'It's morning again in America. Today more men and women will go to work than ever before in our country's history. With interest rates at about half the record highs of 1980, nearly 2,000 families today will buy new homes, more than at any time in the past four years. This afternoon 6,500 young men and women will be married, and with inflation at less than half of what it was just four years ago, they can look forward with confidence to the future. It's morning again in America, and under the leadership of President Reagan, our country is prouder and stronger and better. Why would we ever want to return to where we were less than four short years ago?'

So goes the text of one of the most successful political ads in American history, 'Morning in America', which was the theme of the 1984 presidential campaign of incumbent President Ronald Reagan asking the American people for a second term.

Presidential terms in the White House are usually evaluated by voters on a continuum. If things get better under a President's leadership during their first term, they usually get a second term to continue their progress.

If things don't get better during their first term, they usually do not get a second chance to try, try again.

In fact, ever since the 22nd Amendment to the Constitution was adopted to prevent another 4-term president such as FDR from occurring again in America, modern presidential history suggests that a two-term president pretty much runs his course of favorability with the American voting population and they are ready to 'try something, ANYTHING!' different for the next 4 years.

Democrat Harry Truman filled out the unexpired 4th term of FDR only to surprise everyone probably including himself and his wife Bess when he defeated Thomas Dewey of New York in 1948.

America elected Republican World War II hero Dwight D. Eisenhower in 1952 and in 1956. His Republican VP, Richard Nixon was expected to be the first sitting VP since Martin Van Buren in 1830 to be elevated to essentially fill a third term of a sitting President but ran into the charm of Democrat JFK and lost in a squeaker of an election in 1960.

JFK was assassinated in 1963 and his VP, Democrat LBJ assumed office and blasted GOP candidate Barry Goldwater in 1964 only to not run again in 1968 after he got us even deeper into the Vietnam quagmire than JFK did.

GOP Richard Nixon returned to the national spotlight in 1968 and overwhelmed Democrat Senator George McGovern 520-17 in the Electoral College in 1972 despite having succumbed to his own paranoid-ish insecurities which led to Watergate which led to his resignation in 1974. Then-GOP VP Gerald Ford elevated to the Oval Office only to lose to Democrat Outsider Jimmy Carter in the bicentennial year of 1976.

Perhaps because of the economic boom of the 1980's fostered by Reagan's pro-growth, pro-business policies, his VP George H.W. Bush 41 became the first sitting VP to succeed a president of his own party since Martin Van Buren in 1830. Only to be undone by the economic recession of 1991 and the entrance of third-party gadfly Independent candidate, Ross ('I'm all ears!') Perot in the 1992 race which effectively helped Democrat Bill Clinton win with 43% of the popular vote.

Bill Clinton served two terms in the prosperous and peaceful last 8 years of the last century. His Democratic VP, Al Gore lost another squeaker to Republican Governor George W. Bush 43 of Texas in one of the more famous or infamous presidential elections since Jefferson/Adams/Burr/Pinckney in 1800.

Bush 43 served 2 terms and presided over the worst economic crash since the Great Depression in 2008. Democratic US Senator Barack Obama capitalized on that economic unrest and dissatisfaction with the War in Iraq plus the fact that he could become the first African-American President in US history to score a landslide victory over Republican John McCain of Arizona who came to find out being a maverick in your own party and sticking your finger in the eyes of fellow Republicans is not the best way to win friends and influence people to vote for you.

It comes down to the same question Americans have faced at the end of every Presidential term in office:

'Are YOU better off than you were 4 years ago?'

If the majority of voters in the states that comprise the majority of the electoral college and can get to 270 for any candidate say 'yes', the person who follows the incumbent of their own party wins.

Most of the time, Americans grow tired of their Presidents if for no other reason than Americans seem to value 'change' which translates to them in their heads as 'progress' most times. Jefferson and Madison left office after 8 years with approval (or unfavorability ratings) approaching 25% according to many historians who can figure out that sort of thing.

We think much of the 'anger' you see in the primaries that is manifesting itself in record crowds for both Bernie Sanders and Donald Trump is a reflection of a mass dissatisfaction with the last 8 years under President Barack Obama.

Like every President before him, he came into office with the chance to be a 'transformative' President, one with the ability to 'unite, not divide' us as a people; lead us down the path towards economic prosperity and peace and safety for us in this world of chaos.

As the first African-American president, perhaps expectations of such a messianic-type deliverance were pushed sky-high beyond the capacity of any human mortal being to achieve them.

However, the fact of the matter is that, unlike President Reagan's 'Morning in America' campaign which was based on solid economic facts as well as perception, the twilight of President Obama's term in office seems to feel more like 'Evening in America', doesn't it?

'It's evening in America.

Today more Americans will not go to work than ever before in our country's history.

Even though interest rates are at about zero effectively, housing starts are less than half what they were before President Obama took office in 2009.

Less than 26% of all Millennials are choosing to marry and even with inflation at near zero levels, they are not looking forward with confidence to the future.

It's (sadly) NOT morning again in America, and under the leadership of President Obama our country is not prouder and stronger and better.

Why would we ever want to return to where we were for the last 8 years?'

You can just see the ads starting to write themselves.

Americans historically vote their pocketbook first and everything else later.

If you think it is 'Morning in America' today, vote for Hillary to continue the Obama agenda for 4-8 more years.

If you think it is 'Evening in America', vote for someone else on the Republican side.

Make the best choice for your future in the coming weeks.

Your future. It is the only future you are gonna have. 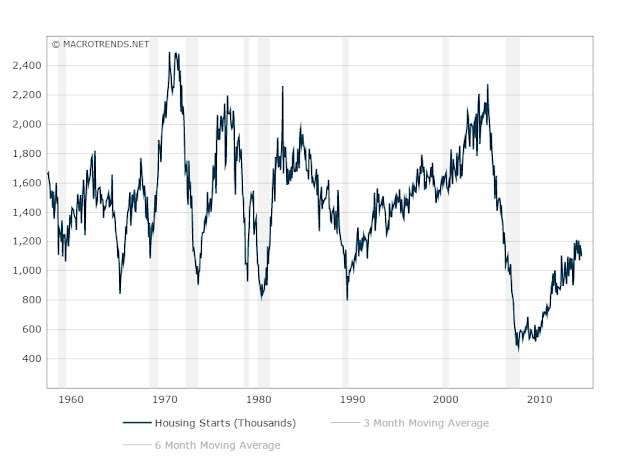