'Victory Has Many Fathers. Defeat Is An Orphan'--John F. Kennedy

In the aftermath of the disastrous Bay of Pigs invasion in early 1961, newly-elected President John F. Kennedy went to a press conference and uttered these memorable words:

'Victory has many fathers. Defeat is an orphan'.

Not many politicians have the guts to admit when they are wrong. Much less in public. Such as at a national press conference at the White House.

JFK took full blame for the botched invasion designed to overthrow Fidel Castro from his communist rule in Cuba. JFK lived only another 2 1/2 years. Fidel Castro is somehow still hanging onto life by a thread in Cuba, 90 miles off the coast of Florida 52 years later.

Few other American leaders have stood up and taken the full blame for events that went the wrong way. Robert E. Lee went on horseback to console the defeated and bedraggled Rebel troops under the command of General Pickett after the disastrous frontal attack across open field into the heart of the Union troops at Gettysburg in 1863.

General Lee asked Pickett to reassemble his division for further attack. 'Sir! I have no division left!' was all Pickett could say at the time. 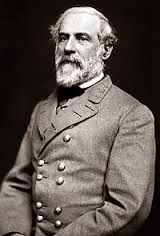 General Lee assumed all responsibility for the failed attack. Some blamed it on the General's dysentery and diarrhea caused by his eating of green apples along the way to Gettysburg.

General Pickett said later about his ignominious defeat at Gettysburg, even though he never forgave Lee for this blunder: 'I always thought the Yankees had something to do with it'.

We have yet to see anyone who supported the shutdown of the government come out and say that 'It was my fault!' or "I am sorry it happened' or 'We learned a lot from it such as to never do something so utterly stupid like that again'.

Real leaders do that. Summer soldiers and sunshine patriots do not accept the blame that comes with defeat.

But guess what? We really do not care if anyone takes the blame for this disaster.

There are other things on the horizon that may yet still prove to be the Achilles Heel of President Obama and the Democrats who supported Obamacare.

It seems as if the promise of President Obama in 2010 that 'you can keep your current health care plan if you want to' is just not proving to be true to tens of millions of Americans. (see this article from The Foundry and this one from Health Care Policy and Marketplace Review)

We are one of them. We have a high deductible HSA plan that is not very generous but at least protects us from the catastrophic illness events and costs that we think everyone should be protected against. Less than 5% of the people treated for any health care concern during any year account for the vast majority of annual costs, usually due to cancer, stroke, heart attack or diabetes, all of which can be curtailed or prevented by better control of our diet, booze consumption, tobacco inhalation and exercise routines.

We will not have this plan on January 1, 2014. BCBSNC has just informed us that this plan will no longer be offered by them after the first of the year and we are not grandfathered because we changed from a basic plan to the HSA to save some money in 2011 when the economy was not doing all that great.

Lie #1 to us and millions of other individuals in the health market: 'You Can Keep Your Health Insurance If You Want To' is not true.

Lie #2 is to the millions of hard-working salaried and hourly wage-earners who are now covered by their company health plans. We know there are thousands of enlightened, generous corporate execs who want to keep providing health care coverage to retain their workers and not have them change jobs due to lack of benefits.

But honestly, do you really think a CEO is going to look at his 2000 employees, many of whom have a spouse and several children on their company health plan and say this to themselves in coming weeks:


'It costs us between $7000 to $12,000 per employee to provide family health coverage at a cost of at least $14 million per year. I could dump all of them into the public exchanges and pay the annual fine of $2000/employee and save at least $5000/employee or $10 million per year which goes right smack dab to my bottom line'.

What would you do if you owned or ran that business? You'd dump everyone into the public exchanges as fast as you can say 'I am so sorry but I had to do it to save my business!' (and maximize profits for me and my stockholders)

This is the core mission of American free enterprise. To make good products and provide good services and make a healthy profit after all is said and done. Not to be a conduit for health care delivery for every person in the nation.

Lie #2 is to the employees who like the health care plans of the companies they work for. You are not going to be able to keep that health care coverage if your company decides not to provide it any longer no matter how much President Obama and Secretary Sebellius huff and pull and threaten to blow your house down.

Lie #3 is just the out-and-out lie that President Obama said when he promised this would not add anything to the budget deficit or national debt. Last time we checked, Obamacare is now expected to cost way over $3 trillion more than what the budget baselines predicted in 2008 before he was elected.

That is at least $3 trillion more in debt we are going to be layering on ourselves and our children to pay back one day in one form or another. Could be higher taxes, could be lower benefits. Most likely it will be higher inflation and depreciated currency like every other debt-ridden nation or kingdom in history has experienced, most excruciating and painful.

Maybe it won't happen to us, you say. Maybe you are right and we will be the only civilized nation in the last 800 years to avoid the Scylla and Charybdis of hyper-inflation and sky-high interest rates.

And maybe you are not correct in your economic prognostications. What then, Einstein?

The implementation of Obamacare is where the real political fight can be made going forward, not in shutting down the government. The mandatory entitlement 1988 Catastrophic Health Insurance plan was repealed completely in 1989 because seniors were asked to pay a few more dollars per month.

Millions of Americans are now being asked to pay not only a few more dollars per month for their health care insurance but hundreds of dollars more per month to be covered. Think they might be a tad bit angry at anyone who foisted this upon them when they were perfectly happy with their previous coverage?

Organize them and harness that anger and you might make a difference in 2014 and 2016. Don't try to recreate the Bay of Pigs invasion or order Pickett's Charge again and again and get nothing out of it.

To learn more, visit InstitutePublicTrust.org
Posted by Frank Hill at 11:01 AM