From The 'Let's Shed A Little Light On This' Department.....

A couple of things have struck our fancy during this government shutdown effort to defund Obamacare, which, so far as any reasonable person will admit, doesn't seem to be working very well at the moment:

Our singular problem with this shutdown is that we don't think the people who thought it was such a great idea have thought completely through the endgame, as in: 'How will this end so we can WIN!!!?'

We hated playing sports with losers who didn't know how to win. Worse yet is playing for any coach who doesn't know what the game plan is or how to develop the team so it gets better over the course of a season to be able to contend for the championship this year or next.

Talk about the Alamo and Pickett's Charge all you want. We got to live, that is for sure, but being in the minority takes a lot of character, gumption and fortitude just to survive, much less keep fighting.

We want smaller government and more freedom principles to 'survive and advance' as Jim Valvano used to say about the Wolfpack when they won the NCAA basketball title in 1983.

Unless you know the rules of the game, as Coach Valvano used surgically to milk the clock by fouling the other team's bad free throw shooters and make maximum use of the new (at the time) 3-point line, you are just hoisting up prayer shots blindly all over the court and hoping somehow someway you are going to win the game at the buzzer with a 90-foot hook shot.
Here's some other 'principled' stands throughout history that didn't have a well thought out endgame towards victory: 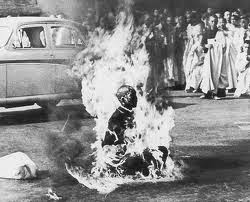 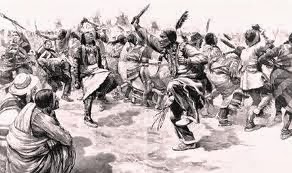 2. Sioux Indian 'Ghost Dance' at Wounded Knee. Danced themselves into exhaustion to become invisible to bullets, as they believed. The tactic failed to keep the white man out of the West.

3. Kamikaze pilots in WWII. Thought they could sink enough ships to win the war. They were proven dead wrong. 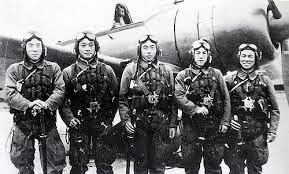 
Let's try to follow the maxim of Jim Valvano: 'Survive and Advance!'

He also said something else very important: 'Don't give up. Never give up!'

Let's just be smart about it.

To learn more, visit InstitutePublicTrust.org
Posted by Frank Hill at 8:45 AM