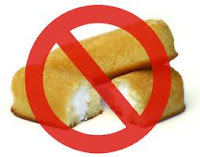 President Obama and his Administration are saying that the 'state', meaning the federal government, has a 'legitimate state interest' in making sure that every women in this country has access to birth control, regardless of whether or not it violates the tenets of the sponsoring agency, in this case, the Catholic Church which opposes family planning on religious grounds.

Set aside the technical finer points of the law such as the 'rational basis test' or the 'strict scrutiny test' for the moment (we are not 'lawyers' in case you haven't noticed yet but 'budgeteers', 'wonks' or whatever you call people who are concerned about fiscal matters) and let us think together about the implications of this principle if carried out consistently throughout the federal government's budget.

If the federal government has a legitimate state interest in telling people they have to offer birth control to all of its members, why shouldn't the federal government be able to tell everyone who receives one dime of federal support, assistance, grants or appropriations what to do and when to do it in return?

In fact, that is generally the case throughout the federal government today.  When a farmer receives agricultural assistance from Washington, he/she has to adhere to a myriad of federal standards and 'promulgated regulations' (love that word) regarding environmental protection and process or else they forfeit the right to get further funding.

Same with education.  Same with transportation. Same with virtually every other federal program...they all come with major strings attached.

Except 2.  Medicare and Medicaid.

For the most part, Medicare and Medicaid come with virtually no strings attached to the person who is using those federally authorized and spent taxpayer dollars. In fact, we can almost think of no federal restriction on what a person on Medicare or Medicaid can or can not do in return for receiving what is essentially an 85%+ federal subsidy for their health care.

There are plenty of restrictions on what a university medical center can or can not do with Medicare funds for, let's say, the Direct Medical Education program or any grants they might receive to build a new wing for gerontological research.

But not so for Medicare or Medicaid.  A person receiving such direct subsidies from the federal government to support their Medicare or Medicaid benefits can continue to eat Twinkies by the box; smoke a carton of cigarettes every day and night; drink beer or alcohol until dawn and never lift a finger to get more exercise than to push the button on the remote control.

Shouldn't the federal taxpayers who pay 100% of the funds for Medicaid and 85% of the funds for Medicare be able to dictate to such individuals that they have to clean up their act and start a reasonable diet and get some exercise in return for continuing to pay their health care costs as a matter of 'legitimate state interest'?

We think there is.

Health care experts and administrators used to come into our offices on Capitol Hill and routinely tell us this astounding fact:  35-50%+ of ALL health care costs in America could be eliminated overnight if the American public did just these 4 things on their own:


Now, we know there are millions of people out there who are eligible for Medicare and Medicaid who do take care of themselves and their families.  We know one spry octogenarian who essentially walked to Boston from North Carolina a couple of years ago during his regular daily walks during the year as they recorded the distances he walked each day.  That is over 712 miles he walked or about 2 miles per day.

How many miles a day do you walk by contrast?  This man is 83 years old today and will probably live to be 133 years old if he keeps this up!

But we also know there are millions of others who are not as motivated to keep trim and eat well or who may not know how to go about doing so in these days of being surrounded by fat-food (not just fast-food) restaurants and Super Duper Bug Deluxe Gulpers all the time.

We think the US taxpayer, through their contributions each year in the form of tax dollars to keep Medicare and Medicaid afloat not only have the right but the duty to demand that their elected representatives in Washington figure out a way to make sure that every recipient of Medicare and Medicaid know how to take care of themselves in return as part of their 'legitimate state interest' in continuing both programs.

Many seniors and poor people are too sick and too poor to take care of themselves and go to the local Whole Foods Market and buy the latest tofu or organic vegetables, we get that.  They present an entirely different set of problems to address in a different, serious manner.

But with the heaviest and perhaps most 'unhealthy', in many ways, generation of Americans about to retire over the next 10-25 years, we had better do something almost immediately, like today in Congress, to help change the behavior of millions and millions of sedentary and obese fellow citizens or else we are going to be in a lot, lot worse financial trouble in 2025 than you can even imagine today.

If you don't believe so, just take a good hard look at this recent publication from the Concord Coalition called 'Structural Deficits' and why they matter.  And then call us in the morning when your Stage 10000 migraine headache subsides and you can speak coherently again.

We all have a 'legitimate state interest' in driving down the cost of health care before it totally swamps us as a nation. Helping people live healthier lives is not just good for them but it would be great for all of us.

To learn more, visit InstitutePublicTrust.org
Posted by Frank Hill at 5:23 AM