250 Things That Just Are Not True! (Continued): "The Military Has Been Cut To The Bone!' 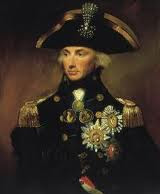 Have you ever heard a defense hawk in Congress say the following?

'We can't cut any more out of our US defense budget! It has already been cut to the bone!

Oh, really?  Is that really true, Congressman, Senator, Anyone Running for President?

We just saw a recent article from the Navy Times (The Navy Times, for goodness sakes!) 'Navy Admirals' that pretty much says the following in plain English so everyone can understand it:

Each Admiral costs the US Taxpayer about $230,000 per Admiral per year in salary and benefits.  That is $53 million per year spent (as of 2010) across the entire navy.

That does not include the cost of the attendant staff, travel, office, support and all the other costs that go into supporting each Admiral as he does whatever he does every day now that he is not commanding 130 ships as his father did in World War II.  We conservatively estimate it must cost about $1 million per year to support the activities of each US Admiral.

Without being too flippant about it, and respecting the public service of each of these dedicated career naval officers, what does an Admiral do all day long if he/she is not commanding a fleet of aircraft carriers, battleships, destroyers and cruisers on the open sea in the 21st century? Sail a desk at the Pentagon?

Does it diminish the stature and strength of the US armed forces to have the Admiralty reduced to the point where no one really knows if he or she is commanding any ship of war on the high seas or just moving around ships on a board game like they are playing 'Battleship' all day long?

There is not much else anyone on any side of the political spectrum can say about reducing federal spending anywhere when such wasteful spending is accepted and even encouraged in any department agency.  You can't argue that taxes need to be raised when $300 million or so per year is being wasted like this.  And you certainly can't argue that we are any 'safer' from enemy attack when each Admiral is, in essence, 'managing' 1 ship in the US Navy, can you?

There's probably 200,000 more things that just are not true in American politics.  We'll keep bringing them to you to consider so you can make up your own mind.