Here’s The Speech The President Coulda and Shoulda Given 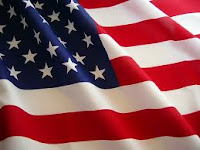 I have made more than my fair share of mistakes. People in Congress on both sides of the aisle, on Wall Street, in the Big Banks, in Detroit and in the mortgage lending business and real estate speculation business all have made plenty of mistakes that had led us to this unfortunate economic time in our nation’s history.

We, collectively, as a nation have made mistakes. We have over-consumed, over-borrowed, not saved and invested enough for our own personal benefit. We have not unleashed the powerful forces of positive change that can happen when we work together, not against each other.

And here’s how we are going to do it, from Washington to New York to Detroit to all the large cities and small townships throughout the land:

We are moving from purely the ‘Information Age’ to the ‘Knowledge Age’ in America. We have all the accumulated ‘information’ of the world at our fingertips with our IPhones and IPads.

We are able to disseminate information in the microsecond flash of the eye to anywhere in the world to any person at anytime, day or night.

Now is the time for us to put all that information to good use as each individual person takes that information and turns it into knowledge as she or he sees fit to fulfill a dream, a passion, a innate God-given talent and support yourself and your family.

The time for monolithic business, government, educational ‘big box’ enterprises is about to be swept away by this avalanche of knowledge and efficiency. Just as the dinosaurs failed to adapt quickly when The Meteor hit the Earth and left only the small mammals and reptiles alive to carry on life on this planet, so too will happen as we come out of this recession.

People can now start businesses in their own home or small town and through the internet and with the help of services such as FedEx, QuickBooks and PhotoShop, the world is their market, not just who walks in their door each day on Main Street, USA.

People can contract out with other like-minded entrepreneurs and 'entreprenate' all they want.  Call it the '1099 Revolution': 'hire' people through contracts only and send them a 1099 year-end tax form detailing what you paid them for their services.  No fringe benefits; no payroll tax from your side.  As clean as free enterprise can get in the 21st century in America.

And here’s how we at the federal level are going to help seed this hurricane of positive activity and watch it grow to Category 5 status on its own as the ‘animal spirits’ of human ingenuity and self-preservation Adam Smith talked about take hold:

When you are considering expansion of your existing business or starting one of your own, factor in the elimination of your corporate income taxes up to the current rates of 38% when you do your cash-flow projections and present value computations.  You will expand your business tomorrow morning at 9:00 am.

2. Second, we are going to free up the energies of enterprising men and women by replacing the cumbersome and Swiss cheese-riddled-with-loopholes income and payroll tax system with a very simple consumption tax at the point of purchase. The income you make by the sweat of your own brow and the brains in your own head gets to stay with you to do whatever you please.

You can invest it in more equipment to do your job. You can hire more people to help you achieve your dream. Or you can send it to your favorite charity, church, synagogue or mosque. You can even send it to the IRS as my friend, Warren Buffett, has so eloquently talked about…except now you can do it on your own based on whether or not you think the federal government is doing a great job or not.

It will be far more ‘progressive’ than the current system gamed by the wealthy through legal exemptions and loopholes. ‘Progressive’ in the sense that those who have more wealth will pay far, far more in actual dollars to the IRS each year than those of lesser means, not in the archaic notion of paying a higher tax ‘rate’ than the others.

You want to buy a $10 million home? At a 18% consumption tax at time of purchase, the rich man will write a check to the IRS for $1.8 million. Today, he pays no federal tax on any large purchase such as a home or a Bentley.

At the same time, he or she will have provided hundreds of jobs to construction workers and contractors to provide the supplies to build the new house and to furnish it with new appliances, chairs, beds and any new accoutrement that would make the ‘Extreme Makeover’ crew green with envy.

3. Third, we will repeal and eliminate every federal program that has outlived its usefulness over the years. Do you own a mohair suit? Do you even know what ‘mohair’ is? It is the wool from the Angora sheep that was used to make the wool uniforms for World War II soldiers because of its strength and durability.

It also costs the US taxpayer at least $20 million per year in direct subsidies to US growers or mohair today, even though modern military uniforms are not made of wool but advanced polycottons improved by nanotechnology.

No longer will we tolerate such misappropriation and waste of precious American taxpayer funds. No longer will we borrow money from the Chinese and foreign sovereigns to pay for programs that no longer work or have a critical purpose in our national life together.

There are thousands of such antiquated federal programs that will cease this year. There is no need to have 21st century American taxpayers continue to support such antediluvian pork barrel projects.

4. Finally, to totally unleash the American worker from the tethers that bind him or her to the ‘big box’ workplace, we are going to reform and improve the entitlement programs so that they more resemble the worker-directed investment plans of Chile instead of the 5-Year Plans of the old, defunct Communist Soviet Politburo. The money young workers put into the 'New Good Deal!' retirement program will actually go into a self-directed retirement fund and grow with this explosive economy we are about to see unleashed.

‘Freedom’ will be the byword for the last year and a half of my presidential term. To turn Lord Acton’s phrase on its head: ‘Freedom enables and absolute freedom enables absolutely.’

I will do my utmost to do everything within my power as your President to allow the great powers of American ingenuity and free enterprise to work their incredible economic magic to return us to the economic superpower status we all know we can be so every person who wants a job will be able to find a job.

Thank you, my fellow Americans.

May God Bless America.
And May God Have Mercy Upon Us for Our Debts! And Let us Forgive Our Debtors.

We have learned our lessons and will never do them again. We promise.
Posted by Frank Hill at 3:50 AM