What Do ‘Extreme’ Budget Cuts, Senator Chuck Schumer, 'Fiscal Sanity' and 'A Jeffersonian Rebellion' Have In Common? 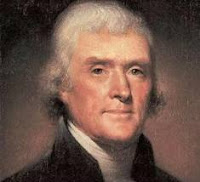 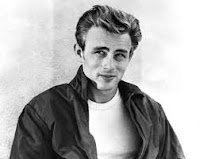 Senator Chuck Schumer of New York was recently caught on tape talking about how to describe all Republican efforts to reduce federal spending as ‘extreme’ and ‘dangerous’.

No news there. He has been doing that for decades. Or ever since he entered public office. Whatever happened to the concept of serving a little while in office and then retiring and going back into private life?

And with Congressman Paul Ryan of Wisconsin coming out with a long-term deficit/debt reduction package for the Republicans in the House on Tuesday, be prepared for some real 'squealing, moaning and groaning'.

But what is the more ‘extreme’ position anyway for an elected leader in our US Congress to take nowadays: 1) reducing spending from future outlays that amount to perhaps less than 1 penny out of every future dollar projected to be spent; (Nobody ever 'cuts' any spending...it is all merely a 'reduction' from future projections! (see 'Baseline') or 2) blindly raising spending as Senator Schumer always supports so that interest on our national debt overwhelms us and swamps us like the terrible tsunami that hit Japan recently?

We think that otherwise well-meaning and well-intentioned politicians such as Senator Schumer just got their reasoning mechanism stuck in ‘overdrive’ somewhere along the way.  They honestly and truly believe that they and their cohorts in government can make better spending decisions with your money than you do and they can help other people live better lives through their programs and ideas.

What do you think? That is the fundamental divide in current American politics. And you have to decide which side of the divide you are on.

Because as we just posted the previous article by the Managing Director of PIMCO, Bill Gross, increasing debt has its limits and damaging consequences to every American in the form of inflation, currency devaluation and abnormally low-to-negative real rates of return on government bonds and t-bills.

Guess who gets whacked by all of these 'bad things' first?  Senior citizens and poor people. Not the rich or merely well-off citizens of America.

We often wonder ‘WWJT’ of our current situation in the Great American Republic?  We are referring to ‘What Would Jefferson Think?’ of our current budget; spending profligacy, overseas entanglements and concentration of power in Washington AND in the White House.

After all, he wrote the Declaration of Independence and, through hundreds of letters of correspondence from France, significantly impacted the thought and words of James Madison that ultimately became our U.S. Constitution, still the greatest man-made document in the history of mankind walking upright on two feet.

We think….Mr. Jefferson...would be...appalled. He and Mr. Madison were already expressing grave doubts about the concentration of power given the federal government just 15 years later after the Constitution was ratified in 1789.

If he was concerned way back then when federal spending might have amounted to 1% of GDP in a bad year, imagine what would have happened to him in 2010 when it amounted to 25% of GDP, not counting the state and local spending on top of that!  His head might have exploded like the Martians in their space helmets in the great but almost forgotten Jack Nicholson movie, ‘Mars Attacks’ when they heard the haunting 1924 song, ‘Indian Love Call'...and rightfully so.

Here’s what would have galled Mr. Jefferson the most, we think. In spite of all the taxation and federal spending that we Americans have authorized and voted for over the past 50 years, we still have 40 million poor people in this country. You would have thought that we could have eliminated poverty through the 'New Deal' or the 'Great Society' or the 'Great Leap Forward'. (oops! that was China, our mistake!)

After all, once you have spent a couple of trillion dollars on solving a problem, you’d think we Americans would have been smart enough to have solved it by now, wouldn’t you?

Apparently not. Just ask Senator Schumer. He obviously thinks that if we cut one slim dime from any of the beloved discretionary spending programs in the federal budget that millions of people will be seriously affected.

Mr. Jefferson might have looked at this way: We are spending over $500 billion per year on domestic social programs in the federal budget. We have 40 million people living in poverty or below the commonly-accepted thresholds of poverty.

A family of four would get $50,000 tax-free and maybe nuclear families would stay intact more now that there is a significant, almost overwhelming financial incentive to staying together instead of splintering all over the nation?

And on top of that, if you redistribute the designated-for-the-poor-only Medicaid program on the same pro-rata basis for poor people, the combined federal/state expenditures of close to $600 billion per year, and divide it by the same 40 million people in poverty, that would be another $15,000 per poor person to perhaps buy their own health insurance in the private sector.  Or that is another $60,000 for a grand total of $110,000 in public assistance per family of four.

They could buy the Rolls-Royce of all Cadillac health care programs with $60 Grand per year! Ya think that would work?'

Like solve these vexing problems once and for all so we can get back to financial, moral and ethical sanity.

We think Mr. Jefferson might see the merit in providing some government assistance to those who truly are in desperate need, over and above what the churches, religious and reliefs organizations are able to do.  But we seriously doubt he would support government assistance for anyone way above the poverty line or entitlement programs that provide general taxpayer-supported retirement and Medicare benefits for the well-off, the well-to-do and the superfamous wealthy such as Bill Gate and Warren Buffett.

It just does not make an reasonable or logical 'sense'. So let's 'change things' so they do make sense.

'I hold it that a little rebellion now and then is a good thing, and as necessary in the political world as storms in the physical. Unsuccessful rebellions, indeed, generally establish the encroachments on the rights of the people which have produced them. An observation of this truth should render honest republican governors so mild in their punishment of rebellions as not to discourage them too much. It is a medicine necessary for the sound health of government.'

What rebels Messrs. Jefferson and Madison really were! They were the proverbial 'James Deans' of the 18th Century!