The ‘Dumbest’ Debate in America: ‘Make The Rich Pay Their Fair Share of Our Taxes!’ 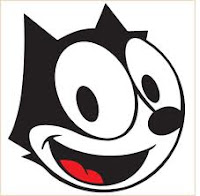 This comes from the truly rationally disturbed and troubled file.

President Obama has once again resorted to his Felix the Cat bag of tricks and pulled out one of the dumbest and most manipulated ‘debates’ in American history:

'Let's Make the Rich Pay Their Fair Share of Our Taxes!’

He is just doing what his political handlers are telling him to do to get re-elected next year. They are telling him to try to assert that, ‘Yes, indeed, my fellow Americans, I am ‘serious’ about reducing our budget deficits!’ (‘that I helped increase by over $1 trillion per year…but let’s not talk about that!’)

Class warfare.  It has been a staple of American politics for centuries now.

Somehow, someway some smart political operative back in the 19th century looked at the Industrial Revolution boom that was going on in America and saw that guys like Andrew Carnegie and John D. Rockefeller and James Buchanan Duke were getting rich as King Croesus and King Midas to boot…and most Americans were not by comparison.

So this smart person figured out how to tap into the primal urge of humans to assume that rich or ‘successful’ people somehow don’t deserve to keep the rewards of their sacrifice and hard diligent work to become a success in the first place.  Try starting a business sometime and see how ‘easy’ it is to make it last beyond 5 years, the average length of time for the vast majority of businesses to live in America.

‘Make the Rich Pay Their Fair Share of Taxes!’ this clarion of progressive populism started to sound. And so Congress did.  In 1913. When income taxes became constitutional through the amendment process.

The marginal rates of taxation were as high as 91%. If you thought your next dollar was going to be taxed at 91% and you would have to send $91 of every $100 in profit you made over a certain income level of, let’s say, $100,000…would you do it? And would you be happy doing it?

We hope not. There is something positively ‘un-American’ about the whole notion of someone else being able to confiscate most of your money LEGALLY! that really should unnerve every single person in America. That is one reason why people came to America in the first place; to be able to keep what they earned and not pay it to King George III.

This should be unnerving even if you are of moderate to low-income status today because:

'One Day YOU Might Hit the Lottery! Or become the next Bill Gates!’

That is what the American Dream is all about, isn’t it?

Ronald Reagan brought the marginal tax rates down in 1981 to more reasonable levels, at least, of under 40%. And for the most part of the past 30 years, we have had economic growth, job creation and wealth generation for the widest range of people unlike any in history. Any of them. Anywhere in the world in any era.

Here’s why this debate is so idiotic, if we can be truthful with you:  The rich are already paying 42% of all the income taxes paid in America today as it is. They also own a lot of stock in huge companies they have started or now run and these companies pay corporate income taxes before they distribute income to be taxed AGAIN at the personal level.

Do you want the rich 1% of all our wealthiest citizens to pay 100% of all the taxes in America?  That is when we cease being a democracy and become an oligarchy for sure.

And here is the other ‘fallacy’ of the ‘soak the rich’ argument: President Obama and others who have fallen for the siren call of this ill-conceived policy are deliberately confusing ‘higher marginal tax rates’ with ‘higher tax payments’. They are horses of two very different colors, of two different mothers or mares to be honest about it.

Because there is no reason in the universe why someone who makes twice as much as another person should pay twice the marginal tax ‘rate’. They pay twice as much in cash paid for taxes anyways.

Assume a rich person makes $1 million per year in salary.  Assume a flat-tax rate of 10% for argument’s purposes. He or she would pay $100,000 in federal income taxes this year. (Oprah would pay, what? $10 million in federal taxes?)

That is the comparison we should be making…how many dollars does each person send to the US Treasury each year, not what their marginal, next dollar tax rate is!

And please, don’t give us the argument that they should ‘pay more’ because they use ‘more’ of the US services. We don’t think we have seen many people with 10 Rolls-Royces drive their kids to the local public school, hence, they are no drain on the local taxpayers. And those same Rolls Royces don’t wear out the roads and bridges of our nation’s highways any more than the tractor-trailers do on a daily basis.

Nope. This is now officially ‘The Dumbest Debate in America Since Prohibition’. Go to a consumption tax now to replace all of this silliness and demagoguery.

President Obama should know better. Our national problem is over-spending at the federal level, not under-taxation of anyone. Plain and simple.

Now, if President Obama wants to go after George Soros.....
Posted by Frank Hill at 4:11 AM