‘Imagine’ a World With No Federal Reserve… 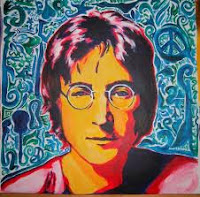 Sounds almost like a John Lennon song…and since December 8 is the 30th anniversary of his assassination in NYC, why not use his iconic post-Beatles song as inspiration?

We have been intrigued by the on-going debate/tirade/jeremiad (take your pick) by some people and a lot of Tea Party affiliators regarding the role of the Federal Reserve in America.

Don’t pat yourself on the back for thinking you have brought up this issue for the first time. The very issue of a central national bank goes back to Alexander Hamilton himself during the debates in the Constitutional Convention (he won) and through the various iterations of the First National Bank of the US (BUS) in the early 19th century; the 2nd National BUS throughout the early-mid 1800’s and the creation of the Federal Reserve Bank in 1913.

It is perhaps the one political issue that has persisted throughout all of American history which generates disproportionately the highest degree of venom and bile relative to the underlying public comprehension of its complexities….bar none.

And to those of you who want to abolish the Fed tomorrow...who do you want running monetary policy in America in its stead? The Congress of the United States? Can you imagine Charlie Rangel setting interest rates and monetary policy as the head of the House Ways and Means Committee?

It is sorta like the parents of a new player to youth lacrosse…they yell and scream even though they don’t know the rules to the game at all.

‘It is still fun to yell at the refs!’ one new parent to lacrosse told me one day. Same is true in America politics, isn’t it?

Here’s the truth about the Fed: ‘If we had any sort of consistent adult leadership in Washington over the past 30 years or on Wall Street, or Detroit or in the state capitals of debt-ridden California and about 40 other states, NO one would have ever even heard of the Federal Reserve in the United States, ever!'

Here’s ‘proof': Name the Federal Reserve chairmen before Alan Greenspan going back, maybe 5 of them. (and no fair Googling them in the sidebar!) We think that Alex Trebek could have a field day embarrassing his guests with a column in ‘Double Jeopardy’ titled: ‘The US Federal Reserve System’ and ask questions that go back to the ‘glory days’ of the Fed pre-Bernanke and pre-Greenspan. No one would get one question right.

The simple truth of the matter is that the ONLY reason why ANYONE in America today knows that Chairman Bernanke even exists on the face of the earth is because the Fed has been forced to play clean-up after these elephant and donkey parades of debt have been put on by Congress; Wall Street; Detroit; the various state capitals and the American business community in general over the past 30 years.

‘There would be no ($14 trillion, soon-to-be $20 trillion) debt below us; above us only sky.
You may say that I'm a dreamer, but I'm not the only one
I hope someday you'll join us, and the world will be as one’

'Without these enormous imbalances in annual deficits we are running; the gargantuan national debt we are building up and the lackadaisical oversight of Congress over Fannie Mae and Freddie Mac and all the mortgage companies that Congress was actually encouraging to over-lend during the 1990’s and 2000’s, the only thing the Fed would have to do is turn on the printing presses for the US dollar to allow for the growth in the population, or about 3% per year….and then go home.'

So if you hate the Fed, and despise Chairman Bernanke, tell your elected reps and senators in Congress to balance the budget and pay off this national debt as soon as possible.

Then you will never have have to know that Paul Volcker, G. William Miller, Arthur Burns and Charles S. Hamlin ever even existed. (all past Fed Chairmen)

picture courtesy of blog.ps119amersfort.com
Posted by Frank Hill at 6:10 AM