The Most Hellish Tyranny 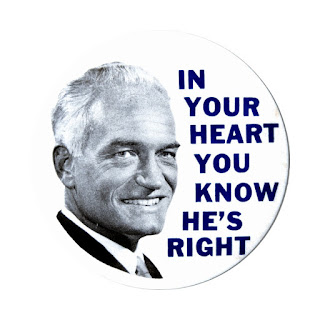 Poor Barry Goldwater.
Had the Arizona senator left out two searingly memorable lines in his presidential nomination acceptance speech at the Republican National Convention in 1964 — “I would remind you that extremism in the defense of liberty is no vice! Let me also remind you that moderation in the pursuit of justice is no virtue!” — his speech would be universally remembered as the launch pad for the near half-century run of conservative dominance in American politics.
Instead, those two lines in his speech are remembered as the frozen O-rings that led to the explosive electoral disaster Republicans suffered in the fall to LBJ and congressional Democrats.
Read more at: https://nsjonline.com/article/2021/05/hill-the-most-hellish-tyranny/