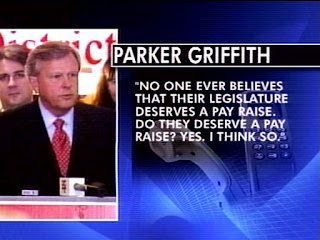 Raise the pay of all N.C. state senators and representatives to $100,000 annually, and leave it at that.

Make the pay raise effective January 2025. There would be two intervening elections in 2022 and 2024 where voters can decide if their state senator or representative is worth sending back to Raleigh and paying them $100,000 per year from then on.

Would you run for the NCGA if you thought you would only be paid $13,951 and endure all the insults you would get from news media and on Twitter?

NOTE: you may get 3 of these postings today since I am still in a transition to a new email distribution service...I apologize for crowding your inbox)