What if Jefferson wrote 'all men are not created equal' instead? 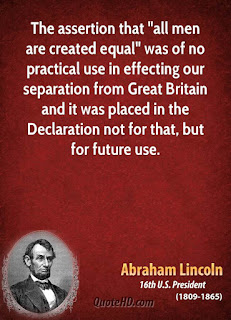 Amid all of the public vitriol about the inherent sin of slavery in our nation’s creation, one thing has been completely forgotten and not considered at all.

What would have happened had America not been founded on the principles of freedom and equality?

Jefferson did not have to write “all men are created equal” in 1776. He could have simply written: “We hold these truths to be self-evident, that all men are endowed by their Creator with certain unalienable rights, that among these are Life, Liberty and the Pursuit of happiness.”

No one would have known the difference back then or possibly even now. It still sounds almost as good as the original.

The moment the ink dried on the Declaration of Independence with those immortal words — “all men are created equal” — human history changed. Those words were the proverbial “shots heard around the world” that have had far more impact on world history and events than any musket ball fired at Lexington or Concord.

For the first time in recorded history, a government was established where every person, regardless of their background, race or station in life, was supposed to be considered “equal” to everyone else.

Such idealism had never happened before. The most important export from America to the rest of the world over the past 231 years has been the idealism of self-governance based on democratic freedom.

Had the slave-holding signers of the Declaration and the Constitution wanted to make sure America would be a country of entitled rich landowners of English descent forever, they would have written: “All men are not created equal.”

Think of where America would be today if the Declaration had been worded that way. America would not have become “the land of opportunity” where over one million legal immigrants flock each year to become Americans instead of becoming Chinese, Russians, Iranians or Somalians.

Signing a revolutionary document with “all men are created equal” in its preamble and then basing a new government on that foundational principle 11 years later, both times in Philadelphia, would have been only one mistake the “brilliant” Founders made if they wanted to create an American aristocracy or oligarchy forever.

But they made another mistake. The delegates at the Constitutional Convention in 1787, in a bald-faced political effort by Southern delegates to gain more power in Congress, agreed — again for the first time in history — to recognize slaves for representational purposes in the House.

Recognizing slaves as people for representational purposes had never been done before either — certainly not in the Roman Empire, the Greek republics, and certainly not under any monarch before 1787.

When the 13th, 14th and 15th amendments were passed after the Civil War, the idea that “all men are created equal” made every newly freed male slave a citizen with full voting rights, not three-fifths of a vote. Under “one man, one vote”, any former slave’s vote would be equal to that of any president as well as his former slave owner, a breakthrough of monumental proportions unthinkable even a few years previous.

Immediate institution of full citizenship and voting rights for freed slaves added 40 new congressmen from the South to Congress during reapportionment. Fourteen were African-American Republicans elected during Reconstruction. Fifteen hundred other black officials were elected throughout the South to state and municipal positions, again all Republicans, over the next decade.

Would that have happened had “all men not been created equal” even in the aftermath of such a bloody war? We will never know for sure but it is doubtful.

Very doubtful. Even that brief period of equality under Reconstruction was cut short by Southern Democrats who ruthlessly took away political power of not only southern black Republicans but also of southern white Republicans for the next 80 years.

Besides being a complete and utter surprise to anyone who has read any of the Old Testament or any legitimate history about Europe, Asia and Africa since time immemorial, he is completely and utterly wrong. People from Slavic nations are called "slavs" because the Vikings conquered them and made them slaves in the ninth century, to name only one example.

To Sen. Kaine and others: America did invent “equality” in a self-governing sense. And individual freedom. We are still working on them both as hard as possible “to form a more perfect union” two centuries later.