Pollsters Could Learn From Uber Drivers 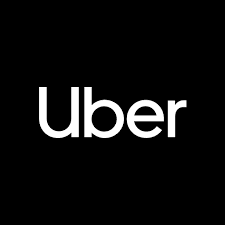 Pollsters famously got everything wrong about the presidential race in 2016. Almost from the time Donald Trump came down the escalator of Trump Towers in the summer of 2015, pollsters on all sides and in the media did not understand what was going on.
Partisan pollsters “guaranteed” a 5-point victory for Hillary Clinton over Donald Trump in North Carolina. The same pollsters are now saying Joe Biden has close to a double-digit lead over President Trump.
Gallup used to send pollsters to conduct face-to-face interviews with people around states which took considerable time and effort to get a decent sample size of 300 statewide to make predictions. They got in the personal sanctity of a person’s home which is impossible to do in today’s robo-call cell phone/internet world.
Pollsters might want to employ Uber drivers to conduct their polling today, at least for the presidential campaign. You can learn a lot from them if you just ask.
Think about it. 90% of the people who are called by pollsters today either don’t answer or hang up immediately. Many lie to pollsters. Pollsters have turned to online surveys augmented by gift cards and Starbucks Rewards which seems to defeat the concept of “unbiased” data-collection in the first place.
All of that goes away in the sanctity of an Uber car. It is just you and the driver. Most Uber drivers are intelligent, thoughtful, chatty people who don’t mind carrying on an intelligent conversation for the 10 to 15-minute ride home.
I like to ask every Uber driver what they think of current events. Last week, I met (interviewed) an Uber driver who was a Marine veteran and a teacher in a small town outside of Raleigh. He had three advanced degrees, was active in church and local civic groups, and drove for Uber during the summer when school was out but also during the school year at times to help with family expenses.
Here are his verbatim answers to my questions about what he thought about politics in general, the COVID shutdowns and riots around the state and nation. I was taking notes on my phone as he drove me home:
“Trump is going to crush Joe Biden in NC. No one is interested in or excited about Joe Biden. Not in rural Wake County. Not even in urban or suburban Wake County.
“I have Ubered thousands of people over the past couple of years: rich/poor, black/white, young/old, male/female. Not one single person has told me they are excited about voting for Joe Biden. If they say they are voting for Biden, it is mostly because they are voting against Trump.
“Every week I go to a crowded cigar store in town owned by a black man. Most of the black men in that store tell me they are voting for Trump:  ‘He ain’t a great guy, and he can stop tweeting all the time… but before COVID, I was making more money than I ever had before. And now that the economy is opening back up again, I am getting back up to where I was in March and I want to keep it that way’
“None of the older black gentleman endorse or condone the violence they see in Raleigh or on TV. They recognize the need for social reforms and equality under the law; they lived it growing up in the 50s and 60s. But they don’t like the rampant destruction of property and think it counterproductive to what they grew up believing and struggling for. It winds up hurting the very people, the inner-city poor, they all want to help.
“We shut down everything to what end? Social distance, wear a mask, cover up in a rubber hazmat suit if you want, but don’t shut down people’s livelihoods. Closing churches and gyms while allowing mass protests in the streets with no penalties just rubs people the wrong way.”
Every Uber driver I have had in the last 4 years has said they support President Trump. Foreign-born naturalized citizens from France, South Korea, Sierra Leone…they all say they came here to live in the freedom America offers and President Trump represents that freedom to them.

Take an Uber ride yourself, and talk to your driver. You might learn a lot.