“On Abortion, Many Say It Is Complicated” 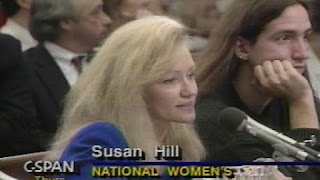 Few men can say their lives were more “complicated” when it comes to abortion than me.

My sister, Susan Hill, was a prominent abortion rights activist from the moment Roe vs. Wade was decided in 1973. She founded the National Women’s Health Organization which operated an abortion clinic in Raleigh for decades before her death in 2010.

We talked about abortion, argued about abortion and cursed each other over abortion for a longer period of time than “Gunsmoke” was on television. To her, I was “idiotic”, “callous”, “stupid” and a “blighted ovum”… and those were some of the nicer things she called me.

All in love, of course, between a brother and sister.

The New York Times ran a story headlined “On Abortion, Many Say It Is Complicated” on the front page of their Sunday, June 16 edition. It struck a nerve because it reminded me of all the conversations I had with my sister and no longer have.

As much as we argued and shouted, we engaged in a lot of thoughtful, serious discussion about abortion at a very personal level over all those years. We may not have solved the issue but we most certainly understood where each other was coming from.

I recently led a discussion in Washington DC for a group of young students about public service and then invited them to ask any question about any issue on their minds.

Of course, the only issue they wanted to talk about was the issue most sane people run away from: abortion. The twin issues of fetal heartbeat legislation and late-term abortion or “infanticide” bills were very much on their minds.

It could have been a disaster. Instead, it was one of the more enlightening and interesting discussions I have had since my sister passed away.

It certainly was more “civil”.

These students were interested in the origins of the debate since they were born in 2002 and 1973 is like ancient history to them. What happened in America before Roe vs. Wade; what really is the core belief of pro-lifers when it comes to a human fetus in utero?

One young woman said she had never heard the basis for the pro-life position. Why should she? She never had talked openly with anyone who was pro-life. She certainly was not going to gain a full understanding from the shouting matches on cable news talk shows.

We discussed how our American core value concept of “freedom” is at the core of the abortion debate. Pro-choice activists and supporters believe the “freedom” of the woman to make all decisions regarding her body is sacrosanct.

“No man is going to tell me what to do with my body!” I can still hear Susan say.

Pro-life activists and supporters believe the human embryo has value from the moment of conception and deserves to be protected more so than animal advocates want to protect puppy dogs and baby seals. “I knew you before I formed you in your mother’s womb” (Jeremiah 1:5) gives believers the basis to say every human being from germination deserves an equal opportunity to pursue life, liberty and happiness just like any other American.

These two opposing views of freedom have butted heads in public like bighorn sheep in rut for 46 years now.

We talked about ways we as a society and government can help women in unwanted crisis pregnancies. Men have to be held far more accountable for their role in any unwanted pregnancy whether is it more support of the mother before the birth or the child after. Adoption polices need to be revamped and upgraded. Pregnant mothers need more financial support and safe homes to live in because many feel trapped in untenable home situations with no way out.

One young woman wrote later and said: “I am very grateful to have discussed abortion. I appreciated the respectful atmosphere and cooperative environment”.

No one has ever said they were “very grateful to have discussed abortion” with me. My sister may have been “grateful” to use me as sounding board or punching dummy but I doubt she ever was “grateful” to me for disagreeing with her.

Try to talk with someone this week on the other side of any contentious issue. See if you both can come away feeling “grateful” for the experience. You can even talk about abortion.