Will This ‘Blue Moon’ Election in North Carolina Turn Into An ‘Eclipse’ For The GOP? 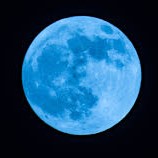 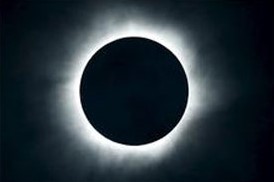 What is a ‘blue moon’ election anyway?

A ‘blue moon’ election happens when there is no statewide Presidential, US Senate or gubernatorial campaign at the top of the ballot to drive voter turnout up.

It is called a ‘blue moon’ election because a real blue moon, or a second full moon in one month, happens infrequently about every 2.5 years.

‘Blue moon elections’ are 6 times more rare. They happen every 12 years in North Carolina. The last one was 2006 which was favorable to Democrats. Before that was 1994 which was devastating to Democrats nationally and allowed Republicans to take control of the NCGA for the first time in a century.

If Republicans and conservatives fail to take this upcoming ‘blue moon’ election seriously, 2018 might become ‘The Eclipse Election’.

Of Republicans. Not Democrats.

Care to guess what happens in typical mid-term congressional elections with a US Senate campaign included?

In a ‘normal’ midterm, perhaps 3 million registered citizens, or 44% of all registered voters, would vote in North Carolina.

There is no US Senate race at the top of the ticket this November.

This is not your ‘typical’ midterm election in North Carolina.

This is a ‘Deep Dark Blue Moon’ election without a lot of attention and enthusiasm. Many North Carolina voters will wake up the day after the November 6 election and say: ‘You mean there was an election yesterday?’

On top of that, 5-6 of the 13 congressional elections in North Carolina involve entrenched incumbents running unopposed or virtually unopposed. That will further depress turnout in those congressional districts which cover 46% of the state population.

We may not have 3 million people show up to vote this fall in North Carolina. It might be far under that number.

Care to guess who wins such low-turnout elections?

The party that can harness the most energy among voters. In most cases, that energy is ‘anger with the status quo’.

In 2016, all anyone had to do was to go to any Donald Trump rally and see 10,000; 15,000; 22,000 people show up from Greenville to Kenansville to see that energy at work. Democrats pooh-poohed it as non-indicative of what would happen on Election Day, only to wake up to see Hillary Clinton go down in defeat.

In 2017-2018, all anyone has had to do was look out an office window on Fayetteville Street in Raleigh and watch 20,000 to 30,000 red-shirted public education teachers march to the legislature to see that energy on the Democrat side this time around.

If you are a Republican or Unaffiliated voter or in business and are generally pleased with Republican control of the NCGA in terms of tax cuts and making North Carolina a more business-friendly state since 2011, and you have enjoyed the tax cuts and deregulation from Washington and the stock market gains since 2016, don’t kid yourself….you can lose everything in this election unless you get as energized as you were in 2016, 2010 and 1994.

‘Energized’ means giving more money to campaigns this year than you did in 2016.

‘Energized’ means telling all of your employees and friends to vote in this crucial election.

‘Energized’ means not being complacent because politics is never static.

If you don’t get ‘energized’---and real soon---you may witness a political eclipse on November 6.

And the state map will be as blue as the moon.