The Danger of 'Latent Hypocrisy' in American Politics 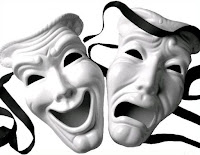 Do you think you are a completely fair and objective evaluator of politics?

‘Donald Trump is a completely immoral man and shouldn’t be president of the United States!’

Now do this: Replace ‘Donald Trump’ with Bill Clinton and see if you can say the same thing.

‘Bill Clinton is a completely immoral man and should not have been president of the United States!’

No ifs, ands, or buts allowed. No moral relativism on a scale of your choice. No saying ‘Well, Bill Clinton may have been bad but Donald Trump is worse!’

If you can’t say exactly the same thing about both men, you probably have ‘latent hypocrisy’ and you don’t even realize it.

Latent hypocrisy is what is really hurting our political discourse lately. The inability not only of politicians themselves but commentators, news reporters and partisans to honestly admit both the good, the bad and the ugly about their side as well as the other side makes it virtually impossible to gain any traction on the truth, or as close of an approximation to the truth as we can humanly achieve.

We all know what ‘blatant’ hypocrisy is. That is where elected politicians know they are playing certain roles in public debate and staking positions out in public to frame the issue from both ends and to see a parameter within which a compromise can be hammered out.

Republican President Ronald Reagan and House Democrat Speaker Tip O’Neill used to routinely set out pretty harsh lines in public against one another in the 1980’s when Democrats held insuperable 85+ seat majorities to satisfy activist partisans on both sides. However, they would retire in the evening to play gin rummy, drink scotch and trade stories and jokes before settling down to some serious reasonable compromise they would both be willing to accept for the good of the country at large.

Not just for the good of their respective political parties.

North Carolina Democrat Senator and former Governor Terry Sanford and Republican Senator Jesse Helms grew up together in North Carolina politics as Young Democrats before Helms ran as a Republican in 1972. They would stake out diametrically opposed positions in public on an issue that made some people think they hated each other. Then they would go behind closed doors and hammer out a compromise because of their life-long friendship to get things done rather than waste time with endless and many times senseless yammering and posturing in public.

As long as political people acknowledge their ‘blatant’ hypocrisy in public is a tool to the ultimate end of a solution to the problem at hand, it can be accepted and used to good effect.

It is when people don’t recognize they have an inherent bias that troubles arise. If you think you are always right and your opponent and their party is always the Spawn of Satan, you will never drop your guard behind closed doors and give an inch on anything.

Your supporters and partisan followers won’t either. Who then go on talk shows to talk about the speck in the opposing side’s eyeballs when they have a railroad tie sticking out of both of theirs.

Try this exercise in the weeks to come. Anytime you hear someone on the other side say something nasty or terrible about your candidate or political party, say the same name of your favorite candidate or party and see if you can say it out loud in front of your spouse, friends or colleagues.

If you can’t say it without swallowing your tongue and breaking out into hives, then you are part of the problem.

If you can say it, congratulations on being an adult in a world of arrested development.