If You Are Upset About The Level Of Money In Politics, You Should Support Radical Tax Reform 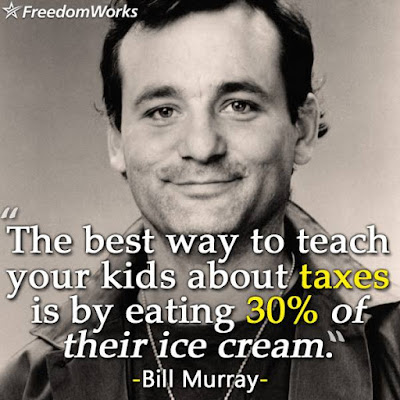 Call your Senator and Congressman and demand they close most tax loopholes in the US tax code if you are upset about the level of money in political campaigns today.

Taking money out of politics is not the main reason to do tax reform.

But it would be a nice benefit, wouldn’t it?

Why would true tax reform take money out of political campaigns?

Huge sums of campaign money come from people and lobbying organizations who want to protect their specific tax exemption, deduction or loophole in the current, stale and sclerotic federal tax code.

If Congress would lower overall tax rates and eliminate as many tax loopholes as humanly possible, the amount of PAC and special interest money flowing to candidates should fall precipitously as well.

In an ideal world where personal and corporate income taxes are replaced by, for example, a single simple consumption tax on billions of transactions made each day in America, there would be next to zero reason to send campaign money to support a candidate other than to keep the consumption tax as low as possible and support a particular political philosophy on one side or the other.

Much of today’s campaign contributions go to protect someone’s ox that might be otherwise be gored one day.

If you are one of the 44 million households that itemize tax returns, ask yourself the following question: ‘Would I rather have all my income each year or the tax deduction I am afraid of losing?’

Chances are your calculus would lead you into the consumption tax camp immediately overnight. You would be taxed on what you purchase, consume or transact every day; if you are frugal, your taxes will be minimal.

If you are like many professional athletes and buy $10 million mansions, you would pay much more in taxes than the average person. Spendthrifts would become the new ‘top 1%’ when it comes to paying taxes.

There are literally thousands of examples of unfair anomalies in the current tax code due to preferential tax treatment.

In 1942, NFL owners got Congress to add the NFL and other professional sports organizations to the list of non-profit entities such as the American Medical Association, Boy Scouts of America and hospitals, colleges and universities in the country that do important charitable work in local communities.

How the NFL ever was compared to the Little Sisters of the Poor in terms of contributions to society is beyond explanation.

What if the tax reform bill now under consideration in Congress set into motion cosmic forces that one day soon led to the abolition of the income tax code in its entirety and replaced it with a simple per-transaction consumption tax?

No 'income tax' would mean 'no reason to shelter your income no matter what size it is’ from federal taxation. There would be no reason for any tax deductions, exemptions or breaks that are usually available only to the highest income earners in America anyway.

And, therefore, no reason for much of the money that goes into campaign spending each year.

A 10% per transaction consumption tax would most likely bring in the same amount of revenue as the current income tax without all of the Rubik's Cube machinations and tax avoidance schemes we have concocted since 1913.

Possibly more since the current tax code shelters enough income to prevent close to $2 trillion of taxes annually from being paid to the federal treasury.

Every time a purchase is made from buying paperclips to a new stadium, each person, entity, company or organization would pay a 10% tax to the federal government at the time of purchase at the checkout counter or closing.

Tax reform in 2017 should be the beginning of tax reform going forward. Not the end.