'The Russian Connection': On Fire or Spindoctoring?

Forgive us for being more than a tad bit 'skeptical' about the Democrat claims about Russian collusion with the Trump campaign.

We have been around politics long enough to feel our antennae start to quiver whenever we see a story that might not be entirely 100% true stem-to-stern and maybe, just may be quite possibly ginned up solely for political advantage one way or another.

This is one of those times.

Now, if further investigation finds an email or a tape of a phone call that shows a Russian official bribing or cutting a deal with a Trump campaign official with these words: 'The Russian government will give you $100 million in campaign ads to help defeat Hillary Clinton in the 2016 US election in return for President Trump lifting sanctions against Russia after he is elected', all bets are off.

That would be really bad. And subject to prosecution to the fullest extent of the law. As it should be.

No one seems to be asserting such a thing, however, other than to say they are 'worried' about the 'possibility' of 'collusion' between the Trump campaign and the Russians.

Well, join the club! We have been 'worried' about a lot of things that happened over the past 8 years. Nothing seems to have come of all of that, has it?

Remember this golden oldie from the Obama days in his re-election cycle of 2012 speaking to out-going Russian President Medvedev on March 26?

'As he was leaning toward Medvedev in Seoul, Obama was overheard asking for time - "particularly with missile defense" - until he is in a better position politically to resolve such issues.


"I understand your message about space," replied Medvedev, who will hand over the presidency to Putin in May. 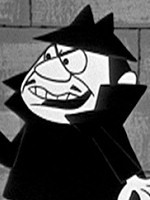 "This is my last election ... After my election I have more flexibility," Obama said, expressing confidence that he would win a second term.

Who did the press think President Obama was dealing with then, Boris Badenov?

Sure sounds like he was cutting a deal with the Russians back then during a presidential campaign, doesn't it?

Here's the reason why we are so 'skeptical' right now. We recently finished an excellent book you should read soon, 'Shattered: Inside Hillary Clinton's Doomed Campaign' by Jonathan Allen and Amie Parnes.

They described the agonizing last hours of the campaign and the 3 hours of election returns that can only be described as torture for Hillary Clinton and her campaign aides as they saw her chance to become the first woman President of the United States of America slip away.

The next day, right after a devastating loss and the snuffing-out of a life-long dream to be the first female President of the United States, instead of crying inconsolably or being totally hungover and incapacitated from rational thought, here is what the authors of the book said Hillary Clinton and her advisors immediately set out to do:

'In other calls with advisers and political surrogates in the days after the election, Hillary declined to take responsibility for her own loss. “She’s not being particularly self-reflective,” said one longtime ally who was on calls with her shortly after the election.

Instead, Hillary kept pointing her finger at Comey and Russia. “She wants to make sure all these narratives get spun the right way,” this person said. That strategy had been set within twenty-four hours of her concession speech.

Mook and Podesta assembled her communications team at the Brooklyn headquarters to engineer the case that the election wasn’t entirely on the up-and-up. For a couple of hours, with Shake Shack containers littering the room, they went over the script they would pitch to the press and the public.

They also decided to hammer the media for focusing so intently on the investigation into her e-mail, which had created a cloud over her candidacy. “The press botched the e-mail story for eighteen months,” said one person who was in the room. “Comey obviously screwed us, but the press created the story.”

With all of the well-known connections between the liberal Democratic party machine and the nation's mainstream media outlets, it is not too much of a stretch to believe that the Russian hacking story got its birth from the Clinton campaign right after it was apparent she lost the Presidency and then spread its tentacles throughout the media almost immediately, is it?

That is what it looks like to us at this stage of the game. A deliberate spin game story. Apparently, the Clinton campaign and their folks are pretty good at planting stories and fanning the flames of the media. Here we are six months after the election and the frothing at the mouth and howling at the moon seem to be hitting new highs each and every day.

Let's try to boil down some of this into simple sentences and see what might be going on with all of this:
What ARE some ways the Rooskies could try to influence the outcome of any American election?

If the answer is 'yes' to any of these 4 questions, then we have a bigger problem than the Apollo 13 astronauts when they stirred the oxygen tanks on the way to the moon which exploded in space.


'If the Rooskies did influence our presidential election last year, they sure made a mess of it since Hillary Clinton WON the popular vote by 3 million votes over now-President Donald Trump.

If they had REALLY wanted to make sure she would lose, wouldn't they have at least taken the time and made the concerted effort to make sure she LOST the popular vote by 3 million votes instead???

Maybe the Russian hackers understand the US Electoral College better than most Americans do.

Ask yourself a couple of questions to see if they make logical sense to you:

One of the few plausible scenarios was that somehow the Russian government was behind the Wikileaks release of hacked data from the DNC and John Podesta's email accounts, among others. Julian Assange, president of Wikileaks, has denied those charges and other outlets have confirmed no such connection existed.

Here's something that might change our mind as we said at the outset: an email, transcript of a phone call between Trump operatives and the KGB or whatever runs Russian spy networks today or a plain old-fashioned letter written with invisible ink by a quill pen as they did in the old days with the following message on it:

'Ve Vill Help Defeat Hillary Clinton If You Vill Give us Crimea, Ukraine and Boardwalk Place After You Are Elected'...

Otherwise, simply because we have seen this sort of Spin Doctor work in Washington over the past 37 years, we are going to have to remain in the Jerry McGuire camp before we can pass judgement that a crime has been committed.

As in 'Show Me The Money!' (coming from Russian bank sources)