Making Sure The Trump Tax Plan Doesn't Explode The Deficit

You are going to be bombarded in coming days and weeks with shrieks and cries about how the Trump tax plan won't 'be paid for' and 'will explode the deficit'.

Which would be humorous if it wasn't coming from the same media outlets who were deaf and mute about the deficits and debt under President Obama.

It is just baked in the cake already. Mostly due to entitlement spending and compound growth.

So no one gets any sort of star on the middle of their foreheads for holding down deficits since 2000. No one. In the White House or in Congress. Either Democrat or Republican.

There are several important parts of the Trump tax plan as outlined today. Until further details are presented, there is no way to be 100% sure about what the revenue changes will be.

However, here's what seems to be going on:


To those who are suddenly 'worried' about the national debt after 8 years of not caring about it, they need to know that the net revenue loss due to all tax provisions NOW in the tax code amounts to roughly $1.5 trillion per year. Elimination of all of them, referred to as 'tax expenditures' in budget parlance, except for the 3 mentioned above, would yield at least $1 trillion in new tax revenue annually.

In order to not add to the debt, or the $10 trillion already expected to be incurred based on past policy-decisions, tax writers are going to have to find as many tax deductions to eliminate in order to make up for the lost revenue from the tax rate cuts.

Or they are going to have to find a commensurate amount of spending reductions from the baseline (which are not real absolute cuts but rather a slowing of spending in the out-years).

Which is where the 'Repeal and Replace Bill to Eliminate Obamacare' (RRBEO) comes in.

IF you don't want to see so many tax deductions eliminated, THE ONLY place left, if you care about reducing annual deficits, the national debt and generally the size of government, is to CUT FEDERAL SPENDING SOMEWHERE! ANYWHERE!

The first draft of the Republican health care bill to replace Obamacare had close to $1 trillion in spending savings in it. That is a good place to start.

The more 'debt-neutral' this tax bill can get, the better it will be for all of us in the long-run. Eliminating hundreds of special tax provisions for this industry or that business sector is a good thing, especially since cutting the tax rates is expected to contribute to a revving up of our economy.

Tax cuts have worked in the past when coupled with federal spending cuts that have exceeded the magnitude of the tax cuts in terms of impact on the economy. Just take a look at the entire presidency of Calvin Coolidge from 1923-1929; he led the effort to cut federal spending, federal debt AND federal taxes every single year and the US economy boomed during that time.

Silent Cal seemed to have understood the concept of getting the economy off to a roaring start as many hot-rodders of the 50's and 60's knew about their cars: popping the clutch and flooring the accelerator is the Trump Tax Plan right now.

We just need to make sure someone also knows how to use the brake on spending, again, much like Silent Cal knew how to use it.

Based on hundreds of hours of testimony we heard from hundreds of experts on the subject of national finance and the economy over 12 years working on Capitol Hill, we have come to the conclusion that, as former Federal Reserve Chairman Alan Greenspan used to dryly intone in one form or another:


'We know at some point in time, all nations in history that have over-spent their revenue base and built up unmanageable levels of national debt have suffered rampant inflation, severe depreciation of their currencies, sky-high interest rates and a collapse of their previously-working economic system.

The problem is....once a nation realizes it is past that point, it is too late to do anything about it. Cutting spending, increasing tax revenue, preferably through a growing economy and balancing the federal budget now is far preferable to rolling the dice later'

We heard that from Chairman Greenspan and 99 other experts starting in 1985. Republicans and Southern Democrats, (of which there were 91 at their high point) banded together in the House and the Senate to push through various budget spending control measures starting in 1990 and continuing in 1993-94 and 1997 to produce only the 4 balanced budgets from 1998-2001 that the US has seen, or is likely to see for the foreseeable future, since 1952. 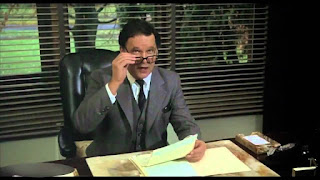 '4 balanced budgets out of 65 years is no way to go through life, son!' as Dean Vernon Wormer might say if he were President.

It coulda happened you know.

*'Debt owed to the public' is just what it says it is....debt owed to people or sovereign governments. Overall Debt in 2027 should be around $30 trillion when you add in the intra-governmental debt that is issued such as when money is transferred from Social Security Trust Funds to other purposes