What Happened To Lower Tuition Rates In North Carolina? 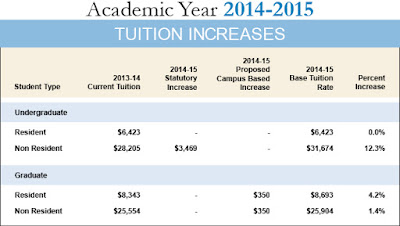 Even though they still are at least 40 percent lower than in-state tuition at public universities in our neighboring states, Virginia to the north and South Carolina to the south.

The state Senate recently tried to help college students and their families at five state-supported universities with a proposal that would help them save close to $10,000 in college tuition costs over the next four years.

However, HBCU supporters thought they saw this as a backdoor way to weaken the three HBCU institutions and successfully got them removed from the list. Western Carolina and Pembroke State students are now the only ones left who will benefit from this $10,000 price cut if it makes its way into the final bill signed into law at the end of this legislative session.

What in the world is going on here?

Did opponents of this proposal ask any current HBCU student or family supporting those students at these three universities if that was okay with them? Was there any kind of poll taken or survey asking these 12,000 students and their families if they were ‘happy’ that they were going to have to cough up $2,500 more per year for the next four years to go to one of these three universities than they would have had to if the Senate proposal been accepted and passed into law?

Whatever happened to the state constitution’s free in-state tuition ‘as far as is practicable’ argument? Isn’t $1,000 annual tuition better for the student and the family than paying $3,500-$4,000 annually for the same university?

Isn’t a lower tuition closer to being free as far as practicable far better than paying a higher in-state tuition fee by anyone?

The argument has been made that the ‘trust level’ is not what it should be between member institutions and the General Assembly. The expressed fear was that the roughly $70 million in additional funding the Senate proposal was going to provide for these five state universities to make up for the lower tuition might be removed in future years.

State funding for anything can be removed at any time for any reason, political or economic. The $70 million could be replaced by higher in-state tuition next year if there was a ‘revolt’ of some sort from the students and families at these three HBCUs because they did not like paying such a low in-state tuition this year — which would be highly unlikely, if you really think about it.

To put this in context, consider what state tax cuts would have had to have been for these 12,000 students and families to be equal to the lower tuition that was proposed:

• Many of these families would have had to have received a targeted 100 percent state income tax cut for the next 10 years to equal $10,000 in savings.

As it is, the students at Western Carolina and Pembroke State now stand to gain close to $10,000 in more disposable cash available or savings kept vis-à-vis their HBCU counterparts at these three universities starting August 2016.

One father of an incoming freshman at Western Carolina told me that he felt like he 'had just hit the lottery!' He is a minister so every dollar he and his wife can save from in-state tuition is helpful to say the least.

Modern Math must be more complicated than previously thought.