The Most Important Book You Can Read This Summer 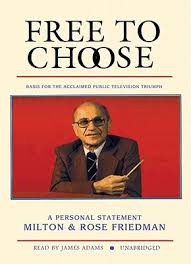 Besides the Bible or whichever religious scriptural text you choose to follow, that is.

It occurred to us recently that if you were born in any year after 1980, believe it or not, you have a very limited appreciation or even knowledge of a time in America when things were moving along at a fairly robust economic clip where people were joining the workforce, not dropping out of it, because there were so many jobs been created everywhere.

Think about it. If you were born in 1980, you were turning just 20 years old when President George W. Bush 43 was sworn into office in 2001. Unless you were a very unusual child prodigy interested in economics or business, you probably did not pay as much attention to the Dow Jones Industrial Average and economic growth data from the US Department of Treasury, OMB and the President's Council of Economic Advisors as you did to video games, sports, dating or any other diversion pertaining to youth.

As soon as you were sentient about what was going on in the world around you, 9/11 hit and the Dawn of the Age of Global Terrorism was upon us. The economy weakened under President Bush and never really got going very well before the financial house of cards crashed in 2008 and we experienced the worst recession/depression since the Great Depression from 1929 until we entered World War II after Pearl Harbor in December, 1941.

The 1.76% annual rate of growth under President Barack Obama is quite simply, the worst economic record of any modern American President.

If that had been for just one term, that would have been bad enough. But for two full terms or 8 straight years???

Normally, that would have been labeled as 'catastrophic!' by the national media. Had that been the record of any Republican President, of course. However, since the mainstream news media has long since forgotten how to be impartial, fair and balanced, they defend the economic record of President Obama as 'terrific!' which redounds only to the detriment of all the young people who can't find a good job now or have to work 3 jobs just to make ends meet.

What can change all of that?

We have started to re-read 'Free to Choose', a magnificently easy-to-read primer on market economics by Nobel Prize winning economist Milton Friedman, formerly of the Chicago School of Economics.

We remember reading this book in 1980 and feeling like a massive neon light went off in our brains. We had been indoctrinated in high school and college with the advantages of the welfare state and how great 'top-down' management of the economy supposedly was.

But we were watching the US economy melt down all around us as we graduated from college. Inflation hit 12%; interest rates were approaching 21%, President Jimmy Carter instituted gas-rationing where you had to figure out if you could go fill up the gas tank in your car on odd-or-even days (don't ask); Iran held 52 American hostages for 444 days in Tehran and things just generally felt like they were going to hell in a hand-basket.

Things were not going as splendidly as the people who loved more government and bureaucratic control of everything wanted you to believe in 1980. In fact, almost everything run by the federal government was falling apart at the time. Deficits were running about 35% each year and the national debt was 'spiraling out of control'. (It was 'only' $908 billion but the economy was only $2.8 trillion in GDP at the time as well)

Which is the prime reason why the American people voted Ronald Reagan in as President and kicked Jimmy Carter to the curb in what is still the largest landslide vote to turn out an incumbent president in American history, 489-49 electoral votes.

Here's why we think it is so important for everyone, especially every young person, to read Mr. Friedman's book this summer:


'It will give you hope for the future'

'Free to Choose' gives you a roadmap for the proper role of government in American economic life. Mr. Friedman says the role of the federal government, or government anywhere, should be as a 'referee', not as a 'participant' in any economic endeavor.

The amazing part of American history is the extent to which we have always aimed for the idealism embodied in Adam Smith's 'Wealth of Nations' that free men and free women, acting on their own initiative and hard work, can produce a society where goods and services are freely transacted on a daily basis to the benefit of everyone involved.

The more government interferes with those decisions, the less efficient and productive the economy becomes, almost as if the fuel injection systems of your high-tech automobile are gummed up with residue, muck and carbon build-up.

'Clean out the carburetors and let the engine run smooth as silk' was Mr. Friedman's basic message, to date this book back to a time when there were carburetors to clean out in a car's engine in the first place.

We have reached another hinge point in American history very similar to the one we faced in 1980. The economy is dragging along as if it has a $20 trillion debt burden on its back (it does) in addition to a wet blanket of regulations, rules and taxes as deep as the volcanic ash that covered Pompeii from President Obama's 7.5 years in office.

This is by no means an argument for 'no government' as detractors of free market economics say whenever faced with arguments advocating more economic freedom and less government control.

As Mr. Friedman said, the government should be a 'referee', not a participant in economic transactions made between free people. One of the worst things that happened during the Crash of 2008-2009 was that young people saw hundreds, if not thousands of Wall Street bankers and money-changers essentially get bailed out of their own freely-made economic decisions that turned out to be disastrous, and hardly any of them were forced into bankruptcy or, if crimes were committed, tried and sent to prison.

Most, if not all, were restored to full economic health and massive wealth by you, the individual taxpayer with help from the Federal Reserve 'expanding their balance sheet'.

It had the same detrimental impact to young people observing it all as watching a wealthy guy cheat on the golf course. Any other golfer would be disqualified from the tournament if he so much as started to putt the ball and it moved. The Wall Street bankers basically took 10 mulligans on each hole; kicked the ball out of the rough like Judge Smails in 'Caddyshack' and laughed about it all the way to the bank after taking your money in a $1 trillion Nassau.

We have to restore confidence in the private sector. We can not have a healthy economy if we continue on the Obama pathway towards more government, more socialism and more bureaucratic control of our economy.

Mr. Friedman opens his book with this pithy observation:


'We have not yet reached the point of no return. We are still free as a people to choose whether we shall continue speeding down the 'road to serfdom' as Friedrich Hayek (said) or whether we shall set tighter limits on government and rely more heavily on voluntary cooperation among free individuals to achieve our several objectives.

Will our golden age come to an end in a relapse into the tyranny and misery that has always been, and remains today, the state of most of mankind? Or shall we have the wisdom, the foresight, and the courage to change our course, to learn from experience, and to benefit from a 'rebirth of freedom'?

Read 'Free to Choose' this summer at the beach. Buy copies and give one to each member of your family, your extended family, your neighbors, co-workers and church congregation. Give one to every person you meet in the street.

It is that important of a book.

And far more important to the future our our country than, say, reading 'Bay of Sighs' or 'End of Watch', two books on the New York Times best-seller list this summer.