'The Founders Were Serial Compromisers'

One of the reasons why we like what we are doing is that we always get the chance to hear a distinguished scholar, professor or expert talk about some aspect of helping people learn to run for public elected office.

We get to learn from such experts while we also get to see the next crop of James Madisons, Thomas Jeffersons and Alexander Hamiltons in these classes. There are hundreds of them...they just have not been running for public office for any number of reasons.

Which we are trying to change.

Last night, we got to hear Neil Siegel of the Duke Law School expound on the ins-and-outs of the US Constitution in about 90 minutes. Each time we hear a different speaker, we learn something new about that truly amazing document written by mere mortals in 1787 in Philadelphia, PA.

Here's one line that caught our attention from his lecture:


'The Founders were serial compromisers'

In today's poisoned political environment, every one of these 'compromisers' would be primaried in the next election for violating some pledge they had signed promising 'never to do such a thing' while in office.

Here's what some of them might have been called:

Can you imagine what would have happened had there been such a slavish dedication to any of these principles at the Philadelphia Convention?

We can. The answer would have been 'nothing'. Or worse than nothing since the only government they would have defaulted to would have been the inept and inert Articles of Confederation that failed so miserably as our First Constitution and whose foibles and deficiencies led to the creation of the constitutional convention in the first place.

Is that what you would have wanted at the very beginning of our American Republic?

We bring this up because yet again we have seen the abject failure of 2/3rds of our federal government to work together, this time on the Iran Nuclear Deal which we think has the potential to be one of the worst deals America has ever entered into. (see 'Israel Will Not Exist in 25 Years'-Ayatollah Khamanei)

President Obama deliberately chose to by-pass the traditional constitutional process of passing the Iran Nuclear Deal as a treaty through the US Senate which required 67 votes to pass, mainly for fear of it not being able to attract enough Republicans to support it as written. Then the Democrats in the Senate mustered 42 votes to defeat a cloture motion which would have allowed full debate on the Senate floor had it gotten 60 votes in the Senate.

So, on perhaps the most momentous international agreement between the United States and anyone in the 21st century so far, the entire elected legislative body in the US Senate is basically denied a chance to fully debate the ups of this Iranian nuclear agreement, if there are any, and the downs, of which there seems plenty. 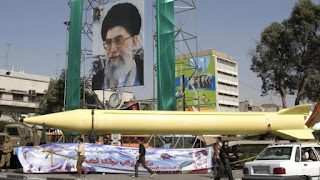 What sort of 'democratic republic' is that?

Here's a question to ask if you are a supporter of President Obama and this Iran Deal:

'Would you be as happy to see a President Donald Trump bypass a Democrat Senate and House and basically just emulate this process now plowed by President Obama?'

If you can answer an honest 'yes' to this, then you are constitutionally consistent at least. If no, then you really have to examine why and come up with a good answer as to why not.

It is very hard to have any sort of compromise when either side is unwilling to accept the fact that the other side basically fundamentally disagrees with you, no matter how smart you may think you are or how righteous you may think your cause is.

If you think that the Founders had it any easier when it came to commitment to issues and fundamental principles, think again. While no one was shot in a duel in Philadelphia, duels were common back in the day. Then-sitting Vice-President Aaron Burr shot Alexander Hamilton over a disagreement and a basic hatred of each other in the morning at Weehauken, New Jersey....and 10 days later, he was back in the Senate chamber presiding over the US Senate as if nothing had happened.

We can't have a functioning democratic republic without 'serial compromisers' as Professor Siegel pointed out last night. The Founders compromised on almost every single issue that came to the table at Philadelphia.

We can't even compromise on one single thing anymore. Not even allowing an important issue such as the Iran Deal to come to the floor of what used to be known as 'The World's Most Deliberative Body', the US Senate.

Today, the US Senate has officially become known as 'The Place Where Everything Goes To Die!' Or at least serious rational civil debate.

Daniel Webster and Henry Clay would be aghast. Maybe the Founders should have considered one more Amendment in their original bill of rights:

At least people would know that is how our government is supposed to work instead of not working as we have seen for decades now.