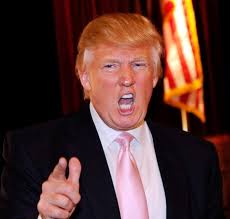 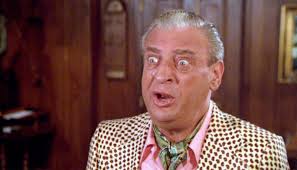 Everyone is concerned about Donald Trump as if he is breaking some sort of gentleman's agreement in American political discourse.

If anything, Donald Trump is returning American politics to its rough-and-tumble nature that existed at its very beginnings.

American politics has never been the genteel gentlemen's sport that one might associate with English fox-hunting or cricket or tea-sipping at 3 pm in the parlor of some castle.

American politics has always been more akin to the WWE, the World Wrestling Entertainment Inc or the WWF before it. American politics 'looks' and 'sounds' vicious but there has always been a sort of understanding that beneath it all, it has very strong elements of entertainment, comedy and theater to every campaign. The more memorable they are, that candidate usually has a good chance of going a very long way to winning the White House.

The way that boorish people get eliminated from the political process is if enough people don't like them or what they are saying and they don't vote for him/her. It is Darwinism and capitalism at its purest intersection; you get the choice to decide if you are 'buying' what the candidate is selling and saying by voting for them or not. It is up to you.

If 50%+1 of the voting population agrees with you, he/she gets to serve in the White House for 4 years. This is not a debutante ball, you know, where manners and politeness are rewarded somehow.

Teddy Roosevelt was hardly considered a 'polite, shy and retiring' personality, for example. He could be as acerbic and scathing as any individual of his day, in politics, the press or anywhere in America.

If you have never seen Gorgeous George from days gone by in professional wrestling circles, then you may not ever understand Donald Trump, all the way up to his flamboyant blonde mane. Gorgeous George was the Master of Showmanship; he knew how to fill auditoriums to the rim with ticket-buying fans.

(Muhammad Ali understood Gorgeous George 100%; he copied his flamboyant exhibitionist style of sports as entertainment all the way to becoming the (Greatest of All Time!'...click through the title of this post if you want to see the video of Gorgeous George below)

We thought it would be fun to see if you could match up the quotes below with any American political figure of the past or present, including Donald Trump, since he is considered by far to be the most scandalous in this campaign today.

Some are candidate-on-candidate quotes; some are elected official-on-elected official quotes and some are press quotes or scurrilous campaign jingles or comments circulated by opponents of the other candidate.

We threw in a few Rodney Dangerfield as 'Al Czervik in 'Caddyshack' quotes as well to see if you could tell the difference between modern American comedy and historical political fact, (mainly because we have been struck by how similar Donald Trump and Al's delivery and zingers really are upon deeper reflection):

1. "(He) had no more backbone than a chocolate eclair."

2. "(He) doesn't know any more about politics than a pig knows about Sunday."

4. "Are you prepared to see your dwellings in flames, ... female chastity violated, or children writhing on the pike?.....(T)he soil will be soaked with blood and the nation black with crimes."

7. "It is said that at a year old,  he could laugh on one side of his face and cry on the other, at one and the same time."

9. "I've asked (the former) President to please not bring up the religious issue in this campaign."

13.  "(T)he big newspaper, owned or controlled by Wall Street, ... which with raving fury defends all the malefactors of great wealth."

15. "(He has a) hideous hermaphroditical character, which has neither the force and firmness of a man, nor the gentleness and sensibility of a woman."

18. "Oh, this your wife, huh? A lovely lady. Hey baby, you must’ve been something before electricity."

20. "(He is) a mean-spirited, low-lived fellow, the son of a half-breed Indian squaw who eats hoecakes, sired by a Virginia mulatto father."

(Answers below; no cheating until you have finished answering all the quotes first)

(Sorry....none of the above quotes are attributable to Donald Trump...although many could be)

Bonus video: 'The Elections of 1800' Attack Ads by Jefferson and Adams