We are always interested in what people say to justify what they want to do politically.

Sometimes what they say lines up with the cold hard steel facts of business, economics, accounting and basic money principles.

Most times, it does not. Sadly.

Let's take a cursory look at the issue of whether or not to expand Medicaid coverage in North Carolina under the ACA. It is a very complicated issue involved hundreds of billions of taxpayer dollars each and every year across the nation, both state and federal. Very few people, including many legislators, even know what the difference is between Medicare and Medicaid, truth be told.

Here's the basic deal offered by President Obama and the Democrats who controlled Congress in 2010 when they passed ACA:

'States that expand Medicaid can get the federal government to pay 100% of the costs of expansion for the first 3 years PLUS 90% of the expansion cost for the next 2 years!'

You can almost hear some carny barker like Billy Mays selling Oxy-Clean on television saying: 'But wait! There's more!' 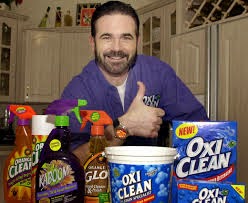 It sounds too good to be true, yes?

Let's see if it is too good to be true:

Medicaid expansion would probably add on 600,000 new enrollees on top of the roughly 1.8 million North Carolinians who are now on Medicaid. That would mean 2.4 million out of the over 9 million people in North Carolina would be on Medicaid.

Not everyone stays on Medicaid forever.  The average length of time on Medicaid is estimated to be about 9 months per enrollee. However, at any one time, the number of North Carolinians on Medicaid is about 1.8 million people for now.

The current budget for Medicaid in North Carolina is just under $14 billion this year. Accounting solely for inflation and current expectations of program growth, it is reasonable to see this number grow to $15 billion soon and possibly to $16 billion in a couple of years.

Out of the $14 billion now spent on Medicaid's 1.8 million enrollees today, roughly $4 billion is paid by state taxpayers through the state general fund as passed by the General Assembly bi-ennial budget; $10 billion is paid by the federal government. The official Medicaid split for North Carolina is 65% federal/35% state.

$14 billion divided by 1.8 million enrollees amounts to $7777/person spent each year in Medicaid. This number is vastly skewed by the fact that roughly 50% of the entire Medicaid budget is spent on nursing home care and not on every single Medicaid patient every year. But for argument's sake, let's use the $7777/person figure for purposes of illustration.

Let's assume North Carolina today accepts the ACA deal of 100% coverage for Medicaid expansion in years 1-3 and 90% for the next two years, what will that cost in absolute budget terms?

For 600,000 more enrollees at roughly $7777/head, that totals an additional $4.6 billion more spent on Medicaid in North Carolina per year or the first 3 years. Regardless of whether there is a 100% or a 90% match paid by the federal government. Probably this figure will be a lot higher.

'See there! North Carolina would get $4.6 billion more per year from the federal government scot-free to pay for these people who need health care! What could be wrong with that?'

Medicaid is not paid for by your payroll taxes even though it is an entitlement just like Medicare. It is funded entirely through general funds allocated by the government every year, not paid for by a dedicated payroll tax sources such as is the case with Medicare.

About 25% of the new expanded Medicaid spending will probably be paid by more debt borrowed abroad. So what? We have already hocked our kid's futures to the tune of $18 trillion and counting...why not add on about $1 billion federal debt more for 5 years so we can expand Medicaid coverage in North Carolina?

The second problem comes when the high 5-year Medicaid ACA matching payments ends, say in 2020 if expansion happens in 2015. What happens then? *

Well, what happens then is that the historic 65/35 federal/state match comes back into play where North Carolina no longer gets 100% or 90% of the Medicaid expansion paid by the federal government but has to start paying the 35% match again. Forever. Including the 600,000 expanded coverage universe of Medicaid enrollees.

'That doesn't sound like a lot' we can hear advocates of expansion say.

Well, again, 35% of an additional roughly $5 billion in added Medicaid costs amounts to an additional $1.75 BILLION per year that North Carolina taxpayers will have to pay forever, adjusting upwards for inflation annually.

That would be on top of the $4 billion NC taxpayers are currently playing for our state share of Medicaid expenses as it is. The total would be at least $5.75 billion in 2020 if North Carolina expanded Medicaid coverage this year and probably another billion or two more if Medicaid costs keep expanding as they have annually for the past 30 years.

Want to guess where this additional $1.75 billion per year will come from in 2020 and beyond? It almost certainly will not come from more taxes since the GOP is likely to retain control of the General Assembly for the next 5 years at least. Plus, people already feel overtaxed and over-burdened as it is.

If you think they are not over-taxed, try running for any office anywhere in NC on this Walter Mondalesque platform: 'I will never cut spending anywhere and I will raise taxes everywhere to pay for more state government spending across the state!'

You will have a better chance of running the gauntlet unscathed than you will getting elected that way.

Medicaid is the PAC-Man of state and federal budgets. It (and Medicare) have gobbled up increasingly larger shares of taxpayer dollars in Washington and across the states such that the other discretionary programs are much smaller as a percentage of the overall budgets than they were just 10 years ago.

You want to pay teachers more in salary? Or support higher education through the UNC system? You will not be able to do it if Medicaid chews up an additional $1.75 billion of state tax dollars in 2020.

The entire state budget today, sans the federal matching programs, is only about $21 billion. $1.75 billion would be an additional 8% of the state budget by 2020 and it could be more.

The North Carolina Medicaid program has had a long history of not being managed very well and having to go back to the General Assembly at the end of legislative sessions to ask for an additional $300 million to $500 million to pay the bills in the last 5-6 years. The first priority of business is to figure out how to oversee and manage the existing Medicaid program so that costs can be controlled while offering the best care possible to our state's Medicaid recipients.

We have explained before why we think Medicaid MCOs (Managed Care Organizations) are a good idea whose time has come for North Carolina. For one thing, they typically produce better health outcomes for the very people who need better outcomes the most, the poor and indigent, simply because they are assigned health care caseworkers who monitor and counsel their every health care decision and move.

For another thing, MCOs can possibly finally get North Carolina's state Medicaid budget costs under control with or without expansion. If Medicaid expansion ever does happen, the costs to the taxpayer and the other programs in the state budget will be mitigated significantly.

The main point here is to point out that the old adage of 'There is no such thing as a free lunch!' is very much true. Especially in the ACA Medicaid expansion issue.

On the House Budget Committee, when tough decisions needed to be made, someone would invariably say: 'This is why we have to be the adults in the room'.

Adult decision-making that takes into account both the short- and the long-range implications of expanding Medicaid is important at this time.

Just have all the math and the arithmetic at your side.

* Medicaid Expansion is complicated as heck as you can well imagine. Some advocates will say this is a good deal because the ACA, 'as written' does not call for a sunset of the 90% federal match specifically. It can be read as saying the 90% match can 'extend for as long as it is sustainable or until Congress says it can't be that high any more'

Which stands to reason since no prior Congress can bind the arms of any future Congress.

Here's some important information you can read that explains how the states will have to adjust to the realities of the federal budget pressures going forward, regardless of whether or not Congress explicitly repeals the 90% match going forward after the 5-year period.

No budget guy we have talked with in DC is willing to bet the farm that after the 5-year expansion in any state, the Medicaid federal match will stay that high and not revert back to the historic norms for each state.

Chuck Blahous is one of 3 Medicare/SS Board Trustees and has worked on entitlement issues in the US Senate under Senator Alan Simpson and in the Bush White House for 8 years.

He has written a pretty detailed explanation of what states face when considering Medicaid Expansion....here's the summary version: http://www.economics21.org/commentary/expanding-medicaid-conflicting-incentives-facing-states

full version here is you really want to dive in deep here: http://mercatus.org/sites/default/files/Blahous_MedicaidExpansion_v1.pdf

After you read those two reports, you might want to read this in detail and depth....it is a 10-year forecast from CBO about everything in the federal budget.

Deficits are expected to go back up to $1 trillion around 2020, if not sooner.

It is very highly unlikely Congress is going to allow Medicaid expansion stay at 90% under continued upwards budget pressure. There are too many inherent contradictions such as where a pregnant woman at 60% of the federal poverty line gets a lower reimbursement rate from the feds than a childless adult with double the income,

It is the 'Law of Unintended Consequences' again. Such contradictions will lead to more review of the ACA going forward, not less.