Durham, North Carolina in the summer of 1968 was a hotbed of racial disturbance and unrest.

Durham experienced riots and curfews as a result of that turmoil. You think race relations are not great in 2014; then you weren't alive in 1968 or before.

No court orders. Just did it. Made the decision and made it happen.

It could have been a real mess at Jordan High School and Githens Junior High School that fall.

It wasn't.  It wasn't because of guys like Ronnie Dowdy.

Ronnie was a great athlete in high school and college. But he was a lot more than that.

Ronnie Dowdy came to Githens as a 6'2", 200 lbs+...7th grader. He had just moved to Durham from Whiteville, North Carolina so no one knew much about him before he came to Githens for the first summer practice. He was the same age as the rest of us. He was just a foot taller and 100 pounds heavier.

He could run a 4.6 40 and keep up with the best running backs we ever had. He was chiseled in a natural sort of way; lifting weights and working out just accentuated the natural gifts he already had.

Remember the scene from 'Remember The Titans' where the white bus unloads their white players and the black bus unloads their black players? That is what it looked like when we went to that first summer football practice in 1968.

To a 5'1 (maybe) and 110-pound (maybe) quarterback, all of these players looked like the New York Giants getting off of both buses. Any plans my father may have had about sending me off to prep school and away from the possible turmoil ahead were put to rest that morning.

'Dad', I said upon returning home, 'I want to play quarterback in junior high and high school. I just saw about 8 huge guys coming to Githens who are so big, no one on the other team will even see me lining up behind them!'

One other thing everyone remembers from that day was this slightly shy, handsome, tall, big and trim young man with a bright smile when he wanted to flash it, Ronnie Dowdy.

Everyone remembers the first time they met Ronnie.

Jordan HS and Githens Junior HS could have been like so many other high schools and junior highs around the South at the time where full integration was just starting to occur in the South. We heard about lots of fights and disturbances at other schools, and we had a few at the beginning as well.

Over that 6-year period, from 1968-1974, the black and white students at Jordan and Githens somehow 'made it work' as Sheryl Yoast recounts in the closing scene in 'Remember the Titans'. A lot of it had to do with the administration, the teachers, the coaches and the support staff.

But a lot of it had to do with guys like Ronnie.

Ronnie was a tremendous athlete.

If you think Ole Miss and Mississippi State's rise to the top of the college football world is astounding, consider this: In our junior and senior years, Ronnie led Jordan HS to rankings as high as 4th in the entire state of North Carolina in 3-A football.

Just to put that into perspective, that would be like Duke, Carolina, NC State and Wake Forest all being in the top 5 in the NCAA college football poll at the same time all rolled into one. Jordan never was, or for the most part of their history since then, been a football factory.

Ronnie received letters from over 200 colleges and universities expressing interest in him coming to their campus to help them win tons of football games and possibly the national championship.

Lou Holtz wanted him to come to NC State in 1974 when he was building a powerful program for the Wolfpack.  Ara Parseghian invited him to snowy Notre Dame in South Bend, Indiana to watch Adrian Dantley and the Irish snap UCLA's 88-game winning streak after offering him a full scholarship to join the Fighting Irish. Notre Dame. The Fighting Irish. Every kid's dream.

Coach Paterno of Penn State came to Durham to visit him. Ohio State and Woody Hayes wanted Ronnie. So did Southern Cal and John McKay. Every ACC and SEC team came to call on Ronnie Dowdy during the fall of 1973 and winter and spring of 1974 to ask him, and in some cases, 'beg' him to come play for their team.

He was the 'real deal' as a football player and athlete.

He wanted to go to Duke University (sorry Duke fans) but he wound up going to the University of North Carolina at Chapel Hill where he played for the Tar Heels for 4 years. He got his degree and worked in the trucking industry before he passed away in 2004, way too young and still way too hard to believe.

I had the honor and privilege to speak at his induction into the Jordan High Hall of Fame last weekend. His athletic achievements were obvious and reason enough to have him in the first class of inductees.

There was something a bit 'odd' about his induction ceremony, however. As great as Ronnie was as an athlete, it was amazing to see how many people grew up seeing Ronnie Dowdy not as being solely a great football player at Jordan but as being a real positive force for race relations in Durham, North Carolina from 1968-1974.

And the 'really weird thing' about that was that no one I have talked to ever thought Ronnie set out to be a symbol or an advocate for better race relations in Durham, North Carolina from 1968-1974. 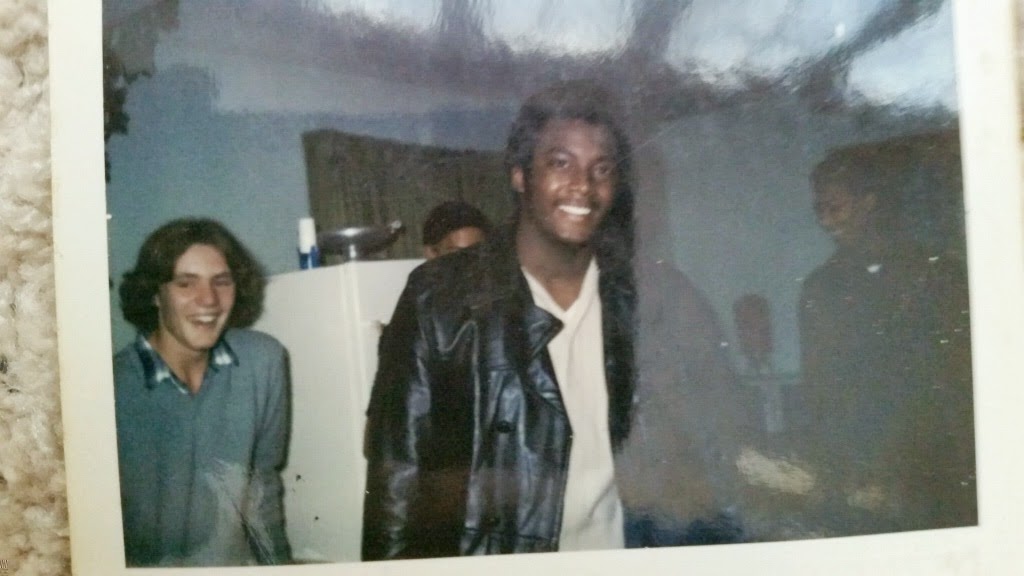 He was 'just Ronnie'. People young and old recognized him for the natural leader he was and everyone seemed to fall in line behind him.

He went to church; he studied hard, he played hard on the field or court...and he was never a jerk about his talent. He was so good and so talented that he could have lorded it over the rest of us. Or he could have been really nasty and confronted people in the hallway or on the football field to make a statement or push some agenda.

Ronnie did not grow up in perfect circumstances. He didn't grow up in a stylized Cosby Family Made for TV home. He had some gifts but he worked hard to develop them and took advantage of opportunities such as the scholarship to Carolina.

Ronnie was admired for his integrity, his work ethic, his pleasant and calming demeanor and the fact that he was a natural-born leader whether he wanted to be one or not. All quintessential American qualities we should all honor and hope to replicate.

Ronnie Dowdy reminds us that there really is 'no black America or white America but the United States of America' as some recently elected President said in 2004.

We are 'all Americans'...but it really helps if we all can see and be around guys such as Ronnie Dowdy. All of us: black and white and Latino and Asian. We all do better when we have positive people working together rather than have some wing-nut on either end of the political spectrum trying to tear us apart.

Wish Ronnie was still around to help show us all how.