'Make No Mistake About It: My Policies Are On The Ballot This Fall'- President Obama

The problem for the President and the Democrats this fall is that he is so unpopular now with the American people because of his policies that he threatens to bring them down this fall and allow the Republicans to regain control of the US Senate and possibly expand their majorities in Congress.

President Obama's policies both domestic and foreign have now been on full display for over 5 years and the American people are telling him they don't like what he has been doing in either arena.

They are saying back to him: 'Make No Mistake About It: We Don't Like Your Policies And We Are Going To Do Something About It!'

Republicans used to say that Bill Clinton did something no other person could have done for them in 1994: He brought them all together to defeat his policies, which included HillaryCare in 1993.

That was the first time in 40 years that the GOP had controlled the US Congress. Not since President Harry Truman brought all the rebellious Republicans together after World War II.

That is as long as Moses led the Hebrews on their long, lost march about the desert looking for the Promised Land, isn't it?

One of the main reasons why people are 'not happy' with President Obama is that his policies have failed to allow a boom in employment among people who want to and are able to work.

More unemployed people stopped looking for work in every single month since President Obama was sworn in than the number of unemployed who have actually found a job! (see below from the BLS and as reported in FiveThirtyEight.

That is simply an astounding fact. You can't make that sort of thing up, now can you?

At this rate, we may one day have the 'official' unemployment rate hit zero....and have 60% of the American people officially say they have 'quit looking for work' and are now 'out of the job market'.

Are we supposed to be happy then?

Elise Hilton points out 5 reasons why people can't find work in her article in the Acton Institute Powerblog (worth the read):
And all of this is leading up to a scenario where President Obama's unpopularity is probably leading to the loss of the Senate by the Democrats and a return to control by the Republicans who will replace Majority Leader Harry Reid just as soon as they can gavel in the next session of Congress in January, 2015 (WashPost article by Chris Cillizza): 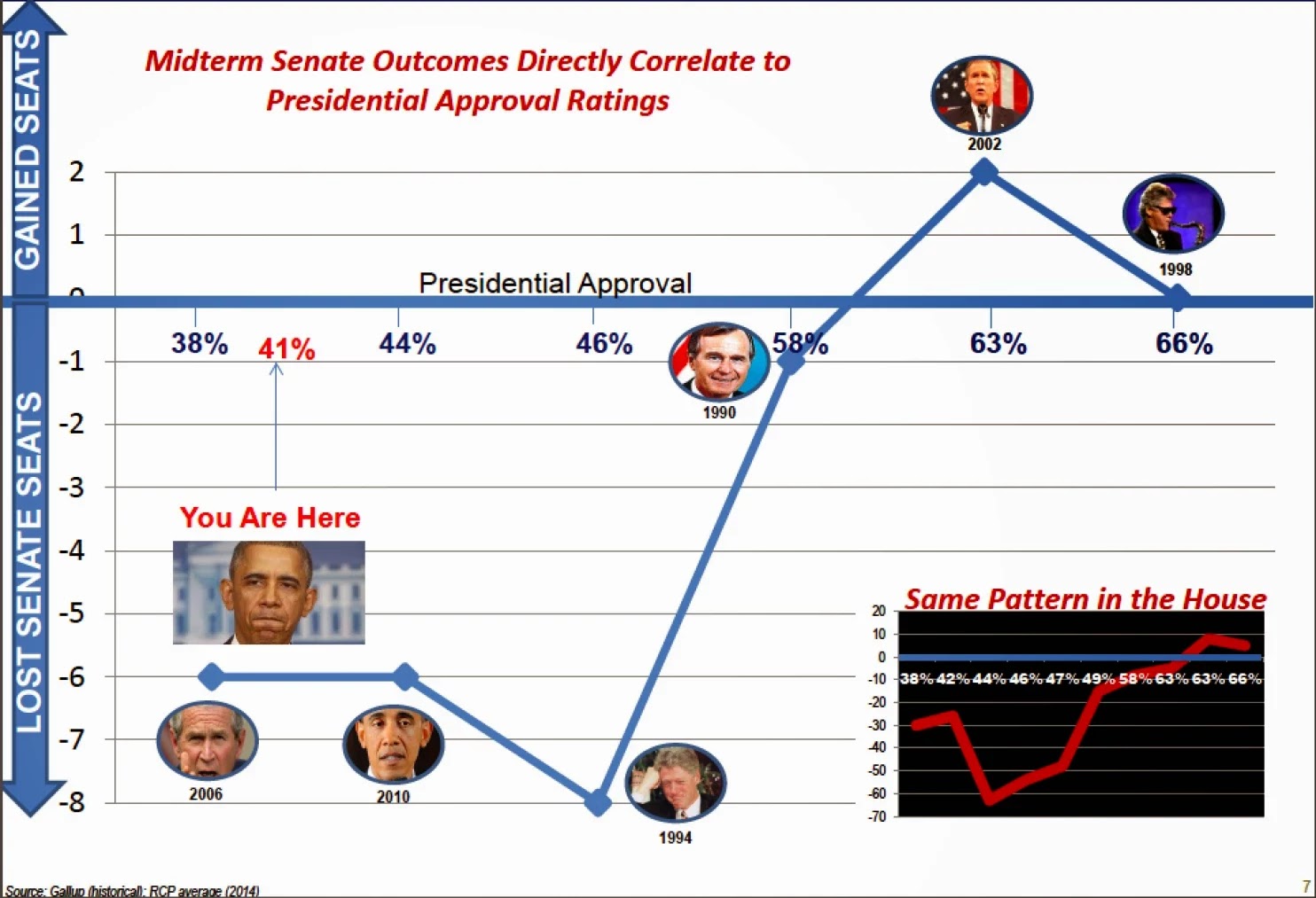 So there you have it in one fell swoop: the connection between a President's policies that are on the ballot; the lack of job creation and a sluggish job market and a political party's prospects at the election polls.

It is not rocket science. But when you are on the downside of the rocket engines thrusting the other way, it sure feels like some sort of rocket engine burning you apart.

It is not fun. Unless you are on the winning side.