How Exactly Does A Rich Person Making All That Money Affect You On A Daily Basis, Again? 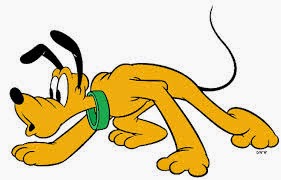 We have been struck by the number of people we have run into lately who have espoused the following sentiment:

One guy called them all 'Plutocrats'.

We know what he meant. He meant it as a pejorative term slamming all the rich people 'who have all the money', 'all the luck' and 'all the (fill in the blank)'.

Without being completely disrespectful of his sincere opinion, we couldn't help but wonder if he meant someone from Planet Pluto or perhaps even 'Pluto', the lovable dog from Disney World.

The label 'Plutocrats' just doesn't fit anymore. Not in such a wealth-democratized civilization as the United States of America, that is.

We believe all of this 'class warfare' is pretty over-blown, merely for political purposes. It used to be a real tangible problem at the turn of the 20th Century when the Robber Barons ruled the roost in America and the labor laws were virtually non-existent or non-enforceable for the most part.

Let's take just two of the most wealthy individuals the world has ever known, Bill Gates and Warren Buffett and see just how, if any way possible, they could be 'ripping us off' in any way, shape or form on a daily basis:

Bill Gates made his fortune writing software for personal computers. He started out with nothing and struggled for years before hitting the mother lode and founding Microsoft.

We are pretty sure he and his intrepid band of software pioneers must have been close to bankruptcy many times in the early stages of working together. Nobody would have ever noticed had they crashed and burned like the founders of Atari or Commodore or any of the other early tech companies.

It still had years and years to go before it became 'MICROSOFT' and he was off to making billions of dollars.

Did he personally 'rob' you to make you buy his software? Did he hold a gun to your head and threaten you within an inch of your life if you don't buy his software? Is there any direct way he has ever influenced you or any of your personal decision-making over the past 34 years?

Think about it. The only way Bill Gates has ever directly affected your life is probably in this device you are using right now to read this blog about him. He invented a new way of delivering information in digital form and you bought it either directly or embedded in any PC, laptop or handheld device you have purchased or your company purchased for you to use at work.

Those were 'free transactions'. Meaning 'freely committed and mutually agreed-to deals where you received a service, his software, and he received your money'.

The fact that he has amassed a fortune of over $80 billion is immaterial to you and me on a daily basis except for this unassailable fact:

Microsoft has helped unleash more creativity and democracy in the workplace than at any time in previously recorded mankind history.

Think about that the next time you send an email from the beach to a colleague in Timbuktu.

How about Warren Buffett? What has he done to 'steal' from the likes of you and me to amass his fortune, valued at almost $63 billion?

He has been a shrewd investor along the lines of Benjamin Graham, the legendary value investor.

Some could assert that he has really not made any single product or service himself that has benefitted mankind save one important thing: He has created wealth for hundreds of thousands, if not millions of workers in his portfolio companies and shareholders around the globe.

Warren Buffett is a 'wealth creator'.

Not solely for himself but for millions of other people fortunate enough to work for one of the companies in which he owns a majority share. Or for the people and investment managers who were foresighted enough to buy 1 of his Berkshire Hathaway shares in 1990 for $7700 which is now worth north of $190,000. Per share.

Millions of people have an indirect share of that wealth generation through their 401k plans and IRAs simply because they own a mutual fund that has Berkshire Hathaway as one of the holdings.

Is that a 'good thing' or a 'bad thing'? We think that is a good thing by a country mile.

And Wall Street! The fact that most of the men and women who were at the upper echelons of high finance pre-2008 when the meltdown occurred are not behind bars after being forced into bankruptcy for their role in the over-speculation and irresponsible leveraging of assets is simply beyond the boundaries of fair play and justice in America.

If you are a 'true capitalist pig', you should want to emulate true golfers who play by the rules of the game and don't try to make things up to their advantage as things play out. You make bad investments that go sour, you lose: you lose your net worth, you lose your assets, you lose your job and prestige.

If you win, you get to keep it all.

Stop privatizing the upside solely because of your 'genius' as you say and socializing the downside on the rest of us for your imbecilic behavior when things go wrong.

American free enterprise and capitalism will be far better off and healthier if we adopt that as the Golden Rule of financial activity in America going forward.

For the most part, however, American 'rich' people have done nothing but help make out lives much more enjoyable, easy and prosperous. Simply because of the way our system is set up to share such bounties through employment in the private sector and the American stock market which somehow seems to keep chugging along despite it all.

Think about that the next time you hear anyone rail about the Big, Bad Boogeymen of the Wealthy in America as if they are some sort of Michael Myers or Jason waiting to slit your throat and take all your possessions.

You might become a wealthy person one day too, you know. You can give away all your wealth if you want to. or you can re-invest it and keep producing new jobs and opportunities for the rest of us in a never-ending cycle of win-win-win for all of us.