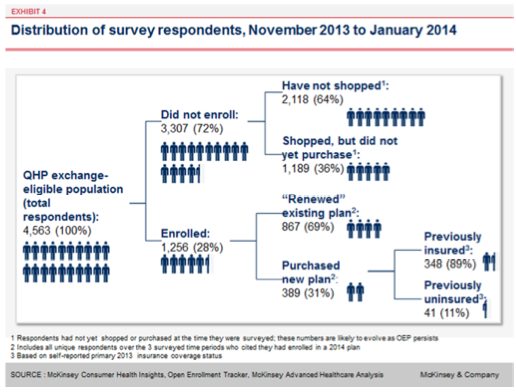 One thing that is pretty much confirmed over years and years of experience, empirical evidence and personal observation is this: 'If it appears to be too good to be true, it probably isn't true'. Right?

The promises of universal coverage; no tax hikes; lowering health care costs and 'letting you keep your insurance if you like it' seemed to be just too good to be true.

And now, they are being proven to be so.

We will give the Obama Administration kudos for one thing, though. They have perhaps the best spin-doctors, spin-meisters and public relations spinners the White House has ever seen.

And that is saying a lot.

Take Obamacare for example. It was billed as a 'be-all/end-all' to the 'crushing' crisis of the uninsured in America, 50 million people perhaps at some time during any previous year.

Obamacare was going to soak up all of these 50 million uninsured people and put them into federal or state exchanges where they could buy 'Affordable Care' which represents the first 2 letters of the ACA, yes?

Care to guess how many of these 50 million uninsured people have signed up for Obamacare through January, 2014?

The McKinsey Report cited above in the graphic and referenced in this Washington Post article surveyed people signing up for Obamacare and found that only 11% of those who did sign up were previously without coverage. We are giving the Obama White House Press Machine the benefit of the doubt and accepting their claim that 4 million people have signed up for Obamacare.

That means that 89% of those signees previously had health insurance under some other plan! Many are now receiving subsidies from you, the federal taxpayer and foreign sovereigns such as the Chinese who buy our debt so we can offer these generous subsidies without us having to pay the full freight today.

We have no idea how many of them actually paid the first month's premium or any thereafter. Could be 100% of them but more likely perhaps only 75% of them have actually followed through with the actual payment of the plan which would further diminish the numbers of actual paid enrollees into the ACA.

What happened to all those other 49,560,000 people who previously did not have any health care insurance coverage prior to March 2010 when the ACA was passed?

Tens of millions of them are younger 'invincibles' who just don't want to pay for their own insurance no matter what the subsidy is or the penalty was. They are healthy vigorous young people who simply don't see the need for carrying health care insurance. Their reluctance to sign up for the ACA by the droves just proves their rebellious nature and lack of concern for getting health care insurance.

Millions have enrolled in the Medicaid programs of the various states, either through expansion of Medicaid coverage by the state or through the 'woodworking' effect where people 'come out of the woodwork' once they hear about expanded coverage or a friend or company tells them about Medicaid coverage.

However, these people were not the intended targets of the passage of the ACA since it was presumed they would not be able to afford to pay for any part of their health care coverage in the first place.

The Obama Administration just announced very quietly last week that he was going to postpone the individual mandate for people whose coverage was cancelled by the ACA until, well...forever.

We surmise that the Obama spin-meisters in their polling departments figured out that the vast majority of the millions of people whose individual plans were canceled by his ACA after he 'promised' they could keep their plans if they want to' about 1000 times were also the same people who vote in almost every election.

Including this fall's congressional elections.  It appears that any incumbent Representative to the House or US Senate who voted for the ACA will have the word 'Obamacare' tattooed across their forehead in a million TV ads...and they will lose to the challenger who didn't support or vote for the ACA.

Let's recap the action for those of you scoring at home:

All of this begs the following question:

'Why did we pass Obamacare in the first place again?'

The other question it brings to mind is the ability of this Administration or any government to accurately and adequately predict the individual actions and decisions of millions of folks, especially when it comes to something as personal as their health care.

Things are not looking so good for the Big Government side of the equation lately.