Common Sense Lessons From History For The New Majority In America 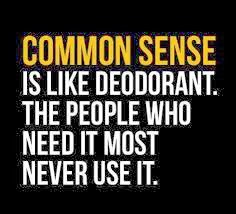 As we have said before, we enjoy reading lots of history. Especially when it comes to the writings and musings of the people who framed our Constitution and, hence, our way of life in many ways under our constitutional democratic republican meritocracy.

One of the things we find is that there is really nothing new under the sun. In fact, the Founders left us with a plethora of underlying principles to follow that for the most part have worked for these past 234 years.

The only problem is that we have forgotten many of the good ideas that would have prevented us from getting into this current mess.

The great thing about 'ideas' and 'principles' is that they can be passed along and promoted solely by the power of the pen. Not the sword; not by coercion. These ideas and principles can be freely presented and freely accepted by citizens and when a majority of these citizens demand it, they happen.

Thomas Jefferson once said the power of the printed word through the press was the 'engine' of democratic government. Now that we have the internet, Facebook, Twitter, text and all sorts of other social media avenues to distribute and disseminate information, we can mostly bypass the traditional mainstream media which honestly does not do a good job at all of presenting all sides of the issues in a fair and honest way anyway.

Here are some very simple 'lost' principles from the Founding Days of the American Republic that, if recovered by either the current Democrat or Republican Party, can make a huge difference in how we govern ourselves into the future.

If neither party wants to adopt these basic principles as parts of their operating platform, then it will open the door to the burgeoning group of sentient registered Independents and Unaffiliated voters across the nation to band together and start supporting candidates who will not run as either Republican or Democrat but as mature adults.

Both major political parties today so closely resemble the antics of feuding kids in kindergarten that it is hard to take either of them very seriously any longer.  The history of American politics is that when the extremes on either end gain too much power, new factions break away such as the Whigs from 1830-1850 and then force the traditional parties to take stock of their situation and reform back to some center of sanity once again later.


If either of the two major parties would adopt even 1 of these very simple concepts but preferably all three, they would help restore fiscal sanity to our federal government.

They would, in addition, be far more attractive to the tens of millions of people who are now fleeing for the exit gates and registering as Independents in droves, North Carolina being one of the most prominent and obvious exoduses in the nation.

And if neither party adopts them, the Independents and Unaffiliateds have the opportunity to form a new party around the nucleus of fiscal responsibility and maturity which is what most of them want first and foremost anyway.

'A little rebellion every now and then is not a bad thing' said Thomas Jefferson.