One of the more interesting things about working on Capitol Hill was learning what big words mean when luminaries such as Alan Greenspan, Paul Volcker and just about every other famous economist or technical expert came to testify in Congress.

'Disintermediation' was one of those words. We heard a lot of it on the House Banking Committee when the S&L industry melted away between 1985 and 1990. We also heard a lot of it during the financial meltdown of 2008 when commentators on CNBC repeatedly talked about the threat of 'disintermediation' on financial giants such as Wachovia (which passed away) and Bank of America (which somehow survived, albeit with massive taxpayer-supported federal help).

It started out meaning the bypassing of 'intermediaries' such as brokers or agents and 'cutting out the middleman' entirely. However, when it came to the financial industry in the late '80's and beyond, 'disintermediation' came to mean 'consumers taking a rational, cold hard look at the financial institutions in which they have entrusted their money...and withdrew it to find better, safer havens for their life savings'.

You want to chill the hearts, brains and bones of any banker? Start a 'disintermediation' campaign on Twitter and urge all your friends and their friends and their friends to take their money out of X Bank and move it all to Y Bank. Nothing gets the attention of a banker like red lights popping up all over his computer as indications of 'closed accounts' due to people moving their money elsewhere.

That is the power of the free enterprise system. Treat your clients or customers like crap and you'll see them leave you. In droves. And your business suffers and eventually dies because you need your clients/customers' cash flow to grow and survive.

The recent debacle of Obamacare causing the major health insurance companies to cancel (and then reinstate in some states) their policies to millions of hard-working, innocent people brought to mind the whole concept of 'disintermediation' in the health care insurance world in specific and in Obamacare in general.

Here's the question we all have to answer for ourselves each in our own individual way:


'Why in the world am I being held captive by President Obama and the health insurance companies in the first place?'

This is America still, isn't it? Aren't we all supposed to be free to make our own choices about what we buy; whom we will marry and how we will worship and live our lives?

If not, we have really made a drastically dangerous U-turn at Albuquerque, as Bugs Bunny would say:

Why can't we do that in health care insurance?

There are over 250 million automobiles owned by Americans and every single person who buys a car buys their own car insurance without any help from the government or their employer or anyone else. They have to have insurance to drive their car, (although you know there must be millions of uninsured drivers driving around just like there are undocumented people voting in elections....or is the driving registration system in all 50 states 'perfect' as well?)

Close to 200 million Americans live in owner-occupied homes. Every one of them have home insurance to pay for the rebuilding of the home in the case of fire or other catastrophes. None of them have the government paying for their home insurance nor do their employers pay for it either. The lender requires the insurance before authorizing the loan for the purchase of the home. The homeowner shops around and buys the type of coverage he or she is most comfortable with for their particular station in life.

What would 'disintermediation' look like in the health insurance field anyway?

For the most part, very large private health insurance companies and non-profit Big Blues (BCBS) 'own' the health insurance markets in each and every state since each state is governed by a single insurance commissioner. It is darned near a monopoly in some states; a tightly-knit oligopoly in the rest.

Since the rollout of Obamacare has become such a debacle, perhaps it is time to shift the governance of insurance from 50 states to a single Department of Insurance in Washington.

We know, we know...we are the last ones to be advocating more power going to Washington. God forbid we send 'more' power in governance to Washington after these last 5 years, yes?

You want competition? There it is right there on a silver platter.

Secondly, in order to have a true 'free market', there have to be viable alternatives to what exists today in order to change it. There is hardly one at all under Obamacare or under the current sclerotic system.

We recently were told about alternatives that have been in effect for years now which, in essence, set up cooperative self-insurance pools as opposed to traditional fee-for-service health insurance offered through your employer or on your own in the individual market.

One, Samaritan Ministries seeks to pool people of faith together into a large enough pool so that they essentially pay for the high-end health costs of other people in their group. No insurance, no underwriting by the big insurance companies. Just a statement of faith plus a promise to live a healthy lifestyle meaning no smoking, over-drinking or drug abuse and a dedication to keeping your weight down through sensible eating and exercise.

Pretty much exactly what we have long said was the solution to 'high health insurance costs' in the first place: take care of yourselves and health care costs will absolutely plummet.

Now, this is not for everyone. The cap is $250,000 which is the top limit of health-related bills this group plan will cover. The website says it is a clear alternative to being forced into Obamacare against your will without having to pay the tax penalty each year but you should take some care to have your accountant or lawyer check this out before jumping in. 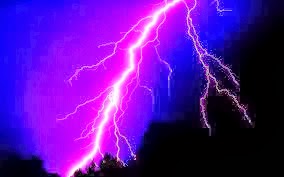 The chances are very heavily in your favor that you will not have a $1 million health event if you don't smoke, don't over-drink, lose weight and exercise every day by walking for 30 minutes or taking the stairs to work.

In our case, we figure it would cost us over $25,000 out-of-pocket in any year with a significant health event before BCBSNC would pay the majority of our health care claims if we took the policy they suggested we take when they canceled our previous plan (that they said they will now reinstate but we haven't seen any documentation of that yet)

Oh, we forgot to mention that the Samaritan's Ministries has never cost more than $370/month for any family of any size. Ever. $4400 per year for a family of 4 or more. Much less for a single person. Probably below what you would pay under Obamacare even with the generous subsidies.

They currently have 25,000 households (approximately 100,000 people) in their collective pool. If they get up to 1 million participants, their coverage should expand due to more financial strength and support.

Did you hear the sound of that stampeding in the background? That is the sound of everyone rushing to the Samaritan's Ministries website to sign up for their plan before the Obama Administration can come up with Obamacare Version 2.0 and the health insurance plans can figure out a way to make you pay higher premiums for your health care.

50,000 people in North Carolina opting for the Samaritan's Ministries approach would cost either the private health insurance market or Obamacare or both $600 million in annual premiums foregone.

Once Obamacare architects and health insurance actuaries start figuring out just how much money this disintermediation is going to set back their programs, maybe then elected officials will get serious about reforming health care of its internal cost-drivers that are making health care unaffordable in the first place.

Only then will we get the true 'reform' we have so desperately needed in the American health insurance market for the past 30 years.

Money talks. In any business or government program.