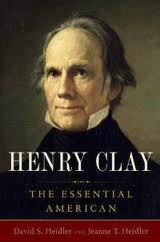 We have a serious problem in America today.

Many Americans on both ends of the political spectrum think 'compromise' is a 4-letter word.  It is clearly not. There are 10 letters in it last time we counted.

Beyond that mere formality, the whole concept of 'compromising' is met with disdain and scorn by activists at both extreme ends of the political spectrum.

The rest of the nation? They think our elected leaders in Washington are flat-out 'crazy' for not cutting deals and fixing what ails us as a nation. 32% of them in North Carolina alone are now officially registering as 'Not Democratic' and 'Not Republican' as they sign up as Unaffiliated/Independent voters and that number is rising by 8% per year.  What does that tell ya?

President Obama gives scant lip-service to 'balancing the budget', in our humble opinion, and never advocates passionately for anything conceivably possible that could actually get us there. 'Sticking it to the rich' as he achieved in the fiscal cliff deal might raise $600 billion over the next 10 years, assuming every rich person is dumb enough to not hire the best tax lawyers and accountants to shelter their income from these new higher taxes.

That might be about $60 billion/year max. Maybe. Congratulations, President Obama! You may think you have solved a big part of the problem but you have only covered about 6% of the projected deficits per year for the next 4-5 years at least. You are going to have to find 94% more somewhere to ever take a whiff of a balanced budget before your forced retirement in 2017.

He said he was 'going to cut the deficit in half by the end of his first term!' during his surprising run out of seemingly nowhere in 2008 right smack dab into the White House. Guess what? He failed.

Let's see what he has actually been willing to do to forge a comprehensive 'compromise' with the Republicans. Keep in mind that for most of American history, a 'true' compromise has meant that you would be willing to give up some or a lot on your side in order to get something bigger or greater for the common good for the nation as a whole.

The best compromise? 'No one is 100% happy with everything in the deal and everyone goes away grumbling about some part of the agreement..but they got a deal done that is best for the entire nation'.

We haven't had one of those on a budget deal on large bi-partisan basis since the Budget Act of 1997. Think about and see if you can come up with a better one.

President Obama 'agreed' to raise taxes 'only' on the top 2% of Americans. Whoop-de-do. What a brave, courageous thing to do! That is almost as 'brave' as Hollywood actors congratulating Julianne Moore at the Golden Globes for portraying Sarah Palin in the movie 'Game Change' recently when the left mercilessly beat up on her in 2008.

Left-wing uber-liberal activists love it:  'More taxes on the greedy rich!'. 'No cuts in spending on any federal program!. At. All!'.

The $1 trillion in spending cuts that he trumpets that he has implemented or proposed are extremely back-end loaded in years 2018-2022, long after he leaves office in 2016. They also include a highly dubious massive reduction in 'contingent emergency funds' that strike us as being ephemeral at best. Along the lines of reducing future 'authorization' levels, not actual appropriation levels simply because you can't appropriate funds more than 2 years in the future in each Congress.

'Fairy powder and pixie dust' you can call those 'savings' put forth by President Obama.

No concessions on entitlement spending. No increases in retirement ages for SS and Medicare which would basically 'break the back' of upward spending trends almost all by itself. No serious spending cuts to speak of at all.

So. Has President Obama 'compromised' in any meaningful way on the budget. 'No', says the computer.

Let's look at the Republicans. What sort of things have they 'compromised' on in the budget?

In the most recently-concluded 'fiscal cliff avoidance' deal, the Republicans who voted for it with the vast number of Democrats to get it over the top basically agreed to allow taxes to go up on the top 2% of all taxpayers in return for what? Higher retirement ages for SS and Medicare? Radical cuts in entitlement programs, the largest components of the US federal budget today and where all the growth is in the first place?

Nope.  They did get the 'permanent' extension of the vast majority of the Bush tax cuts that President Obama and the Democrats have railed against for the past 10 years as being 'so terrible!' for the US economy and which 'caused all the problems on Wall Street!' and 'acne and eczema on all our children!' and other such nonsense.

So to recap: Obama got the higher taxes he wanted on the 'greedy top 2% of the rich folks whom he said weren't paying their 'fair share' before somehow. Republicans got permanent extensions of most of the Bush tax cuts they wanted. Obama got more spending.

The American people got far more debt, deficits and spending for the future. Not less.

What sort of 'Grand Compromise' is it when both sides basically get to do the following?
How 'brave' is it when Congress and the President get to play Santa Claus and hand out tax cut goodies like they are chocolate candy and cream puff pies?

We think you and every elected person in Washington needs to read this book: 'Henry Clay: The Essential American' by Daniel and Jeanne Heidler of Texas A&M University.

The subtitle of the book is the mind-bending phrase: 'The Uncompromising Compromiser'.

What the heck does that mean?

Our elected leaders from President Obama on down would do well to draw from the lessons of Henry Clay in this book as well as the great film 'Lincoln'. (you really should go see it)

What they will learn is that there is a huge difference between having higher lofty over-arching goals for the nation as a whole (what we are, what we want to be, how we want to live) and having smaller political targets you want to achieve in any particular session of Congress.

Having a safe country in which to live in without rampant inflation, massive unemployment and unrest and revolution in the streets is a 'lofty over-arching goal'. Not cutting entitlements and not raising taxes are short-term political objectives in each session of Congress to help incumbents 'win the next election'.

Not to equate Bill Clinton with any of those two giants in American history, legend and lore, but he 'got that' as well when he signed the 1997 Budget Act with the dastardly GOP leadership, Newt Gingrich, Dick Armey and Tom Delay whom we know he did not like very much at all...and they didn't like him either.

The over-arching goals that Henry Clay was always working towards were these:

He achieved all three goals during his lifetime. He died trying to avoid the Civil War which came 9 years after his death.

Was he a spineless 'compromiser' who violated his basic beliefs and principles in his numerous deals he cut in the US Senate? Or was he a 'principled statesman' who did whatever it was necessary to keep the United States of America free, safe and whole during his long years of selfless service to the nation?

Henry Clay 'won' on all the big points he wanted to achieve.  How can he possibly be known as a 'spineless loser'? 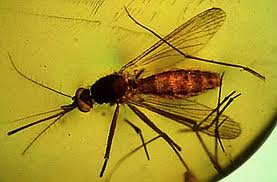 We are facing a time of enormous consequence in our nation's history. We are going to have to either take the many positive steps necessary to get our fiscal house in order towards balance and much lower federal debt to get our economy rolling again or else suffer the consequences.

If we are not going to take the necessary steps today, we are going to be trapped in this amber of slow growth and high unemployment like those mosquitoes you see in fossilized tree resin from hundreds of millions of years ago.

Maybe we'll see a dose or two of 12% inflation like we experienced in 1979-80 under President Carter not so long ago as well. Won't that be fun?

It won't matter a whole heckuva lot to future archaeologists or paleontologists if President Obama protected American entitlements to the hilt in 2012 because the AARP told him to do. It won't matter to them that the GOP fell on their swords for Grover Norquist all the time either. They might just see the remnants of a nation that used to be responsible, had its act together and almost always 'did the right thing'.

The tax issue got settled 3 weeks ago. The GOP should 'declare victory in Vietnam' on that score since they did get the permanent tax extensions.  They should move on to forcing Senate Democrats to the table on spending cuts and leave President Obama completely out of it from now on.

This is a fight that Henry Clay would have welcomed as would have Abraham Lincoln. Great Leaders want to do the best they can for the nation as a whole, not just for their individual political careers which diminish over time if they never do anything brave or worth writing home about.

It is time for our elected Representatives and Senators to do something to write home about. So far, for the past 12 years on spending restraint, it has been a big, fat zero goose-egg.
Posted by Frank Hill at 1:28 PM