'Thank You, Young American Taxpayers Who Voted For Obama! 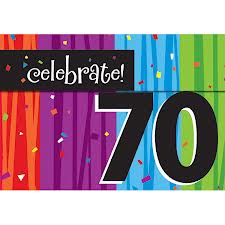 We got an email from a friend of ours who said he had an epiphany post-election recently.

He says it suddenly occurred to him that every young person who voted for President Obama for a second term saved him a lot of money and will prevent him from having to sacrifice very much personally for the good of the nation as a whole.

'How is that?' you might quizzically ask as you scratch your head. 'President Obama has promised to make older rich people 'pay their fair share!'

Well, he got his wish in the fiscal cliff drama just concluded.  The rich are now officially 'paying their fair share!' (whatever that means). He stood in the doorway defending every single line-item of spending at the federal level and, get this, asked for more spending, not less.

Every older person above the age of 50 should be part of the Grateful Nation now, right?

Here's the core message of the email our friend sent to us, slightly (mostly) embellished by us to make the following point:


'The young people of this nation who voted President Obama in for a second term have just hurt their own selves when it comes to setting up a better, more economically healthy future for themselves and families they hope to have one day.

We'll show you what we mean with our friend's transcript of conversations he has had recently with young Obama supporters:


'You vote for Obama?' he asks any young person willing to engage a little civil discourse about the most recent election.

'Well, I worked for Romney and was depressed he lost. However, after thinking about it a little more in-depth, I just want to thank you'.

'I just want to thank you for your sacrifice and generosity.  It has really touched my heart.

“What do you mean?” the young person always says.

'What I mean is thank you for all the free stuff you have now allowed us to keep for ourselves for the rest of our lives'.

'You see, many of us older people, especially those of us for whom America has provided great opportunities to succeed over the past 40 years and who are over 50 today, voted for Romney and were willing to make some sacrifices right now in 2013.

We were willing to make those sacrifices now for the good of the nation and not punt it down the road like was just done in the fiscal cliff debacle. You know, less tax deductions for higher-income, higher net worth individuals, less health care subsidized by you, the young taxpayer, to balance the budget and reduce the deficit so you and your friends wouldn’t have to pay for it for the rest of your natural-born days here on Earth.

It has truly touched all of our collective hearts that you didn’t want that for us, your parents and the older generation who helped ring up all these debts in the first place.

You decided that you wanted to pay for it all yourself!

So again thank you on the behalf of a grateful aging Boomer Generation!'

He didn't tell us how every conversation ended.  We think it must be one of those 'thud' types of endings you see in cartoons or in the movies, though.

Here are the types of things the older generation who voted for Mitt Romney pretty much have agreed need to happen to make sure the next generation has the same opportunities as we have for the past 40 years:

1) Non-poverty-level soon-to-be seniors would have to work for a year or two more before becoming eligible for full Medicare benefits.  Right now, they become eligible for the full 85%-subsidized-by-the-younger-taxpayer Medicare program the second they become age 65. 85%.

2) Non-poverty level soon-to-be seniors would have to work a little longer to become eligible for full or reduced Social Security benefits. Right now, they can retire at age 62 with reduced benefits, age 66 with full benefits. The current law schedule raises the SS retirement age to 67 in 2027. Why not raise it to 67 by 2017?

3) Older Americans who voted for Mitt Romney were willing to support a line-by-line examination of the entire federal budget in 2013 and allow his investment banking skills to recommend which programs needed to be reformed or expunged entirely.

We have pointed out hundreds of programs that need to be reviewed and reduced over these past 4 years on these pages....you can click on most any one of them in our archives and pick out several you would want to see eliminated as well. Since we benefit from the largesse of many of these massive programs either personally or in our business lives,

And the tax deductions, tax expenditures and tax shelters! Most of those go disproportionately towards the wealthy and the well-off! You young renters out there, thanks for letting the mortgage interest deduction for the mega-mansions go virtually untouched while you continue to get no deductions for your rent payments each and every month.

We older folks thank you young Americans who voted for Barack Obama, once again.

You get the point. We had the golden, platinum-plated chance to make a serious dent in the accumulation of future deficits and debt in the now-concluded fiscal cliff negotiations. The debt not solved will now become the burden or the millstone around the necks of the millions of young taxpayers who voted for President Barack Obama on November 6, 2012. He has confirmed at the edge of the fiscal cliff what most people have thought true for the past 4 years: President Obama is simply not serious when it comes to budget and fiscal matters and especially when it comes to reducing federal spending...anywhere in the budget.

But now, most of the older generation can rest easy.  The Young Taxpayer has made it possible for us to live out the rest of our lives without any personal sacrifice since President Obama won't support cutting any program we benefit from, including Social Security and Medicare.

We should be rejoicing and dancing in the streets, shouldn't we?

To learn more, visit InstitutePublicTrust.org
Posted by Frank Hill at 9:40 AM