How About Extending The Voting Rights Act To The Entire Country? 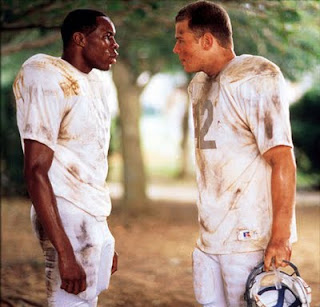 We were having lunch yesterday with an old friend, meaning we have known him for 30 years now, not that we are ‘old and decrepit’ just yet.

Being the political people we are, the conversation naturally turned to redistricting and the intricacies of the Voting Rights Act of 1965 as it pertains to congressional and legislative districts now being drawn around the nation.

What else do normal people talk about…sports? the weather?

One point he made that made us sit up straight and take notice was his comment: ‘Is my vote as important as any other in this nation?’

‘Of course, it is. One-man; one-vote. All men are created equal and all that sorta jazz.’

The Voting Rights Act of 1965 was passed to make sure that African-Americans in the South would never be disenfranchised again as they were during post-Civil War Reconstruction and then under Jim Crow laws that required such things as literacy tests and poll taxes for someone to vote.

The Republican Party under Abraham Lincoln started out as ‘The Ultimate Voting Rights Act Party' by advocating the end to slavery, having Lincoln issue the Emancipation Proclamation in 1863 and then ratifying the 15th Amendment in 1870 giving the right to vote to the freed slaves.

All of these legislative actions had to take place to help re-orient the United States back towards the Jeffersonian/Lincolnian ideal of ‘all men are indeed created equal.’

At least in America, that is what we all believe in, correct?

The reason why this gentleman’s question made us sit up straight was because he then went on to say:

‘Then why do mostly only the Southern states designated under the Voting Rights Act of 1965 have to have their redistricting plans submitted for ‘pre-clearance’ by the US Justice Department in Washington, DC?’

Which leads to the next logical question:

‘Why not submit EVERY state’s redistricting plan to the US Department of Justice in Washington, DC for pre-clearance?’

Treat every voting jurisdiction in the country the exact same.  One man/one vote and equal protection under the law both seem to come to mind as constitutional principles at play here.  If every district is not treated exactly the same as to the governance of everyone's right to vote, then perhaps the Voting Rights Act should be repealed.

After all, we are all ‘created equal’; we all have the same one vote to cast in each election (if duly registered to vote); and non-discrimination principles throughout history demand that every man or woman’s right-to-vote be respected on an equal, non-biased basis.

It would make eminent sense then to submit every state’s redistricting plan to the US Department of Justice for pre-clearance then, or none at all?

So the question to ponder for today is this:  Why not extend the Voting Rights Act nationwide? We are as sure as we are sitting here that there is and has been racism conducted in the state of New York (some parts of NYC and other major cities are subject to the Voting Rights Act); Illinois; Anchorage, Alaska and California over the same length of time since 1965

One of our fathers who was born into a Catholic family in 1917 opened the door to his home in Asheville, North Carolina at the age of 6 and saw 3 burning crosses in his front yard, 1 for him and 2 for his parents. The KKK didn’t like Catholics or Jews living in the South either in case you didn’t know that before.

We ‘get it’ when it comes to the idiotic racism and hatred of some not-so-very enlightened men and women in the South before 1965 and are glad most of it have been eradicated.

But we also acknowledge that time moves on.  We went to a junior high school in Durham, North Carolina during the first wave of integration in 1968 and overnight, the school went from being lily-white to close to 35% African-American.

After a month or so of some pretty tense moments, things settled down and, for the most part, we all just went to school together; had some great football teams and had some great parties now that you mention it. Being able to buy beer at age 18 certainly made eminent sense to us back then when we were 18…(why not now?)

Our point is this: The Voting Rights Act of 1965 did what it was supposed to do. It corrected the imbalances and injustices for the most part in the South.

Why not extend it to the entire nation? Surely other pockets of racism need to be eradicated elsewhere, don’t they?

On top of that, it would put every voter’s vote on an equal keel again where no one’s vote is considered ‘inferior’ or ‘superior’ to any other one around the nation and subject to a concentrated power’s ‘pre-approval’ in Washington, DC.

That just sounds like a constitutional challenge waiting to be made.
Posted by Frank Hill at 12:37 PM