Obama's SOTU: Sputnik, Skutnik and 'So What?' 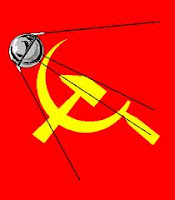 It would be difficult to name many great lines from any presidential SOTU or 'State of the Union' speech, especially now that every one of them sounds pretty much the same and have the obligatory introduction of a real American hero somewhere in the middle of it.

(Quick: name the first time a President singled out a 'true American hero' in his SOTU:

Correct: Ronald Reagan introduced the nation to Lenny Skutnik in 1982 after the CBO federal worker jumped in the icy waters of the Potomac after the horrific Air Florida crash into the 14th Street Bridge and dragged a victim to safety)

You typically don't hear a great line in a SOTU like JFK's 'Ask not what your country can do for you....' or FDR's 'day of infamy' speech post-Pearl Harbor.

Face it: the one line you might remember this weekend from President Obama's SOTU speech was the 'Sputnik moment' reference referring to his call to all Americans to innovate their brains out and invent things so we stay America and not, say, become Malaysia.

We thought a 'Sputnik' moment was when someone we were afraid of (The Soviet Union) did something that scared the living bejesus out of us (put the first satellite in space in 1957) and threatened our very existence (like by having control of space so they could train nuclear missiles on the US from the moon).

So we will forgive the slightly altered analogy for the moment and let it go...for now.

Let's give you a memorable line that, had President Obama said it, you may have dropped your guacamole and chips all over your lap and had your eyeballs bugging out like those characters you used to see on 'Tom and Jerry' cartoons':


"You’d really be amazed at how much Government you’d never miss.”
Go ahead and admit it. You would have been shocked to hear these words come out of President Obama's mouth. But you would have remembered it because it is absolutely true.

These prophetic words have actually come out of the mouth of current Indiana Governor Mitch Daniels whom you should keep an eye on as a possible Presidential contender in 2012, which has already started for all intents and purposes. He was a White House liaison under Reagan when we were on Capitol Hill and served as OMB director under Bush 43 before running for governor in Indiana.

We are issuing a challenge to every reader of this article here today. Go to the following link which is the electronic version of the US Federal Budget, Appendix, where all the gory details are exposed for the entire world to see.

Pick out any number between 1-1420...and then go to that page, regardless of what budget function it falls in. Read the entire page and perhaps the one before it and the one after it since there are lots of charts cluttering up the pages.

And if you can not find at least 1, and perhaps 5 or 10 line-items or descriptions of federal programs that you think are outdated; outmoded; archaic; wasteful; or just plain stuck in there as pork for one specific congressional district, then we will jump in the icy waters of the Potomac next time we are up there and try to swim across it before hypothermia sets in.

Here's what particularly galled us in the President's SOTU: "I am calling for a freeze in discretionary spending which will save $400 billion over 10 years.' One report says it would save more like $200 billion.

We are never going to scoff at saving 1 red copper penny of federal taxpayer money. But saving less than $40 billion per year out of a close to $3.5 trillion federal budget is like popping a pimple on the backside of a pachyderm.

It would be precisely like you saving 1 cent out of every dollar you spend each year.

Put it another way, we could save this $40 billion per year out of discretionary funding....and still have over $1.5 TRILLION in annual deficits for the next 5-10 years! We will still take it...but it is next to nothing!

Put it one more way just to be crystal clear about the magnitude of the uphill struggles we face in getting a handle on our runaway spending right now, we could eliminate the ENTIRE federal discretionary budget each year for the next 10 years...and still have annual deficits of over $1 trillion. Per year.

The structural problems of the budget and deficits are deeply rooted in the entitlement programs: SS, Medicare and Medicaid. And until we get serious about it, from the President on down to the 91 freshmen Congressional representatives who were just sworn in, and start having an adult conversation about changing those 3 main programs plus cutting out unnecessary spending in the defense budget (it is in there by the billions as well), we are just deluding ourselves into thinking we are making progress.

Or worse, we are letting our leaders off the hook by allowing them to delude us again and avoid doing the job we elected them to do, which is to make these tough decisions, set priorities on spending scarce and precious taxpayer revenue...and then go home.

It would be sorta like talking about the dangers of 'Sputnik' in 1957....and then building a Bridge to Nowhere in Alaska instead of NASA.

It is time for President Obama and Congress to get dead-serious about the federal budget. And all of us citizens as well.
Posted by Frank Hill at 8:58 PM