How About A Real Social ‘Contract’ We Can All Agree On? 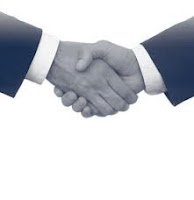 For some reason, 2010 was the year for learning more about contracts than we ever wanted to know, both written and implied.

We are not lawyers and we don’t play one on a courtroom drama.  But we sure felt like lawyers this past year and don’t plan on ever doing so again.

Long-time readers of Telemachus will know that we think the current Social Security system is due for a massive modernization and update. None of us are driving around in 1935 model-year cars (unless you are an antique car buff), so why should we have a national retirement plan based on the demands and financial pressures of the Great Depression era?

We agree that some sort of system needs to stay in place to help the people who truly are in poverty and can’t take care of themselves for one reason or another.  But do we honestly need to keep supporting a universal system for ‘retirement’ purposes that sends $3500/month checks to the likes of super-billionaires Warren Buffett, Bill Gates or Donald Trump when they retire?

That is categorically ‘nuts’ in our humble opinion. They can take care of themselves and a few of the smaller populations of states such as Rhode Island or even Alaska in retirement.

We think we should not include the super-billionaires in ‘universal coverage’ for any ‘entitlement’ program and have said so many times before. Reform the system from the ‘bottom-up’ meaning ‘create a system that meets the current needs of the poor elderly first and foremost using current tax revenues and then release the wealthy and super-wealthy to fend for themselves.’

And then do the following:

‘Allow a ‘real’ social ‘contract’ to be signed by every American citizen at age 18 when they become eligible to vote as to whether they want to be in the Social Security system going forward or contribute to their own retirement plan out of those same funds.’

We have had a couple of go-rounds with some very smart people who insisted that there is some sort of ‘social contract’ embedded in stone tablets brought down from Mount Olympus in America circa 1935.

Here’s our question to you: ‘Have you ever signed this mythical ‘Social Contract’? And if not, why not?’

After all, no Congress can bind the hands of any future Congress or living generation in terms of laws or federal programs. Why is it that Social Security is held separate from this doctrine while every other part of the federal government is changed on a regular basis?

We think everyone would be far better off if they had the choice to voluntarily join Social Security at the same age they become eligible to vote, which has a nice sort of symmetry about it all.

Sign the contract and then there would be no question about what your contributions will be to the SS system and what your benefits will be when you retire.

‘Hey! Wait a minute! Isn’t that just ‘privatization’ of SS just like W proposed and got crushed on?’

Not really. This would be a full and open transaction conducted between the US government and every single legal citizen of this nation. And signed with a legal signature in acceptance of the terms from both sides.

That is what a real contract looks like. Not a fake ‘social contract’ that seeks to make everyone feel guilty if they don’t follow it lock, stock and barrel. Like we have collectively done for the past 75 years.

There are questions and concerns about the ‘transition costs’ of such an improvement which we will deal with later. The main thing is to start the debate for going to a real retirement system based on investment and returns. Allowing everyone the chance to make their choice at age 18 by signing or not signing the contract is the place to start.

After all, you can go to war and vote at age 18…why not make this important retirement funding decision as well at the same time?

(Even though you can’t buy a beer legally….which is another weighty issue to ponder)

courtesy of www.illinoisconstructionlawblog.com
Posted by Frank Hill at 4:00 AM