Could Mr. Alvin Greene of South Carolina Do A Better Job In The U.S. Senate? 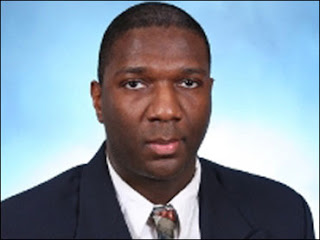 We wonder:  Could a total newcomer to politics and everyday citizen such as Mr. Alvin Greene do a good  job in Congress?

Or rather, could he do a better job than the people who are already there?

Mr. Greene, who by all indications, is a legitimate citizen of the United States of America who resides in the great state of South Carolina, and who meets the constitutional requirements of having lived in the US at least 9 years and is now over the age of 30, has as much right to run for the US Senate as any one else does in this country, as long as he is not a convicted felon.

He paid his $10,000 filing fee and received 60% of the Democrats voting in the primary to vote for him instead of the other more experienced politicians on the ballot.  That sounds like a 'democracy' to us, as messy as they can be sometimes but a free vote of free people in a state. The losing candidates now apparently feel as if their election to the US Senate was ‘stolen’ from them somehow by Mr. Greene.

60%!  That is a landslide of biblical proportions in any modern-day American election, ladies and gentlemen!

Mr. Greene has suffered his share of insults and demeaning comments from the chattering heads and the powers-that-be from South Carolina to Washington. And he might yet disqualify himself if he is convicted on the obscenity charges leveled against him.

All of the chattering heads from both political parties are saying this in a very snooty, condescending manner, as if they are British Lords harrumphing over the whole incident: “How can this man be qualified to run and serve in the august US Senate?’

Let's look at the following questions:


We think that anyone in this nation should be able to do better than that, including you, the reader of this blog....don't you?

How could any walking, breathing human being NOT DO BETTER THAN THAT!????

You know, we have found over time that it actually takes a lot of work to avoid doing the right thing .  We know lots of friends from high-school or college days who spent way more time and energy avoiding classes and doing their homework than it would have taken to just do it in the first place.  (Although we are more than happy to report they are all fine, upstanding citizens of the first order today)

It sure seems as if Congress has done their very darndest best over the past decade to make sure our budget deficits continue to gush like the BP oil well in the Gulf and our national debt explodes at its fastest pace ever since WWII.  Congress has assiduously voted to raise spending at every behest and beck-and-call and cut taxes whenever possible without any regard to balancing the budget again.  Congress threw the only budget constraint that has ever worked, the PAYGO mechanism, off a speeding truck going over a bridge into the river basin below, never to be seen or used again like it had Kryptonite in it and they were all “Supermen”.

And they have all said for the past decade now: “Well, we have done a really good job, haven’t we?’

In 1816, 2/3's of the 14th Congress did not win re-election to the 15th Congress. The reason?  They voted themselves a 'pay raise' to an amount that was higher than almost everyone in the nation at that time: $1500 for each Member; Speaker Henry Clay of Kentucky got $3000 in what became known as 'The Salary Grab'.

They had economic difficulties in the young nation, similar to ours today.  They had just finished a war that many felt was unnecessary in the War of 1812.  And they were dealing with the national bank issue to stabilize the dollar and conduct government business across the nation.  (sound like the Fed to you?)

For some reason, the one issue the voters focused on was the salaries of their elected representatives....just like today whenever a pay raise is considered.  It is far easier to get mad about congressional salaries than the complications of international finance and budget deficits, isn't it?

We are not as worried about congressional salaries as we are about all of the other things we need to be worried about nowadays like the economy, jobs, the dollar and the debt.  We might even come out trillions of dollars ahead in the long-run if we paid our representatives $1 million apiece....but ONLY after they had put their voting cards in the "No!" slot every once in awhile and balanced the budget again one day.

Maybe even a common, everyday person like Mr. Greene would cut spending for that kind of money.

courtesy of www.cbsnews.com
Posted by Frank Hill at 4:03 AM