‘What is the More Important 'Sustainability Issue' of Today: Global Warming or Explosive Federal Debt?’ 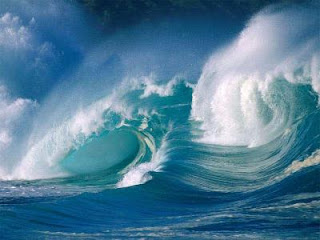 “Wave of debt payments facing U.S. government” is the somewhat innocuous-sounding headline for the recent 11/23/09 NY Times article, above the fold on the front page of the Monday edition paper, no less. (click on the highlighted article and read it before continuing)

Sounds sort of like a headline for when global warming swells the sea from frozen icecaps melting and the ocean waves rise 10 feet over the mainland.  Which is an apt analogy to use when you consider how much debt we are piling on right now.

What is the more urgent immediate 'sustainability' problem facing America today: global warming or excessive debt by the federal government?

We contend the more urgent, pressing problem is excessive federal spending.  Now that the esteemed New York Times has jumped on the debt bandwagon, maybe everyone can now agree that it is a massive problem we have to fix…now…today.

It is a lot easier to fix than global warming, believe us.  All we need to do is: 1) stop adding on more spending at the federal level and 2) reduce spending already on the books.  (some programs have been in effect essentially unchecked or reformed for over 80 years)

Like with this current health care reform (sic?) bill now pending on the Senate floor.

The earth indeed did suffer from a massive global warming event 250 million years ago when a comet or meteor smashed into the Siberian coal fields and ignited a supervolcano that emitted gigatons of carbon that led to the Permian mass extinction. (You can look it up)

However, during the comparatively very short time of recorded human history of less than 5000 years, thousands, hundreds of thousands, or maybe millions of government units have succumbed to a more deadly disease: bankruptcy caused by overspending and self-aggrandizement of leaders and people.

We don’t really know how many for sure since the Great Library of Alexandria with all of the written history up until that point in time was burned up when Julius Caesar stupidly set fire to Cleopatra’s ships in the Alexandrian harbor.

Maybe there was some book in there warning future democratic republics about the dangers of government over-spending and accumulated debt.  We will never know.

Here are some points that strike us from this article:

1. For the first time in any publication we have seen, the Times refers to current interest payments as being $202 billion.  That is odd, since most the time, the news media has said it is more like $500 billion per year.

The difference is because the Times apparently has chosen to focus on what is the ‘real’ cost of our interest on the national debt that HAS got to be repaid, not the imputed interest ‘owed’ to the fictitious Social Security Trust Fund, which is non-existent in real economic terms as admitted by the current CBO director.

So maybe the Times has ‘gotten religion’ when it comes to reporting on real federal budget issues and we can move ahead without worrying about the consequences of ever paying back the Social Security Trust Fund or the imputed interest that has been added to it over the years…because it is impossible to do so.

2.  “An additional $500 billion a year in interest expense would total more than the combined federal budgets this year for education, energy, homeland security and the wars in Iraq and Afghanistan.”

Let’s think about this statement very carefully.  When interest rates go back up to their more normal rates, (not if, but when) we are going to be paying an additional $500 billion more per year in interest payments than today.  And you thought the amount we are spending on Iraq and Afghanistan was wasteful and exorbitant for the past 8 years?

Wait til you get a load of paying all of your taxpayer money in interest expense to the Chinese government just for the privilege of having them loan us more money because we don’t have the guts to control our spending or raise taxes to pay for it all.  How wasteful will you feel that will be?  Not only do we buy all our products from China from jobs we have shipped over there; now we will be sending even higher amounts of our interest payments to them as well.

3.  Who in the world is going to buy and hold our bonds for a long-term, 30-year basis unless they get a very high premium on interest rates given that everyone expects inflation to rear its ugly head as soon as this recession ends?  The rule of thumb is that when interest rates go up, the value of existing bonds go down so how are we going to find long-term buyers under those circumstances?

Just remember, when you see newspapers such as the NY Times that previously paid little to no attention to the dangers of debt accumulation and federal over-spending, start to explain the debt situation, then something serious is going on.

And it ain’t good.

picture courtesy of sxmprivateeye.com
Posted by Frank Hill at 12:56 PM