The Obama Health Care Bill: ‘Is This The Straw That Breaks the Camel’s Back’? 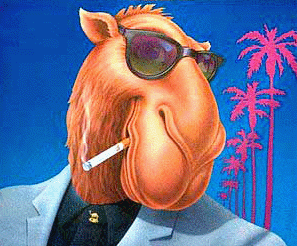 What is it with ‘camels’, ancient proverbs and analogies anyway?

The poor camel gets stuck with all the bad consequences of human actions.  He gets his ‘back broken’ when the last marginal straw is added to his workload.  He gets bad press every time he ‘sticks his nose in the tent’ with the assumption that the rest of his sweaty, smelly body will soon follow suit.

And poor old ‘Joe Camel’ got banned from advertising the brand of cigarette that bears the name “Camel’ in the first place.

Is this health care bill the ‘final straw’ of American legislation that breaks our economy?

We won’t know for awhile, now will we?  What will be the effect on the value of the dollar if it passes?  How about on interest rates?  The ability of the Chinese to continue to buy up our exploding debt?

Are we willing to roll the dice on this monstrous health care bill right now at this precarious time in our national economy and history?  What if the proponents of this bill in Congress and the White House are wrong?  Can we punish them with like they tried to punish the Wall Street and Detroit executives who got it all wrong last year?

Why take such a big chance when our children’s future is at stake?

Somebody’s ‘lying’ in this whole escapade, and no…we are not trying to emulate Congressman Joe Wilson’s emotional outburst during President Obama’s address to Congress on this health care bill several months ago.

Let’s go to the videotape:

1)  ‘This bill will not add one dime to the federal deficit!”

Computer answers:  ‘Of course it will!'

How can it not?  Just look at the cash-flows of the tax increases that begin immediately and the spending starts to kick in big-time in 2014, after the next presidential campaign, conveniently enough.  (see Anne-Marie Turner; Galen Institute)

What these people in Washington deliberately are failing to tell you is that over the 10-year period that occurs after the start of the health care spending portion of the bill, between 2014-2024, the spending will total at least $2.5 trillion. (We have been telling you the same thing for the past 5 months)

One budget expert says this bill will cost close to $4.9 trillion in new authorized spending between 2014 and 2034.

There is no way on God’s green earth that the Pelosi/Reid/Obama tax hikes will be enough to cover this massive increase in spending over the next 30 years.  No way.  You think the payroll tax increases on the upper-income taxpayers will stay only on the upper-income wealthy people? Think again.  The same argument was used when the income tax began in 1913…are you middle-to-higher income salaried people not paying any income taxes nowadays?

2) “This bill will not hurt anyone now on Medicare!”

Of course it will.  Particularly those who are now using the Medicare Advantage program that allows a broader range of services at a slighter higher premium than the basic Medigap insurance that the AARP wants to restrict you too.  This bill will reduce the Medicare Advantage program to a shell of its former self by taking those funds and spending them elsewhere in this monstrous Rube Goldberg apparatus of government manipulation and tinkering.

3)  ‘This bill will cover everyone in America with health insurance!”

Computer says: “Heck, no, silly!  Are you kidding me?"

What will all these 'do-gooding' Congressmen and Senators have to do if they actually solved the whole problem in one fell swoop?  That would take away future excuses to continue to meddle in the health care industry and not allow it to take its own normal course based on supply-and-demand principles and risk/cost tradeoffs.

In fact, many independent studies confirm that this health care bill will NOT cover all uninsured Americans.  It will leave perhaps 10 million+ people uncovered by insurance while at the same time, drive up premiums on the rest of the Americans who have private health insurance they do like which might knock up to 5 million of them out of the private insurance market to boot!

How about that for an unintended detrimental domino effect?

So far, all we can see is that not only will the camel soon get completely into our tents, we will have to bind him up to fix his broken back and then smoke Camel cigarettes to calm our nerves down.