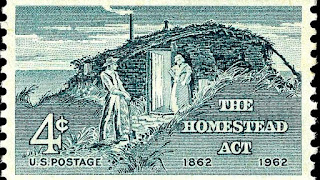 PRESIDENT BIDEN’S domestic policy advisor Susan Rice went to great lengths to explain how the Biden Administration was not only going to somehow wave a magic wand and proclaim “equality” in every federal agency but guarantee everyone achieves “equity” as well.
Equality connotes the sense of fairness and freedom of opportunity, the very essence of American values. Equity by fiat demands everyone’s outcome will be the same even though their individual input in terms of work, education and plain God-given abilities are not ever going to be equal — the very definition of socialism.
Equity cannot be mandated through President Biden’s executive pen or a law passed by Congress. Real equity, however, can be built for everyone through the miracle of investing and tax-free cash value buildup if done correctly over a long period of time. Instead of paying lip-service to the socialist dream of equity, the Biden Administration could take the bold first step that will provide a truly amazing amount of “real equity” for every American citizen for the rest of our history:
It would be the singular most important step towards financial security for every average American citizen since passage of the Homestead Acts in the mid-to-late 19th century. It would exceed the benefits of any massive tax cut favored by Republicans — 50%+ of citizens pay no income tax to begin with — or gargantuan increases in entitlements and domestic welfare programs favored by liberal Democrats, which are weighing down our children and grandchildren with debt they cannot pay.
Social Security (SS) should have been established as a 401k program at inception in 1935 — except there were no 401k plans until 1978. Or in 1983 when the Greenspan Commission hiked payroll taxes but didn’t change the structure of Social Security. Or during any session of any Congress for the past 38 years.
We have reached the inflection point where younger workers today will not receive a positive net real return on their lifetime payroll tax “contributions” (sic) to SS during retirement. According to former Social Security Trustee Charles Blahous, every younger worker today will lose 3% of their net income during their lifetimes paying SS payroll taxes to the federal government as he explains in his worthwhile report, “An Analytical Framework for Strengthening Social Security,” published by the Mercatus Center.
Boomers retiring today can expect perhaps a 1% real rate of return on all the money paid into SS on their behalf from their paychecks matched by their employers. None of their money went into a true individual investment account where those funds were allowed to grow with tax-free dividends, interest and capital-gains over time. $100 paid in SS taxes one pay period went to Washington, D.C., where it was paid out in SS benefits to Grandpa Jones in Ames, Iowa, the next month.
Minimum wage earners for an entire work career could amass a fortune of hundreds of thousands of dollars in their personal retirement account if every payroll tax dollar they had withheld from their paychecks went into a private 401k plan. Social Security taxes are not tax-deductible at the personal level, which is another impediment to significant wealth accumulation by average working folks.
Minimum wage earners of the past can expect to receive around $1,000/month in Social Security checks after retirement. That is Social Insecurity (SI), not Social Security (SS).
The most unfair and “inequitable” aspect of SS has been the lack of ability to build wealth to pass on to a spouse or children, for people of all races. It is especially acute for black men; the average lifespan of a black male did not pass 67 years until 1997. Many black men died before receiving $1 in SS benefits after a lifetime of work. Had they been able to put their SS money in a true 401k plan, even if they died early at age 60, they could pass along a portfolio of many hundreds of thousands of dollars to a surviving spouse and children instead of relatively meager survivor benefits.
Want to achieve “true” equity, Mr. President and Domestic Policy Advisor Rice? Lead the charge to amend the Social Security system and make it a private plan for every individual for their 21st century
retirement needs.
Younger voters and black men should demand it and march in the streets to make it happen.
(first published in North State Journal 2/10/.21)