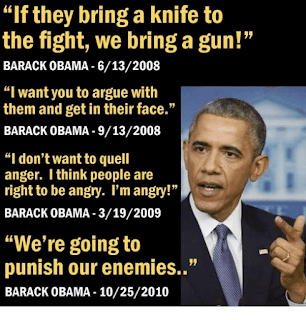 A Washington operative called me last week and said: “Ever heard of Arabella? They turned Colorado blue. They turned Virginia blue. They turned Georgia blue. North Carolina is next. You better tell everyone to get ready and get prepared to fight fire with fire.”

Arabella Advisors is a for-profit organization that liberals have used over the past decade to help advance every cause imaginable. Every legislative success, every public relations coup, every successful legal challenge to our election process by liberals most likely was funded by some entity in the Arabella network.

There were over 4,000 election law challenges this past year brought by lawyers on the left. They did not do all of them pro bono. They basically overwhelmed the legal system and out-maneuvered Republicans at almost every level in targeted swing states.

“Money is the mother’s milk of politics,” goes the old adage. Arabella Advisors is, by definition then, the largest nursing blue whale in American political history.

“Dark money,” or independent expenditure committees, used to be despised in the liberal community. They decried the amount of money spent on campaigns, especially money donated to conservative causes by the Koch Brothers (but not massive sums of money donated to liberal causes by George Soros).

Liberals apparently paid close attention to the success of the Koch brothers after the Citizens United ruling in 2010 that opened up massive, undisclosed contributions to independent non-coordinating political committees. Some estimate Arabella has distributed in excess of $1 billion for the past several years.

Hardly any of Arabella contributions become public. Arabella acts like a pass-through organization for large contributions to be funneled to left-wing groups such as the Sixteen Thirty Fund, which funded the vicious opposition against Brett Kavanaugh’s nomination to the Supreme Court; New Venture Fund, the Hopewell Fund; and the Windward Fund.

Much of the money is then forwarded to state organizations, such as Arizonans United for Health Care, Michigan Families for Economic Prosperity and North Carolinians for a Fair Economy, again with no fingerprints or disclosures by donors.

Republicans should analyze — and then copy — everything liberal Democrats did at the state level from the day President Trump was inaugurated four years ago today. Republicans are not great at “inventing” new electoral tactics or fundraising methods, but they are great at figuring what Democrats did to win in last election and then doing it better in the next election.

Put Democrats on defense in every contested state or district for the next two years with thousands of legal election challenges, massive voter registration drives and targeted communications against every far-left initiative they support. Once Joe Biden opens our borders and offers immediate citizenship to 11 million undocumented people in the US, introduces the Green New Deal and Medicare For All, and rejoins the Iran Nuclear Deal and the Paris Climate Accords, the 39% of the people who voted for him without knowing anything about him except that he was “Not Donald Trump!” will start to turn on him and his policies fast.

The average mid-term loss of any president has been 30 representatives in Congress. Biden may lose 50 Democrats in post-redistricting congressional mid-terms in 2022 after he introduces his onslaught of leftist legislation. In addition, a net eight congressional seats will flip from blue to red states, giving Republicans eight more opportunities right there to win back control of Congress and send Speaker Nancy Pelosi into retirement.

Former President Barack Obama was not kidding when he said, “If they bring a knife to the fight, we bring a gun,” and somehow got away with it in the eyes of a fawning media.

Conservatives have to “out-Arabella” Arabella Advisors. When Silicon Valley oligarchs and George Soros write checks for $10 million, $50 million, $100 million or more to the Arabella network, conservatives have to be willing to match them dollar-for-dollar but be smarter about spending it on better things than thousands of trite television ads.

Today is a good day to start — the first day of President Joe Biden’s term in the White House.