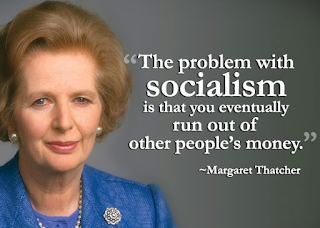 Since America appears to be heading into a period of increased socialist policies under President-elect Joe Biden, and, if the unthinkable happens, most certainly under Vice-President-elect Kamala Harris, it is perhaps wise to see what other great leaders of freedom had to say about their countries’ experiments with “democratic” socialism.
Calling it “Hibiscus” socialism wouldn’t make it look any better. It is still highly centralized government control of our lives no matter how one describes it.
Biden’s election is “historic” only in the sense that he is the oldest-person to be president-elect in the United States of America. He is the first president-elect from Delaware, unless one counts Rutherford B. Hayes, our 19th president, as the first since he was from Delaware, Ohio.
Donald Trump was responsible for over 100 million votes in the 2020 election: 74 million voted for him; 31 million voted against him. Polls say 39% of the people who voted for Joe Biden really voted against President Donald Trump because they hated him so much. Joe Biden might be lucky to count 50 million who truly were enthusiastic about voting for a Democrat candidate for president in 2020.
Hardly anyone has any idea of what Joe Biden stands for, what he did in 47 years of relatively obscure public service, or what he intends to do as President. He would not come into the White House with any of the adulation and public support that Presidents Obama, Reagan or Eisenhower enjoyed.
The #NeverTrumpers and people who hated Trump are about to get a real-life lesson in pure politics. They are about to get a dose of socialist policy they never believed possible. After that, all they will be able to do is blame themselves for what they hath wrought.
Margaret Thatcher became prime minister of Great Britain in 1979, a year before Ronald Reagan was elected president in 1980. Both were elected because the creeping socialism in their respective countries was dragging both nations down into a morass of stagflation: 10% inflation, 21% interest rates and high unemployment.
Her task, as she saw it, was to dismantle socialism and replace it with a robust free market to restore the fortunes of Great Britain on the world stage. As only a great, educated British leader could do, she had some ripe comments about socialism:
“As Arthur Shenfield put it, the difference between the public and private sectors was that the private sector was controlled by the public sector and the public sector was not controlled by anyone.”
“The former Labour Cabinet Minister, Douglas Jay said that ‘the gentleman in Whitehall really does know better what is good for the people than the people know themselves’.”
“To cure the British disease with socialism was like trying to cure leukaemia with leeches.”
“Seen from afar, or from above, whether a socialist gentleman in Whitehall or by a High Tory, socialism has a certain nobility: equal sacrifice, fair shares, everyone pulling together. Seen from below, however, it looked very different. Fair shares somehow always turn out to be small shares. Then someone has to enforce their fairness; someone else has to check that this fairness does not result in black markets or under-the-counter favouritism; and a third person has to watch the first two to make sure that the administrators of fairness end up with no more than their fair share.”
Therein lie the inherent flaws in democratic socialism. Politicians who propound socialism for all almost uniformly have zero experience doing anything in the real world outside of government and politics. Joe Biden was in government for 47 years. Bernie Sanders never succeeded in anything before he ran for Mayor of Burlington, Vermont. AOC has never run a business, law firm or medical practice. Kamala Harris was a district attorney in San Francisco before becoming US Senator, but she is not an expert in the biogeochemistry of climate change, the economics of health care or any other aspect of our life socialists want to “change forever.”
Democratic socialists believe in their hearts, souls, and minds they, like the gentleman in Whitehall, know far better what is good for the people than the people themselves.
They don’t. America would do well to heed the words of Margaret Thatcher.
Happy New Year.
(first published in North State Journal 12/30/20)