The World After COVID-19 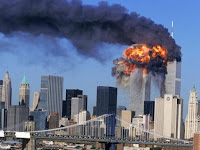 COVID-19 will change the world forever.

Asymmetric threats are defined as unexpected attacks from unusual sources that catch military leaders unawares and unprepared. Former Defense Secretary Donald Rumsfeld memorably commented after the Islamic terrorist attacks on the Twin Towers and the Pentagon in 2001: “We don’t know what we don’t know.”

For some reason, COVID-19 is one such asymmetric threat that caught the world flat-footed. Fear of Coronavirus has caused exponentially more disruption around the globe than SARS, MERS and H1N1 combined in past pandemic scares.

What do we know will be different going forward in America already?

The first bubble that has been popped is the argument that pharmaceutical and medical device companies are “mean and evil” and only interested in making money for their shareholders. Even the most bitter critics of the health care industry in America are refraining from attacking the very people they are hoping will figure out solutions to curb the bow wave of infections across the nation.

The “armed forces” in this war against COVID-19 are dressed in white jackets, wear N95 masks and work in hospitals and labs. Every health care worker should be viewed as a hero much like our men and women in the military for protecting our health against these invisible invaders.

Colleges and universities are going to have trouble justifying huge annual tuition increases now that it’s been shown they can educate millions of students remotely online for a semester. Why not a full year at much lower cost?

China will not replace the United States as the preeminent world superpower in our lifetime. Their constant history of lying, covering up and cheating has caught up with them in their handling of the COVID-19 crisis. Major U.S. corporations are going to have to re-source production from China to America for critical materials such as surgical masks, medical equipment and pharmaceuticals to prevent shortages of any product or material that can be considered “essential to our national security.”

The FDA has proven it can expedite clinical trials with relative lightning speed during this crisis. Expect to see efforts in Congress to make it more streamlined for approvals in the future.

Voters are going to wonder how the Schiff intelligence committee of Congress can spend millions of taxpayer dollars over three years and never find one piece of evidence that a bio-warfare virus might have escaped a Chinese military lab in Wuhan province.

Young voters will have much more debt to pay back with the passage of the $2 trillion CARES Act. It usually has taken at least three years to add $2 trillion to our national debt in the last decade; this herculean feat will happen in two months.

The open borders movement has lost. Borders are closing all over the world to protect their citizens from deadly virus transmissions from everywhere else. The EU is closing borders so fast that it may cease to function as an economic entity since the UK got out right before the crisis hit.

The World Health Organization will be scrutinized for its role in not preventing the spread of the virus and subsequent mitigation. Many of its pronouncements have fallen far short of the truth so far.

Perhaps everyone will take advantage of the stay-at-home orders and get the rest and exercise they
need to become more fit and healthy for life on the other side of this shutdown. Many people may experience a spiritual renewal, and churches will see attendance rise instead of steadily declining like in the last decade.

If nothing else, Americans should be nicer to each other in the aftermath of such a shared crisis experience. It is amazing how many nice people you can meet walking around your own neighborhood when everyone else is doing the same thing.