What Is Different This Time? 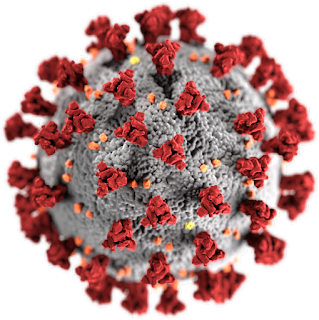 No one knows what the extent of COVID-19 will be domestically or worldwide in terms of cases, deaths or economic impact over the next 30 days, 60 days, six months or year. When this is all said and done, hopefully we will look back and say these swift closures avoided a catastrophe.

What we do know is this episode of Mother Nature versus mankind is light-years ahead of every other major viral outbreak in terms of fear and panic since the deadly 1918 Spanish Flu pandemic. Nothing close to what we are seeing today happened with other very dangerous 21st century outbreaks of SARS, MERS, Ebola and H1N1 around the globe.
The coronavirus appears to be more virulent than any of those earlier outbreaks which were all dangerous to a person’s health if contracted, especially to elderly people. COVID-19 is nothing to be trivialized and certainly not politicized.
Detection of viruses today is not a quantum leap ahead of medical technology from the start of the 21st century. Facebook (2004) and Twitter (2006) were in their relative infancy in 2009 but had the capacity to disseminate information about viral outbreaks world-wide.
Dr. Anthony Fauci, whom by chance many years ago I pulled back from walking into a speeding vehicle at 14th and Constitution in a George Bailey moment now that I think about it, was at the NIH working on infectious diseases in 2009.
What is different this time around?
For one thing, we live in hyper-politicized and hyper-partisan times. Far more than at any time in my 40 years in politics and government.
American politicians and talking heads typically kept their mouths shut and avoided making overtly political attacks at the beginning of national crises in the past. During the stock market crash in October 2008 and the tragic 9/11 terrorist attacks in 2001, elected leaders of both parties rallied around a common threat to us all and acted like adults who could lead this country through it first before blaming each other later.
Not this time. Democratic presidential hopeful, former Vice President Joe Biden said last week: “The Trump administration’s failure on testing is colossal, and it’s a failure of planning, leadership and execution.”
He might as well have said, “It is President Trump’s fault that someone in the Wuhan province of China ate a live beating heart from a bat, got infected with COVID-19, and then coughed and spread this deadly virus that is going to wipeout the human species!”
Princeton professor Eddie Glaude gleefully opined on MSNBC: “This may be Donald Trump’s Katrina.”  He might as well have added, “Just like we liberals blamed Bush 43 for a problem that was equally the fault of state and corrupt local government on top of the fact that New Orleans is below sea level and should be moved 100 miles inland to avoid any future devastation and loss of life.”
Ethics and Public Policy #NeverTrumper Peter Wehner boldly declared in The Atlantic March 13 edition, “The Trump presidency Is over” because of COVID-19. He has said the same thing after every incident in the Trump era since election night 2016.
The “swine flu” epidemic hit the United States during the first year of the Obama-Biden Administration in 2009. According to the CDC, 60.8 million Americans contracted the H1N1 virus; 273,304 went to the hospital. 12,469 people died. It wasn’t until six months later, in October, 2009, that a vaccine was approved and distributed for use.
No one can remember one single school, one college basketball game or one church service being closed due to swine flu.
No one in the media asserted that the swine flu meant “The end of the Obama Administration” or that he was an incompetent insensitive idiot because it was solely his fault that 60 million citizens contracted the swine flu.
Medical technology has improved but is essentially the same; news dissemination is more focused in social media but essentially is the same; and Dr. Fauci is still working at NIH.
Donald Trump is in the White House and Barack Obama and Joe Biden are not. That is about the only major difference from 2009 but that can’t explain the 180-degree difference in coverage or panic, can it?
Perhaps the Trump Administration and government in general learned from the swine flu pandemic that the best thing to do is to shut everything down until the virus passes and a vaccine can be developed. If that is the case, then we should have a lot to be thankful for later this year.
(first published in North State Journal 3/18/20)