When Your Opposition Is In The Process of Destroying Themselves…. 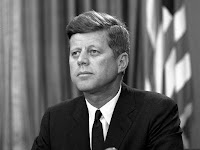 There may still be a few Democrats left who believe they are part of the Old Democratic Party of JFK, RFK and Henry “Scoop” Jackson.

They might want to stop watching the news then.

The daily news coming out of Washington, DC is saturated with the latest pronouncement from freshman Representative Alexandria Ocasio-Cortez about how to turn the United States of America into the Socialist State of America.  Freshman Minnesota Representative Ilhan Omar regularly spews out blatantly anti-Semitic remarks about Jews and Israel. Erstwhile Democratic-presidential-candidate-but-you-know-he-really-is-a-Socialist Senator Bernie Sanders keeps pushing for another new impossible-to-pay-for-program he wants the government, meaning you, the American taxpayer, to pay for. 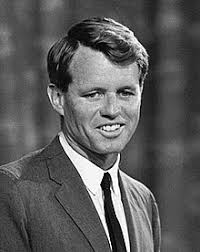 If you think JFK, his brother Robert Kennedy or defense hawk Senator Jackson of the state of Washington would be a proud Democrat today, you would be wrong. None of them would be a card-carrying member of the Democratic Party much less ever be a nominee for any high political office. 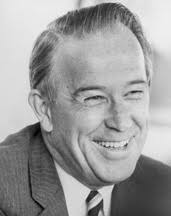 The Democratic Party of the 1960s through the 90s was based on the solid pillars of anti-communism, free enterprise, capitalism and civil rights. They favored legislation aimed at helping the average working American, the elderly and the poor while they stood up to the Cold War Soviet threat in Eastern Europe and communism around the world.

These young socialist Democratic leaders of today and tomorrow want the $44 trillion Green New Deal; the $33 trillion Medicare for All deal, cancellation of $1.56 trillion in student loan debt before offering free college education to everyone and open borders with no immigration rules whatsoever.

Presidential candidate Senator Cory Booker wants everyone to become vegan instead of meat-eaters for the sake of the environment.

There is no room at the inn for old-line Southern Democrats, JFK or RFK Democrats or even modern-era Blue Dog Democrats.

Before Republican enthusiasts get too excited, however, over the internecine warfare on the Democratic side, they should heed the advice of the late great political strategist Lee Atwater:

“When the opposition is in the process of fighting and destroying each other….let them”.

The biggest problem partisans have when they see the other side fighting among themselves is keeping their mouths shut. Inevitably, when they do enter the fray, they say something impertinent, intemperate or just plain wrong which brings public attention back to their party and their inherent fractious battles and the media loses its focus reporting on the damage being done on the other side.

Chinese general, military strategist and philosopher Sun Tzu wrote circa 500 BC: “The supreme art of war is to subdue the enemy without fighting.” Napoleon reportedly told his generals: “Never interfere with the enemy when he is in the process of destroying himself.”

The Prussian military strategist Clausewitz wrote often about sowing confusion in the mind of the enemy and taking concentrated specific action to capitalize on that confusion.

When the army of Judah under King Jehoshaphat started singing, the Ammonite and Moabite troops were so confused they attacked and completely destroyed the troops from Edom. Then they turned against each other and destroyed themselves.

Gideon took 300 men into battle against the Midianites with only trumpets. “When they blew the 300 trumpets, the Lord set every (Midianite) sword against his comrade and against all the army. And the army fled.”

The worst thing any Republican can do right now is divert attention from the dissolution of the modern Democratic Party as it has been known for the past 50 years with an inopportune comment.

Let the Democratic Party become the party of socialism; anti-Semitism, infanticide, anti-capitalism, mandatory gun buybacks and confiscation, less personal freedom and much higher taxes on their own.

Their leaders can’t turn back the tide any more than King Canute could.

The American people can see the unraveling of the Democratic Party themselves. They don’t need any help from a camera-seeking Republican to see the truth.