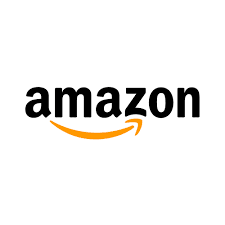 
The withdrawal of Amazon from Long Island City, New York after massive opposition from the left-wing of the local Democratic party has unveiled at least one thing on which left-wing socialists can agree with right-wing conservatives:

Congresswoman Alexandria Ocasio-Cortez, now the titular leader of the National Democratic Party,  tweet-gloated after hearing about Amazon’s withdrawal: “Can everyday people come together and effectively organize against creeping overreach of one of the world’s biggest corporations? Yes, they can.”

Amazon will not be hiring 25,000 people in Queens, many of which would have been in AOC’s congressional district. The average salary was expected to be $150,000 per job.

State and local governments of New York offered $3 billion in tax abatements and subsidies to Amazon. Future tax payments to New York governments from 25,000 new jobs was expected to be in the range of $20 billion or more which looked like a pretty good deal to Governor Cuomo and Mayor De Blasio who were counting on those revenues to expand government programs.

It was a good deal if you support government co-mingling with private enterprise, that is.

AOC’s argument against the incentives was that the money could be better spent on the direct needs of people in New York instead of helping a wealthy corporation make more money. She thought $3 billion in incentives was cash paid directly to Amazon instead of phasing-in over a number of years in lower tax payments.

Many conservatives must be silently high-fiving AOC and her comrades for defeating the Amazon deal. “After all”, they say, “why does government recruit companies with taxpayer money? Keep taxes and regulations low, build an educated workforce and they will come.”

What are corporate incentives: capitalism or socialism?

Eric Shiffer, a New York businessman blurred the argument when he said:

“[Ocasio-Cortez] is a rat poison to the heartbeat of capitalism…(F)or her to be celebrating the lost jobs, thousands of construction and blue collar jobs that come from building [Amazon’s] headquarters, as well as executive jobs and corporate jobs, steps on the throat of what keeps democracy alive — capitalism, not socialism.”

“Rat poison to the heartbeat of capitalism”? Will democracy and private enterprise die unless government intervenes to recruit companies such as Amazon with taxpayer money?

Most of the time, the damage to free enterprise comes when government tries to do things better left to the private sector.

Are corporate tax incentives one of them?

In 1992, when Southern states were hemorrhaging tens of thousands of textile jobs, BMW received $130 million in tax incentives from South Carolina that transformed the 30-mile I-85 corridor between Greenville and Spartanburg from Textile Mill Central to Leipzig South.
61,500 South Carolinians work in the auto manufacturing industry today.

In 1993, Alabama offered the then-unbelievable amount of $250 million in incentives to Mercedes-Benz to build a plant in Vance to replace textile jobs in their state. The North Carolina congressional delegation, Governor and NCGA were aghast at such an outlandish proposal compared to what North Carolina offered.

AOC might have won the battle to stop Amazon from going to New York City. Some state will win the war by offering $3 billion or more and 25,000 Amazon jobs will go there instead.

We live in a Mutually Assured Destruction (MAD) system of state economic competition whether we like it or not. Until voters who don’t like politicians using their tax money to entice companies to locate in their state vote them out of office nationwide, the Amazons of the world will pick and choose where they will locate next and hire 25,000 North Carolinians, Texans or North Dakotans.

They won’t be Yankees in Queens, New York. That is for sure.