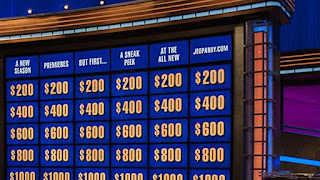 Since all the attention is on the US Senate now to see if they can pass a tax bill and get it to conference and to the President's desk before the Alabama special Senate election on December 12, consider the following facts about the US tax code in the following couplets:


Other than winning bar games or perhaps beating Ken Jennings on 'Jeopardy' with 'Odd Tax Facts', what does all of this tax trivia mean today?

There is a vast amount of disinformation out in the public about our tax system.

We have a progressive tax system that really doesn't 'gouge' the rich since the uber-wealthy can afford so many tax shelter unavailable to most taxpayers.

We have a second 'flat tax' system that is completely regressive since it takes 15% (half from the employee/half from the employer; 100% from self-employed) from dollar $1 earned by each and every salary wage-earner in the country, from the poorest laborer to an NBA star, up to $127,500 for Social Security and unlimited in Medicare.

2.2 million people don't know they are paying too much in taxes by choosing the standard deduction instead of itemizing deductions such as mortgage interest, charitable contributions and state and local taxes.

Millions of taxpayers who do use the standard deduction are getting a good deal if they A) rent and don't have a mortgage on which to pay interest; B) don't contribute a lot of money to charity or C) live in a state without an income tax. With the standard deduction going up to $24,000 for married couples and $12,000 for individuals, millions of taxpayers will get the benefit of tax deductions even if they don't do anything specifically to earn them.

99.2% of all taxpayers each year will not be audited by the IRS. The IRS does not have the time, resources or manpower to go after all but the largest discrepancies in the higher income categories. If every person had to pay 1 huge check on April 15 each year, we would have the largest tax revolution since 1776.

We are leaving at least $400 billion per year on the table in uncollected tax revenues. When you factor in the black market and illegal trade in America, it might be triple that number.