Understanding the Nexus of Faith, Religion And Islamist Terrorism 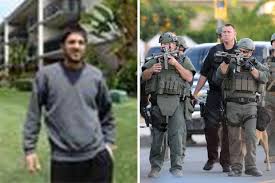 What are we dealing with really when it comes to so many mass murders such as the one we just witnessed in San Bernardino, California?

Is it all fundamentalist Islamic terrorism? Or is it a combination of racial hatred such as we saw in Charleston, SC along with psychotic killers who show up around the country and just murder people because of their mental illness? Or is it a case of too many guns in America, period?

Sadly, there have been 351 mass murders in America this year in 336 days as of the San Bernardino massacre according to Wonkblog in the Washington Post: 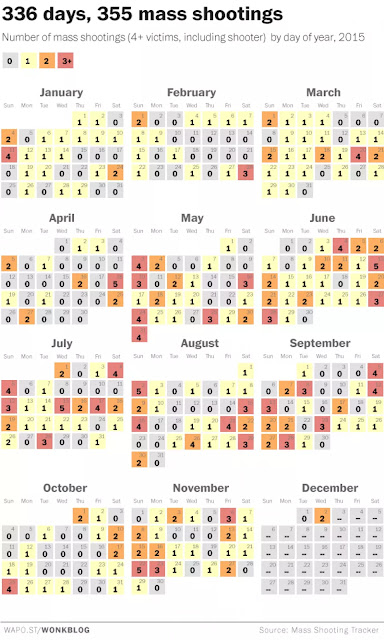 That is not too unusual, again, sadly for America. In 2013, by comparison, 363 mass murders happened during the entire year.

Clearly, not all of these mass shootings in America today, or for any of our recent history, are related to Islamist terrorism. If that had been so, we would have had full-scale, all-out warfare in in the streets of America long ago.

However, there is clearly a definitive strand of mass murders in America stemming from direct Islamist terrorism influence from ISIS and Al Qaeda beginning with 9/11 and now seeping into all areas of the nation. Some can now be traced to direct recruitment of American citizens by ISIS or Al Qaeda and possible training and indoctrination overseas before returning to America. Others are more likely copy-cat acts of terrorism inspired by ISIS and the allure of feeling like they are joining a worldwide jihad against western civilization for whatever reason they choose to say they are against western civilization.

We have a friend who is working in the counter-terrorism effort against ISIS in the social media field and he tells us that they are very sophisticated in their recruitment and marketing efforts through Twitter and other social platforms such as Telegram with enhanced encryption on-line.

The magnitude of the problem seems overwhelming, doesn't it? Such magnitudes of difficulty of solving the problem begets seemingly simple solutions such as 'Pass 100% Gun Control!' that become political bromides and bumper stickers but are quickly overwhelmed by the simple facts of there being 270 million firearms in the US today under a Constitution that has the Second Amendment freedom to bear arms.

Asking the owners of 270 million firearms to voluntarily donate their firearms to the US federal government under a strict gun control measure just because a President asks them to do so would be like asking the American owners of roughly 254 million automobiles and trucks to trade them in for bicycles because more deaths occur each year on the nation's highways, roughly 33,000, versus the 32,000 who die every year by guns in either a homicide of suicide.

It is just not gonna happen. Plus to assume that any of these Islamist terrorists, or any crazed mass murderer for that matter, is either going to turn in their weapons, register them or not steal one from someone else to inflict harm on others when they decide to do so is quite simply naive.

So what are we to do?

We have long been advocates of more and better direct access to mental health treatment for disturbed people who are exhibiting signs of mental illness. In the 1980s, when many mental health hospitals were closed around the country for various reasons, many of the laws that allowed family members to have fellow family members admitted to institutions before they did harm to themselves or others were repealed or rewritten to make such admittances more difficult due to individual privacy concerns.

That can still be addressed by this President and the US Congress and Senate. Tomorrow if they choose to do so.

But these Islamist terrorist-inspired or directed attacks on innocent people are an entirely different matter. They can't all be attributed to 'mental illness' inasmuch as they are clearly defining their own actions by the jihadist literature found in their homes, the internet chat rooms and conversations they leave behind.

These terrorist attacks are a means of war. If we can't or won't recognize that an enemy has declared war on us, how can we ever take the actions necessary to combat and ultimately defeat them?

Here's a very interesting and long article that you should read in its entirety over this weekend: 'What ISIS Really Wants' by Graeme Wood for The Atlantic magazine.

'(P)retending that (ISIS) isn’t actually a religious, millenarian group, with theology that must be understood to be combatted, has already led the United States to underestimate it and back foolish schemes to counter it. We’ll need to get acquainted with the Islamic State’s intellectual genealogy if we are to react in a way that will not strengthen it, but instead help it self-immolate in its own excessive zeal.

There is a deeply religious apocalyptic endgame to the ISIS strategy that involves the 'end-times' and the return of The Messiah very much like in the Christian New Testament in Revelation and the Jewish/Christian tradition in the Old Testament readings of Daniel and other minor prophets.

All of which ISIS fully intends to trigger. Not avoid.

The comparison to the Old and New Testaments stands to reason since the Koran and Islam is an off-shoot of the Old Testament to begin with, starting with Ishmael being banished from the tribe of Israel by his father Abraham and who wound up being viewed by Muslims as the ancestor to the Prophet Muhammad.

All those Sunday school mornings learning about Genesis and Daniel and Jesus, you never imagined it would come in handy one day trying to understand the motives of killer terrorists such as ISIS on a grand international geo-political foreign policy and American military defense strategic viewpoint such as today in 2015, did you?

Well, it did and it does today.

We are not sure exactly what it will take to defeat ISIS today or else we would have led with that opinion. We do recall that President Abraham Lincoln at the start of the American Civil War took extraordinary measures including the suspension of habeas corpus when Washington DC was virtually surrounded by rebels on the Virginia and the Maryland front. He took Baltimore by force in order to insure that Maryland would not secede with the Confederacy and put federal Union troops there to protect the harbor and not allow a further envelopment of the nation's capital during that time of declared war against the Union.

Presidents have taken unusual and extraordinary steps in the past when it came to protecting and defending the US Constitution such as they interpreted the threat at the time.

However, we do know that until and unless this President, President Obama, decides to lead us in what it will take to defeat this common enemy as we know it now to clearly be, he will have failed to fulfill the fundamental duty of a US president which is to help keep us safe from all harm, from foreign and domestic threats alike.

All Americans, whether we are conservative or liberal or moderate, or of any color, age, gender or socio-economic class want to feel like we are safe to do whatever we please each and every day, don't we? We always look to a George Washington or an Abraham Lincoln or a Ronald Reagan to be our Father Figure when we are attacked or there is a dark looming existential threat to us be it from Germany under Hitler or Japan under the Emperor.

We don't look to our President to cast off our collective fears by calling these ISIS killers 'the JV team' of Al Qaeda (they are not) or that 'this (San Bernardino massacre) could have been another case of 'workplace violence'.

How insulting to our collective intelligence is that?

The President might have well said this was caused by alien spacecraft whizzing past Earth as they laser-beamed Syed Farook and his wife, Tashfeen Malik's brains which caused them to shoot these innocent people at a Christmas party in a day care center for adults and children with developmental disabilities. That would have made as much sense as his assertion that, yet again, he thought some atrocity was just another case of 'workplace violence' which used to be called 'going postal' before the US Postal Service must have figured out how to control such shootings, somewhat at least.

Today, that existential threat is ISIS. And Al Qaeda. They are waging war against the United States of America and all of western civilization in a Islamist-inspired wave of terror to achieve their political, economic and yes, religious apocalyptic end-time goals as the Graeme Wood article explains in exquisite detail.

We can't ignore that fact any longer, Mr. President. It is time to call this what it is and to act with force and deliberation to quarantine and isolate any possible threat to the American public from any suspects who are lurking about to do further harm, damage and death to innocent American citizens.