One Year From Now 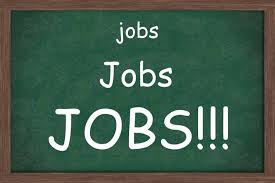 On November 8, 2016, we will elect a new President of the United States of America.

These momentous elections only come along every 4 years so you better make the right choice not only for you but the nation.

Just to put in perspective how important we Americans think our Presidential elections are, consider the following mind-numbing facts:


Now, we readily acknowledge that sports in America today is darn near close to a religious fervor in many cities and states across the country.

But doesn't it strike you as odd that electing a President, a person who makes decisions and sets policies for you that affect you and your families and friends every single day of your life, is considered just about as important as whether Russell Wilson can throw a touchdown pass on the last play of the Super Bowl (he didn't last time around) or whether Hussein Bolt of Jamaica can set world track record after world track record in the most recent Olympics?

We think electing a new President is about 10,000 times more important than any sporting event you can conceive. Whoever you choose, or allow, to be the 45th President of the United States of America will have their finger on the pulse of this country for the next 4 and possibly 8 years depending on their physical health and the re-election campaign of 2020...which will start 10 seconds after the results of the 2016 POTUS election are declared.

That being said, the most important thing you have to answer for yourself is this:

'Will the person I vote for on November 8, 2016 help me: 1) get a job; 2) make more money so I can take care of my family and 3) keep us all safe from ISIS, Putin and all the other crazy dangerous people running amok in the world today?'

There are plenty of other issues you can be concerned about: the environment, abortion, religious freedom, racial relations.

But when it comes down to it, you really have to vote for someone whom you truly believe will help make your life better and in most cases, that means opening up economic opportunities for you first and everyone else at the same time.

We came across these startling figures about the state of the American workforce in Forbes which might help you make your decision on November 8, 2016:

After 7 years of economic and fiscal and public policy initiatives under President Barack Obama, there AT LEAST 20 million Americans who want to find full-time employment who can't find it.

The numbers break down roughly as follows:


In addition, the workforce has had 14 million people drop out of it since December 2007 of which between 2 million and 5 million could be attributed to resignation that further job search efforts were futile and they just plain and simply gave up hope of finding a job.

In short, based solely on any objective analysis of the facts and numbers under the Administration of President Barack Obama, his economic policies and initiatives have failed to bring the US economy anywhere close to its full potential or employment maximum utilization.

As you listen to the candidates in the seemingly interminable debates in this seemingly eternal campaign (can we pass legislation limiting the Presidential Election to just 2 months like they do in England when they call for an election for a new Prime Minister and Parliament?), just keep asking yourself this one question:

'Will Hillary/The Donald/Bernie/Ben/Jeb/Marco/Ted/John/Chris or any of the rest of them have the best economic policies that will help me find a job in the next 4 years of the new presidential term?'

If you think you have found that person, by all means vote for them in the primaries next spring and in the general election next November 8, 2016.

Just under one year from now.